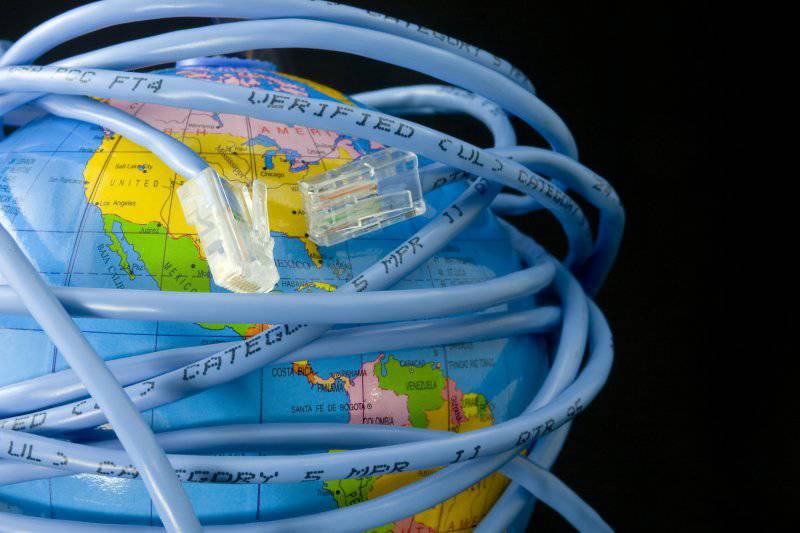 While the liberal public in Russia is seriously concerned about the law on the registration of bloggers, the United States government is preparing to put a yoke on every Internet user. The essence of the new mechanism of control over the behavior of citizens is that any American who wants to connect to the global network must receive a special identifier. No need to explain that it will untie the hands of the police, before which virtually endless possibilities will be opened. Mystery offense will become a reality, and the transition to a banned link may be the last "atrocity" of a law-abiding citizen committed outside the prison walls.

Major at the computer

Everyone knows a common joke about Internet censorship: they say that in order to control traffic, a major of special services should sit next to each computer. Apparently, this aphorism is also known in the USA, although it is interpreted there literally. So, Barack Obama, the Nobel Peace Prize laureate, who proudly calls himself a fighter for human rights, even in 2011, proposed to introduce personal identifiers for all Americans who have access to the global network.

To begin with, under the National Strategy for Trusted Identities in Cyberspace (or, more simply, NSTIC) program, it was decided to equip the US military with ID-identifiers. This immediately excludes the possibility that the new technology is planned to be used for peaceful purposes, otherwise why was the pilot project assigned to the military?

The Pentagon held a tender, according to the results of which 7 IT corporations immediately became the winners. Currently, the engineers of these companies are working to create a new mechanism for Internet surveillance - for this the government has allocated over 7 million dollars. The interim results are already there: the primary task - to provide the military with individual ID-identifiers - has been completed. Now it is necessary to solve the problem with the civilian population: unlike the army, it’s impossible to assign an identifier to everyone in an orderly manner.

To speed up the process of enslaving Internet users, PR agencies of private companies use various marketing methods. For example, they say that the introduction of ID-identifiers is a significant progress of electronic technologies, because now you do not need to remember your password, and the system automatically saves the interface settings. According to Jeremy Grant, coordinator of the NSTIC program, Bill Gates predicted the disappearance of passwords as early as 2004, and considered this a notable achievement. Hiding behind the authority of an entrepreneur, Grant tries to prove that the introduction of identifiers is an absolute good.

The purpose of such allegations is to attract as many Americans as possible into the trap prepared by the Pentagon. Perhaps in the near future there will be operating systems designed to work with ID-identifiers, where each desktop profile will be attached to a specific person, or personalized laptops with which only one user can work.

Jeremy Grant notes that now many companies are manufacturing electronics that allow you to identify a person by fingerprints. According to the expert, this is progress! But if such technology is combined with individual ID-marks, the American services will get unlimited possibilities when carrying out surveillance of citizens. Moreover, this threat concerns not only residents of the United States: recently, the world was shocked by a series of scandals associated with tapping the phones of high-ranking European officials. It cannot be excluded that in the United States they will try to use new mechanisms of surveillance in order to establish control over the policies of foreign countries.

The personal lives of millions of people are in private hands.

Commenting on the features of the NSTIC program, its leader Jeremy Grant recalls that ID-identification systems have long been introduced in New Zealand, Denmark, Norway, and South Korea. There, they are used mainly to provide access to public services and conduct Internet banking operations.

Grant claims that it avoids fraud. Private companies collect and store information about users, which, according to a specialist, is also an advantage: government services do not need to perform unusual functions and take responsibility for the safety of personal data.

However, here lies a new danger: the goal of any private company is to make a profit, so IT corporations can sell databases to intruders. Hackers will be able to easily obtain information about their victims in order to strip them to the skin. Also, do not forget about the role of the state: under pressure from the bureaucratic apparatus, any company can declassify information about its customers by providing the necessary data to government officials. It is not a secret to anyone that in the United States, under the pretext of fighting terrorism, they have long been watching their citizens, and for the sake of “restoring order” they do not disdain to interfere in a person’s personal life.

Something similar - Internet identification of users - is in Russia. Above the development of technologies to ensure the safety of the network, working specialists from the companies "Aladdin RD" and "Sitronics Microelectronics." In Russia, it is planned to introduce ID-identification in the framework of the “Electronic Government” project, since it is necessary to take care of the privacy of private information.

The United States takes a step towards totalitarian society

It turns out that Russia plans to introduce surveillance of Internet users by creating the same system as in the United States? No, this statement is wrong. Firstly, in Russia, when performing ID-identification, biometric parameters will not be used, and this is very important: only the provisional user name will be stored in the database, and not information about fingerprints, hair or eye color. No one will collect additional information about e-government customers without their prior consent.

Secondly, a database with information about users in Russia is in the hands of state corporations, not private companies. This guarantees the protection of information by the state.

Thirdly, Russia cannot afford the introduction of electronic technologies on the Western model, since the lion's share of software has been bought abroad. These programs may come as a “surprise”: too much Washington insists on reforming Russian institutions using the American experience. No wonder the Russian government has already abandoned the idea of ​​introducing biometric passports - the risk that personal information about citizens falls into the wrong hands is too high.

Of course, this problem can be solved with the help of Russian experts. Services programmers from Russia on the global labor market are highly ranked; It is believed that these experts are able to find a way out of any non-standard situations. Why not take advantage of their talents in order for Russia to have its own secure electronic control system?

Then it would have turned out to disarm the American special services, who expect to conquer the world with their cunning. No matter how wrong! Barack Obama's tricks effectively operate only in the United States, in other countries they turn into loud pshik. Even in Europe, whose leaders are still angry about tapping their phone conversations.

But the problems of the USA are the problems of the USA. If in a few years America turns into a police state, its citizens let themselves be fooled by the delights of the dictatorship. Already in the United States, the so-called “democratic values” have become a common screen for special services and political crooks. Republican institutions are powerless in front of the right to force, which billionaires and high-ranking officials use to meet their needs.

Ctrl Enter
Noticed oshЫbku Highlight text and press. Ctrl + Enter
We are
Results of the week. "And you do not confuse your personal wool with the state!"Results of the week. "A thief should sit in jail!"
Military Reviewin Yandex News
Military Reviewin Google News
23 comments
Information
Dear reader, to leave comments on the publication, you must sign in.