The French army is one of the strongest in Europe, despite the absence of external threats. 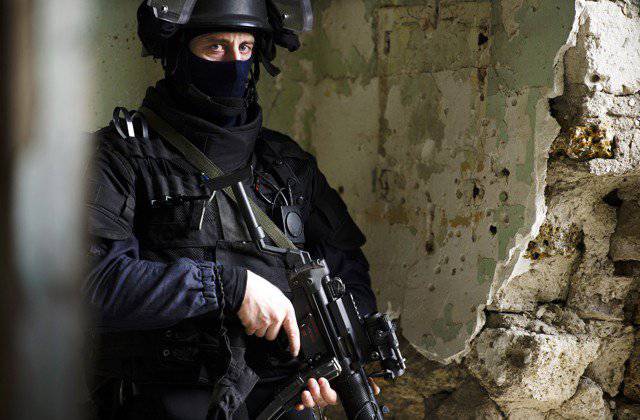 Its military industrial complex almost completely provides the armed forces of the country with weapons and equipment. Nevertheless, the geopolitical ambitions of Paris significantly exceed its military capabilities.

Having suffered a heavy defeat from Germany at the beginning of World War II, France, following the results of this war, was artificially returned to the number of not only winners, but great powers. For seven decades, Paris is trying in every way to maintain this status, demonstrating the huge ambitions that are generally characteristic of this country. France is one of the founders of NATO, while from 1966 to 2009, it was not part of the military structure of the alliance, demonstrating increased independence in military and international affairs. France is a nuclear power, ranks fourth or fifth in the world in terms of charges (after the United States, Russia, China and, possibly, Israel).

Geographically, France is a continental country, but militarily behaves more like an ocean power, actively developing Aviation and the fleet. Like almost all NATO countries, after the end of the Cold War, it switched from conscription to the hired principle of manning and significantly reduced its armed forces (armed forces), remaining, however, one of the strongest in the alliance and generally in Europe.

France has a powerful military-industrial complex, which almost completely provides the Armed Forces of the country with weapons and equipment. The exceptions are the American MLRS multi-launch rocket system (MLRS), the Javelin anti-tank missile system (ATGM), the E-3 and E-2 early warning radar aircraft (ARLO), some C-130 transport aircraft and some aircraft armaments. France develops and manufactures part of aviation equipment together with other European countries, primarily with Great Britain, Germany and Italy.

The ground forces have the headquarters of the rapid reaction forces and two divisions, but in peacetime the combat forces do not obey these headquarters. The ground forces are formed by 13 brigades: 1-I, 3-I mechanized, 2-I, 7-I armored, 6-I light armored, 9-I light armored "marin" (marines, which in France is organizationally part of ground forces, not naval forces), 11-I parachute, 27-I mining, reconnaissance, communications, transport, French-German, special forces. There is also the 3 Army Aviation Regiment, the 6 MTO Regiment, the 3 Marine Regiment in the overseas territories and abroad (Djibouti, Guiana, Reunion).

The gendarmerie can act together with the ground forces, although in peacetime it usually performs police functions.

In service is 254 modern tank Leclerc (considered the most expensive tank in the world, worth up to 10 million euros). In storage is another 152 Leclerc, as well as 177 obsolete AMX-30V2 tanks. 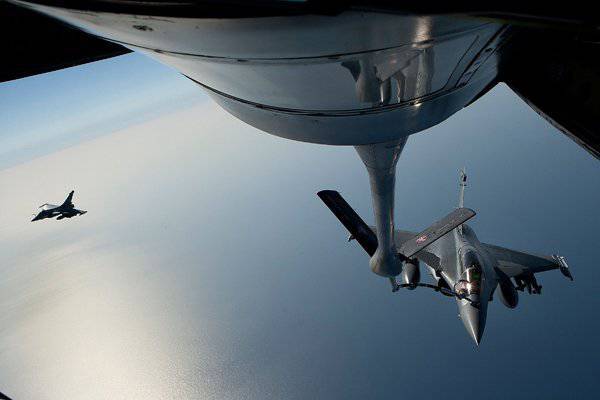 Troop defense consists of 882 MANPADS "Mistral" and a certain number of anti-aircraft guns.

Air Force organizationally divided into 7 commands. The strategic command is designed to deliver nuclear strikes, there are about 20 of the Rafale aircraft, all of the Mirage-2000N and all the C-135 tankers on its armament. On arms of the Joint Command are all other combat aircraft, as well as reconnaissance and electronic warfare aircraft. The command of air defense and air operations has DRLO airplanes and all air defense systems. Auxiliary planes and helicopters are in other commands: communications, information and intelligence; educational; support

As a combat, 8 reconnaissance aircraft Mirage-F1CR (still 29 in storage) and 110 training-combat Alfa Jet (still 41 in storage) can also be used.

Ground defense make up 5 squadrons of the newest air defense system "Mamba" (SAMP / T). Each squadron has 2 batteries, the battery has 4 — 6 PUs for 8 SAMs. They are designed to defend the air bases of the Air Force itself.

The naval forces in France carry the bulk of the country's nuclear potential. The 4 submarine nuclear-guided ballistic-missile nuclear-powered submarines of the Triumfan type are based on the Atlantic coast of the country. Each submarine carries 16 ballistic missiles (SLBMs). In total, the 48 SLXX M45 is in service; more advanced SLXNXX SLBMs, which the 51 is supposed to acquire, are being put into service. Both the M60 and the M45 can carry up to 51 nuclear warheads, with a total of available for these 6 SLBMs TN-290 YaBCh.

In addition, as part of the underwater fleet there are 6 Rubis-class submarines (all based on the country's Mediterranean coast); instead, it is planned to purchase a similar number of Barracuda-class submarines.

The only nuclear-powered aircraft carrier Charles de Gaulle is also based on the Mediterranean. Most of the time this not very successful ship is under repair. In France, the possibility of building an aircraft carrier with a conventional power plant instead is being seriously discussed.

Formally, there are no destroyers in the French Navy, ships of this class are called "1 rank frigates." These include 2 modern ship Forbin type, built on a joint project with Italy, 9 older ships (2 type Kassar, 7 type Georges Leghi), as well as 1 type Aquitaine. The latter are built according to the FREMM project, also jointly with Italy, in total they are supposed to build 11 (instead of “Kassarov” and “Legs”). In Italy, similar ships are considered frigates.

For the protection of the economic zone of the country, including overseas territories, 14 patrol ships are used, having a long cruising range with purely symbolic weapons.

The basis of the landing forces are 3 universal landing craft of the type "Mistral" (similar now for some reason being built for the Russian Navy). There is also an amphibious transport dock "Sirokko" and 2 amphibious assault ships of the type "Batral".

Naval aviation has 60 deck combat aircraft - 25 newest Rafale-M (still 9 in storage pending modernization, will be built before 20 machines), 35 of old Super Etandar (3 in storage). Also available is a 3 decked-off plane for early warning of the E-2C. At the same time, as mentioned above, the only aircraft carrier from which these aircraft can be used is more often under repair than at sea.

There are no foreign troops in the country, while France itself has contingents in its own overseas territories (Guiana, Polynesia, Reunion), as well as in former African colonies (Djibouti, Chad, Côte d'Ivoire, CAR, Gabon, Mali, Senegal) . However, these contingents are very small and, rather, symbolize the French presence. As recent events in Mali and the Central African Republic have shown, France seeks to use the troops of African countries as infantry, if necessary, because their soldiers don’t feel sorry for anyone. As a last resort, from the French side, the Foreign Legion is used, since no one’s own, and especially foreign felons, also feel sorry for themselves. Basically, the French are limited to technical and aviation support.

Given the geographical location and the complete absence of external threats, the capacity of the French Armed Forces is more than enough to ensure the country's defense. They can also be used for limited intervention. However, the geopolitical ambitions of Paris are much greater than its real military capabilities. After the completion of the Rafale production program, a quick reduction in the number of combat aircraft will begin (due to the release of the Mirage-2000), and a serious crisis threatens the aviation industry of the country, since the export prospects of Rafale are not obvious (it is very expensive) and no new programs simply no. In a very foreseeable future, the French Armed Forces will lose the ability to conduct even very limited independent operations. This is what explains the country's return to the military structure of NATO. However, the capabilities of the alliance as a whole are also rapidly declining.

Ctrl Enter
Noticed oshЫbku Highlight text and press. Ctrl + Enter
We are
List of destroyed the largest and most high-tech enterprisesMilitary reform as an integral part of the security concept of the Russian Federation: Systematic dynamic assessment
Military Reviewin Yandex News
Military Reviewin Google News
55 comments
Information
Dear reader, to leave comments on the publication, you must sign in.