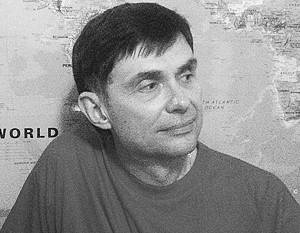 If the Supreme Radovtsy would love themselves, their children and grandchildren a little less, you know what they would do? They awarded the titles of Heroes of Ukraine to the leaders of the Donetsk Republic.


Are you kidding me? Clowning? Not at all, pure logic.

The second Maidan was made possible thanks to the success of the first. Then the crowd of the “enlightened ones” took the election commission hostage and forced them to recount the votes, not according to arithmetic rules, but by means of svidomy concepts. The frightened commission obeyed.

The second Maidan did not bother with the ballots, but immediately broke into the Rada with automatic weapons at the ready. The deputies who wished to live further, appointed the leader of the party that lost the election as president.

The rest were brought to the scene, having pressed the stars of Ukrainian, European and some Russian pop music. There they were put on their knees and were advised to pray before the eternal sleep, but then, so as not to shock the sponsors, they were released, having treated them with rifle butts.

If we compare these two events, it is easy to see how simplified the procedure of electing the president has been for nine years. And since in both cases the People “Kiev-style democracy” was shaval, then, obviously, one should soon expect the appearance of new Maidans.

And if, as is known, between the first and the second breaker is small, then the third, fourth and subsequent ones go by express - to the very white fever.

The next Maidan is booked on 26, after Petro Poroshenko, the popularly elected Bundestag and Congress, will be declared the winner. Timoshenko, who has not approached the State Department and his Brussels Euro-branch, is the organizer.

Mikolo, Petro, Necro, Narco, Pedo and others will easily gather for Euro and Julia Maidan. Any scumbags capable of gathering a couple of thousand boys with bats in the Square of Nezalezhnosti and a couple of dozen with sniper rifles will declare themselves the current government.

The Cossacks on the ground will have to cling to cracking chubas and watch in the barred window as the crowd storms the store, where the remains of the last interfallement remained.

It seems that everyone in Great Ukraine agrees with a similar scenario. All but the residents of the three regions. Only there were people who did not want a future for their children in Petliura-Makhnovsky Gulyaypole.

Some of them have already paid with their lives for their unwillingness to live in a country where presidents are overthrown by request from the White House, as in the banana republics praised by O'Henry.

What will happen to those who are still fighting is unknown. Against them, the whole "free world", which has the habit of spraying democracy from heavy bombers. For them, only one country that has a lot of its problems.

However, whatever happens, the Donetsk uprising will surely make the following maydanogeroy think. Minus one fifth of the territory after each rebellion - bad arithmetic.

In the meantime ... For now, the population of Ukraine is not up to the calculations. Some sit in the trenches in anticipation of feeding from the compassionate "separatists." Others are waiting for the promised container from Europe with lace panties (remember the most popular poster on the Web from Maidan?).

It would be nice to have a couple more bales of pants in the package. Their often alternating presidents of banana republics, for lack of trousers in the treasury, are worn with worn field marshal's camisoles.

Ctrl Enter
Noticed oshЫbku Highlight text and press. Ctrl + Enter
We are
Albert Pirmanov. Help, save! ...How I was held in this election
Military Reviewin Yandex News
Military Reviewin Google News
18 comments
Information
Dear reader, to leave comments on the publication, you must sign in.