20 May 2014
81
After statements by representatives of the authorities of the Donetsk and Luhansk People's Republics that they are going to open their borders with the Russian Federation, Kiev decided to strengthen these particular sections of the “Ukraine”-Russian borders. Information about the fact that the Kiev authorities are going to put additional border units near the borders with Russia was presented by the Assistant Head of the State Border Service of Ukraine, Mr. Astakhov. 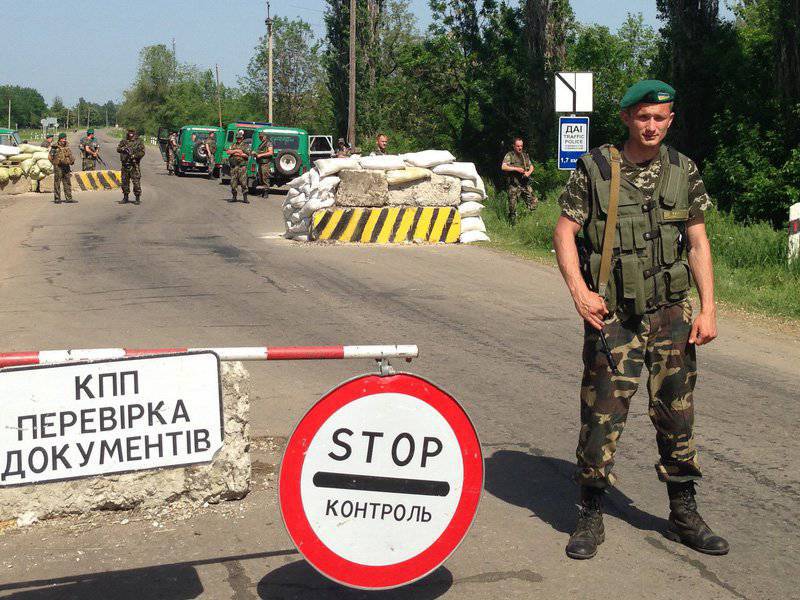 Given the worsening situation in the eastern region, the leadership of the State Border Service of Ukraine appealed to the top leadership of the state with a request to strengthen border security within the Lugansk and Donetsk regions with units of the armed forces.

In addition, official website of the State Border Service of Ukraine explains in more detail (in the original manner) why the Ukrainian side went to such actions with specifying the actions themselves (spelling and punctuation are preserved - note “VO”):

This is due to an increase in attempts by radical groups and individuals to destabilize the social and political situation in the border regions of Ukraine, including through attempts to illegally move sabotage and reconnaissance groups across the border, weapons ammunition and means of terror.

Considering the existing threats, changes have been made to the border guard system within the Luhansk region, its density has been increased, and the border control has been strengthened in areas of all departments of the border service. These activities are carried out at the expense of reserves of the Chairman of the State Border Service of Ukraine, the forces and means of the Eastern Regional Administration. Among other things, in the area of ​​responsibility of the Luhansk detachment, from the end of last week, checkpoints began to function to cover the border service departments and checkpoints. In general, there are more than 10 roadblocks equipped with more than 300 military personnel. During the period of operation of these checkpoints, five radically inclined persons were discovered and not missed, who were sent to destabilize the situation in the settlements.

In addition, the system of interaction with units of the Armed Forces, the Ministry of Internal Affairs, the National Guard and the Security Service of Ukraine, which take part in the antiterrorist operation, has been corrected.

On the main page of the website of the State Border Service of Ukraine in accordance with the new Ukrainian tradition, an appeal has been published for citizens of the country to provide "charitable financial support to border guards and their families."

Sergey Astakhov, an employee of the State Border Service of Ukraine, said that earlier the strengthening of border control measures had been carried out on other parts of the border with the Russian Federation in Chernihiv, Kharkiv and Kherson regions. This statement can be considered sensational, because the Kherson region borders on the Republic of Crimea, which Kiev does not recognize as a subject of the Russian Federation. The words of Mr. Astakhov, however, indicate the opposite: the State Border Service of Ukraine actually recognized the territorial and administrative affiliation of the Crimea peninsula of the Russian Federation.

Ctrl Enter
Noticed oshЫbku Highlight text and press. Ctrl + Enter
We are
Reports from the militia of New Russia for 27-28 September 2014 of the year
Military Reviewin Yandex News
Military Reviewin Google News
81 comment
Information
Dear reader, to leave comments on the publication, you must to register.