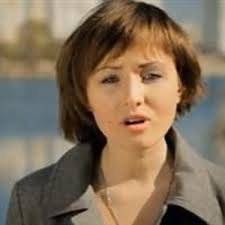 The events in Ukraine, which became the "trigger" of many complex world processes, after violent informational (and not only) assaults of the warring parties on each other flowed into the "positional" phase, and this could not be otherwise, because "the eternal flame is impossible, the heart needs relax".


From the thick smoke of expert opinions, analytical forecasts and historical The dividing line, which scattered yesterday's friends, friends and even relatives, appeared on different sides of the information. It did not run explicitly, across the expanses of Novorossiya or Slobozhanshchina, but secretly - through the souls and hearts of people. She deprived us of a wealth of opinions, making everything around only black and white, such is the inexorable logic of opposition. Obeying her in an insignificant period by historical standards, the senior warrant officer from Ulan-Ude is surprised to realize that the German independent journalist suddenly became closer to him than his Slavic brother from Kiev.

For half a year we together resented the openly cynical pragmatism of the Atlanticists, once again trying to postpone their sunset, this time at the expense of our blood. We were furiously grieved by burned in our merry Odessa, and, of course, we also had common small joys - when another victim of Ukrainian education in response to our “brainstorming” could only speak weakly and ridiculously: “Id hoot, hoyda ! ”

But is it possible to prove one’s own, even undoubtedly right, right now? In my opinion, no. Only from there, from the misty distance, where circles from the bursts of stones scattered by us come to naught, the ridge of the historical event, freed from the strata of momentaryness, will be seen in the experience of the descendants. And we have to accept it. For all arbitrarily truthful arguments, also coming from the opposite side, retreat before the formed attitude of a significant part of people, this is an obscure substance, called either identity, or community, just something that is not measured in barrels or in volatility coefficients, or It expires by a lie from the speeches of politicians, it simply settles in the words of Nastya Dmitruk.

It is easy to start hating people who bring fiery sacrifices to their convictions, but it is not easy to understand what kind of guilt torments you when you hear these words of insult and rejection. It is easy to articulate one’s attitude towards Biden’s visit and it’s not easy to find an answer to these sincere intonations of contempt and pity for us. When you listen to this apparently good girl, the consciousness of how far everything has gone on our way to a society of bright individuals involuntarily comes, how everything that once connected us has become thinner, and because of this, our hands are compressed.

I was still waiting for someone to see an equal response to her in the open spaces so that he, this answer, at the same time approved me in the convictions that had been with me all my life, but did not see him either in the “banter” of young borzopistv or stylistically mirrored imitations of recognized masters. But he did find me himself, and he came, as usual, from our common past, filled with meaningful creation, a work that leaves no room for strife, which created such a foundation with work that it was not “eaten” by many years of our escape from each friend He did not sound like an angry rebuke to a stranger, but as a paternal edification of a lost daughter that “we will never be brothers” Nastya got excited. For me personally, he is full of symbols of our great community.

The fact is that the other day, the old teacher Claudia Lukiyanovna left the old Russian-Ukrainian village in the south of Kazakhstan, where so far without embarrassment, the descendants of the Aryans, the Iranians and Garni Kazakh couple, “shock” and “gekayut”. She went to live in the capital of her homeland, the city of Almaty, and she, like every Soviet person, needed to put in good hands the best friends of the Soviet person ... books. And my wife is Russian from Kharkov, she works in two jobs to support my son, a student from Odessa. Here, right to her wise legs of a librarian and musician, fell, revealing on the 237 page, my answer, which she silently, with understanding extended to me. I share with you, friends, maybe he will console you.

Middle of the dark,
Middle of quiet lani
Glorious misty beauty
And some churches there,
Forty forty
And those are call for Moscow.

I have a great time,
I make a noise like wine
I color, nache on suni,
And they live there brothers
Scho us s iti
Our military brothers defencists!

Mi for his will
Worth in battle
Unbreakable location, -
We found in vikah
Happiness clear shill,
If our Kiev be buried in Moscow!