Why was 21 May as the main date chosen as the starting point? There is a simple explanation for this: it was 21 of May, in the distant 1731 year, by the decree of Anna Ioannovna that the beginning of the creation of the Okhotsk naval fleet was laid. The name of the flotilla speaks for itself: it was in Okhotsk, a settlement that now administratively belongs to the Khabarovsk Territory and is located on the shores of the (Okhotsk) sea of ​​the same name, a ship formation was created, whose tasks included both patrol service and protection of fishing activity Far Eastern lands of the Russian Empire.

In Okhotsk itself, ships were built up to the 1731 year. So, in 1716, it was here that the first Far Eastern vessel of Russia was built. The name of this vessel, created under the leadership of the head of the first Far Eastern expedition Kuzma Sokolov, "Vostok". In the same year, when Vostok boarded the water, Kuzma Sokolov undertook a risky sea voyage to the Kamchatka Peninsula together with another sailor, Nikifor Treska, known as a man who later explored the South Kuril Islands. The Tigil River, which was strategically important for the development of the whole of Kamchatka, became the final destination of the Vostok campaign. The sailors themselves spent the winter in Kamchatka, and already in 1717, they went back to the “mainland”, creating a significant array of materials dedicated to laying the sea route to Kamchatka and back.

Less than a year after the release of the aforementioned decree of Empress Anna Ioannovna, the first navigation school in the Far East was opened in Okhotsk. The initiator of the opening of the naval (Cossack) educational institution here was Vitus Bering. Historians tend to believe that it was Bering’s request to the empress, dated 1730, that was why Okhotsk was subsequently chosen as a settlement for the formation of the Far Eastern flotilla, called Okhotskaya in 1731.

Through 6 years after the beginning of the development of the flotilla in the Pacific Ocean was laid, the famous “Saint Peter” and “Saint Paul” packet towers (two-masted ships) were launched. These ships were used by the Bering detachment to study the Far Eastern longitudes of the Russian Empire and beyond.

However, the ships that were present in the flotilla in the 18th century were not enough to fully consolidate in the region and solve strategically important tasks. Only in 1799, the flotilla becomes powerful in the military. It was at this time that Emperor Paul I decided to send a group of 6 warships under the command of Ivan Konstantinovich Fomin to Okhotsk. Frigates and small ships that were included in the group of Rear Admiral became the nucleus for the further development of the military component of the flotilla on the eastern borders of the Fatherland.

In 1849, the Okhotsk flotilla ceases to exist, but the Russian naval presence in the Pacific does not cease to exist. A reformatting of the connection takes place, as it were now said, with the assignment of a new name to it. The flotilla becomes Petropavlovsk due to the fact that Petropavlovsk-Kamchatsky was elected as its main port (at that time, Petropavlovsk Harbor, which received its name from the combination of the names of the Bering detachment ships). Some fleet historians say that the name of the Okhotsk flotilla lasted until the 1856 year, when the base was transferred to Nikolaevsk-on-Amur, and the flotilla itself was called Siberian.

1854 year was the year when the Far Eastern flotilla of the Russian Empire, not only proved its worth, but also covered itself with unfading glory. It was in the 1854 year (at the height of the next Crimean campaign) that the united group of warships of Britain and France attacked the Russian Far Eastern frontiers, trying to tear away from it a significant part of the coast and weaken its positions at sea. The commander of Petropavlovsk defense was the genius Vasily Zavoyko, who resisted Febriet de Pointe and David Price, who found death in Petropavlovsk in the same year of 1854. The Anglo-French forces were significantly higher than the Russian ones, but Zavoyko’s tactics allowed the enemy to inflict a crushing defeat. 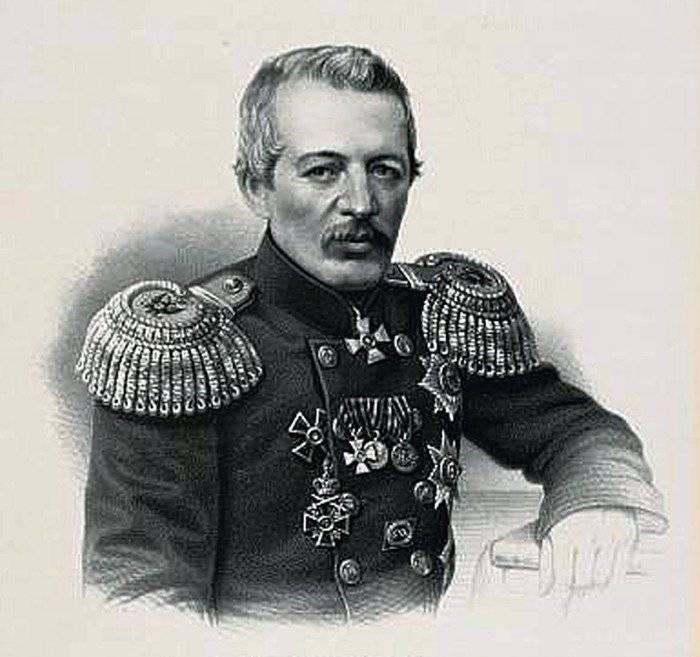 In 1871, Vladivostok becomes the main base of the flotilla, where the fleet headquarters is located to this day.
One of the most famous ships built in the 19th century for the needs of the Russian Navy in the Far East is, of course, the Varyag armored cruiser, which became a symbol of the toughness and courage of Pacific sailors. Even the enemy appreciated the heroism of the Varyag crew. After the end of the war with Russia, the Japanese opened a museum of the memory of sailors who fought on the Varyag, and the captain of the cruiser Vsevolod Rudnev was awarded the second most important order of the Japanese Empire - the Order of the Rising Sun. 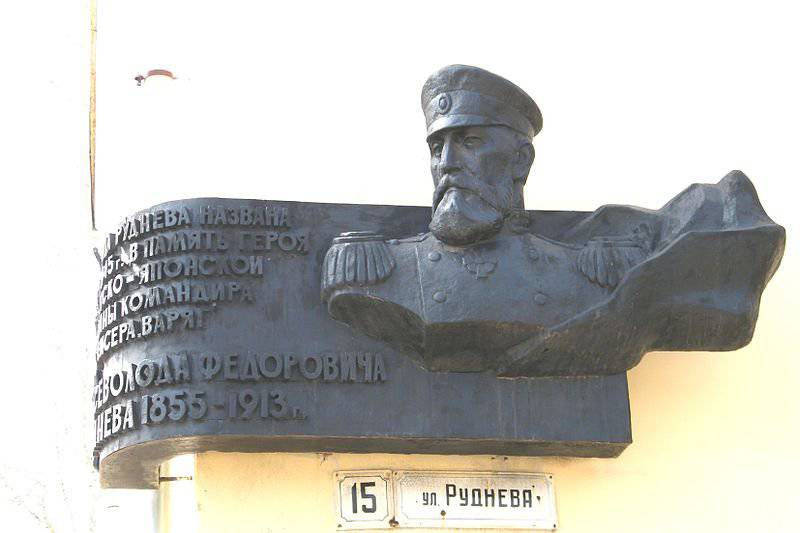 By the beginning of World War II, the USSR Pacific Fleet included: 2 brigades of surface ships, a brigade of torpedo boats, 4 brigades of submarines, 9 aviation regiments, 11 air squadrons, coastal artillery, separate groups of support vessels. The Pacific sailors took part in the largest battles of the Great Patriotic War. The total number of Pacific Fleet sailors who participated in the battles of the Second World War is about 150 thousand. The Pacific men fought to death in 1941 near Moscow, defended the Arctic and fought for the Caucasus, it is difficult to overestimate their contribution to the defeat of the Nazi troops in Stalingrad, in Sevastopol, during the breakthrough of the Leningrad blockade. The sailors and naval pilots of the Pacific Fleet made a huge contribution to the success of the Manchurian operation.

For military merit and mass heroism, the Pacific Fleet was awarded the Red Banner on the 20 anniversary of the Victory.
Today, the Pacific Fleet of Russia is a successor of glorious traditions, a pillar of the state on the eastern frontiers. Its commander Sergey Avakyants graduated from the Black Sea VVMU named after PS Nakhimov in 1980, the Navy Academy named after Admiral of the USSR Fleet NG Kuznetsov in 1991 and in the 2007 year - Academy of the General Staff of the Russian Armed Forces. The flagship of the Russian Pacific Fleet is the Varyag Guards missile cruiser, which received this glorious name in the 1996 year. 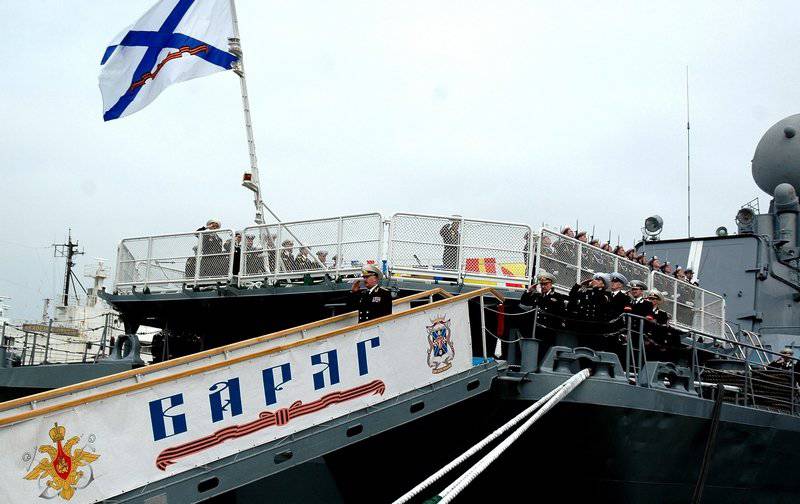 Congratulations to all the personnel of the Pacific Fleet, veterans of the Pacific Fleet and all those who feel their involvement in the Pacific component of the Russian Navy, with the holiday! May the Pacific Fleet continue to be the most important pillar of the country's security and our common pride!
Ctrl Enter
Noticed oshЫbku Highlight text and press. Ctrl + Enter
We are
Holiday "invisible" soldiers. To the Day of Military Intelligence of the Russian FederationThe action “Military service under the contract is your choice!” In Rostov-on-Don: future contract servicemen, exhibitions and “Russian Knights”
Military Reviewin Yandex News
Military Reviewin Google News
39 comments
Information
Dear reader, to leave comments on the publication, you must sign in.