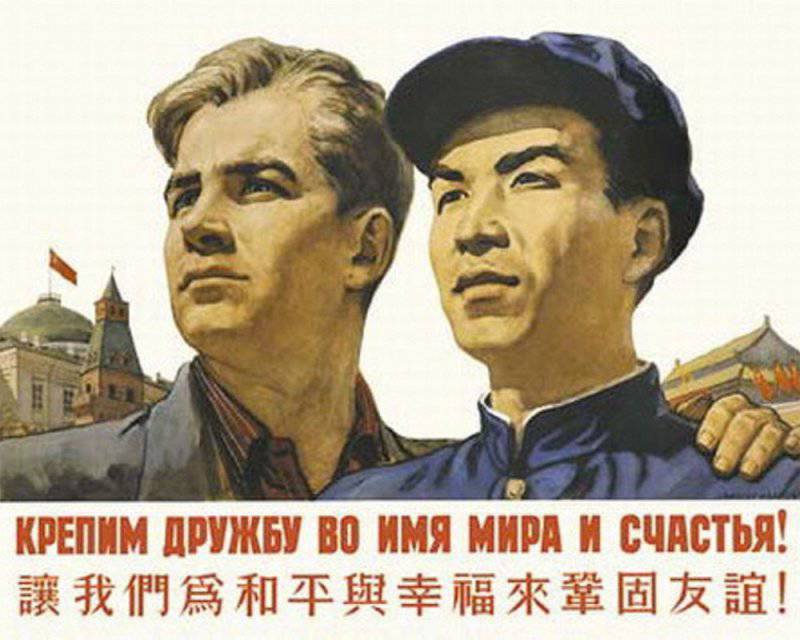 The show has begun. Receptions, negotiations, meetings, signing a bunch of agreements and projects. Russia and China are starting a rapprochement again. I hope historical.

Say thanks to Obama. If it were not for his voyage to Malaysia, the Philippines, South Korea and Japan, it would hardly have happened so quickly and joyfully. But - better this way.

So what do we have in perspective? With Europe quarreled is not final, but the relationship strained. Sanctions, sanctions, attempts to undermine Russia's economic and political interests. The atmosphere is not heated, but heated up pretty.

And here is such an unexpected one. It turns out that Europe is not the center of the universe. And they want to be friends with Russia not only in the West, but also in the East. Even if the East is a delicate matter. Both gas and oil will be taken at European prices without being cut off. No favor. And the contract will be signed not on 10 years, but with a truly oriental scale. At thirty. Let and bargain from the heart. But, so, apparently, accepted.

And planes to build and helicopters. And in general, peace, friendship, chewing gum.

The only thing that makes you wonder is technology. There is no doubt that the Chinese industry is the most powerful Xerox. And the fact that the Chinese are keen on any progressive technologies has been tested over the years. Just give.

And the second moment. I do not want to say that China has become friends with us because of the American stick. But - the stick is present, whatever one may say. May, of course, the opinion is exaggerated. But it all hurt quickly. And quickly, as you know, only what things are done?

China has never missed its benefits. On that, as they say, is the Celestial. Because, apparently, with all legs and hurried to take a place completely surreptitious Europeans. Well, the United States in the ATP is also not bad. That in alliance with today's Russia is also quite possible.

It may seem to me that this moment is unpleasant. This is not true. As an ally, China is more significant and profitable. What is economic, what is political. About the culture just keep quiet. Bearded female members there are not exactly exposed as an achievement of culture.

The official newspaper China Daily estimates that there are 30 million gays in China. Non-traditional relations in the PRC have been banned for a long time. Only in 1997, homosexuality is no longer considered a crime. Until 2001, homosexuality was considered a mental disorder. 30 million compared to one and a half billion - it's not even a drop in the ocean. And they sit quietly, without parades.

Third moment Earlier, when the friendship of the USSR and China began in 1946, China was the “younger brother”. Now at least a full ally. Partner language does not turn to call.

In general, the turn from west to east as a response to Euro-American sanctions took place. We will see what comes of it.

I am frankly surprised that the US administration has so clearly pushed the two powers into a friendly embrace. Moreover, I am confident that these actions indicate that American (and European) diplomacy is ordering us to live long. Such diplomacy can not be lifted from the plinth, even a Viagra car.

Well, ordered - we will. The energy and technological potentials of Russia plus the economic potential of China ... no, in the States it was once again foolishly foolish. And obviously in black.

Well, since the Russian with the Chinese are again brothers forever - so be it.

In an interesting time, we still live, the Russians.

Ctrl Enter
Noticed oshЫbku Highlight text and press. Ctrl + Enter
We are
Royal Malaysian Special ForcesSituational analysis of the death of the MH17 flight (Malaysian Boeing 777), made on the basis of engineering analysis from 15.08.2014
Military Reviewin Yandex News
Military Reviewin Google News
84 comments
Information
Dear reader, to leave comments on the publication, you must sign in.