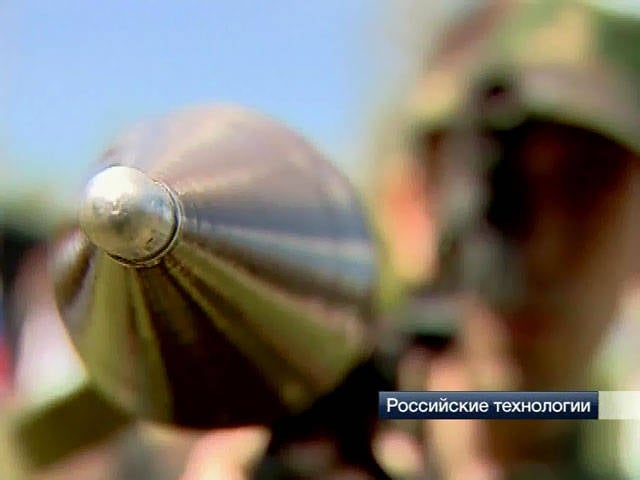 Kanonada in honor of the hero of the day. Scientific-production enterprise "Basalt" - 95 years. The peaceful name from the field of geology has no relation to the igneous rock. He was given for conspiracy.

"In Soviet times, all enterprises that were particularly sensitive were invented by some legends, so they came up with a name so that it would not in any way speak about the true direction of the enterprise. This is the 95 anniversary of the establishment of the enterprise, which was created by order of the deputy commander in chief General Alekseev in 1916 year ", - reveals the secrets of the Soviet defense camouflage general director of FSUE NPP" Basalt "Alexander Rybas.

In those years, "Basalt" was called the Heavy Artillery Repair Workshop. Abbreviated Mastyazhart. Mainly, howitzer repair for the fronts of the First World War. However, by the thirties, there were engaged in the release and aerial bombs. Production did not stop even when the enemy stood at the walls of Moscow.

"I must say that almost percent of the 95 bombs that were in service with the Soviet Army and that helped lead our army to victory in Berlin are bombs created by Basalt," says Alexander Rybas, not without pride.

The development of aviation ammunition is still one of the priorities of the "Basalt". Here they even created a novelty, quite unexpected for a defense enterprise, a fire-extinguishing bomb.

However, more than the company became famous, as the military say, "means of close combat": hand grenade launchers and ammunition to them.

RPG-7 has become a real business card of Basalt. The original design of the barrel of the legendary "Seven" has increased the weight and power of a reactive grenade. From their predecessors RPG-2, -4, -6, the G-7 was also distinguished by an almost complete lack of recoil when firing.

“This masterpiece has existed for 50 for years, and is popular not only in our country, but also beyond its borders,” Vitaly Bazilevich, the chief designer for the melee of FGUP NPP Bazalt, suits.

In the capable hands of the grenade thrower, he became formidable weapons combat armored vehicles, refuting the saying that "alone in the field is not a warrior."

In terms of its popularity in the weapons market, the RPG-7 is quite comparable with the Kalashnikov assault rifle. Today the grenade launcher is in service with hundreds of armies in the world. The fact that the fans of computer games - "shooters" - RPG-7 - in the first place speaks about popularity.

For half a century on the "Basalt" they invented six types of rocket-propelled grenades, the so-called "shots", to the "seven". We started with the ammunition, which pierced the armor in two and a half centimeters.

However, at the beginning of the 80-x armored vehicles overgrown with a new type of multi-layer dynamic armor, which conventional cumulative grenades could not cope with. Then the "basalts" and came up with a "summary". So originally called the new tandem type ammunition.

"And in order to hit this object, tandem ammunition was created. That is, 2 combat charges were created, arranged one after the other. One, smaller caliber, front precharge, which worked on dynamic protection, took off as it were, and then the main part approached the main armor and struck her, "- explains the principle of" work "of such a projectile chief designer for special means of close combat FSUE NPP" Bazalt "Vitaly Basilevich.

However, its "Summary" in stories confrontation between man and military equipment at the NPP "Basalt" are not going to put an end to. Almost according to the law of physics: any action gives rise to opposition. Therefore, until the armor protection is improved tanks, another design idea will be inventing new ways to overcome it.

We are in Yandex Zen
Explosions near Samara: the cannonade does not subside
JSC "NPP Star" 60 years - normal flight!
2 comments
Information
Dear reader, to leave comments on the publication, you must to register.