Obama vs Israel and Syria 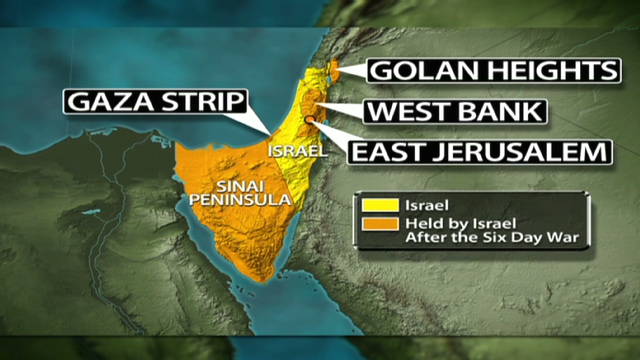 In order to finally blow up the Middle East, to organize little revolution and unrest in the Arab countries, there is another powerful "mine" - this is Israel. And in recent years, provocations against him have become more and more frequent, since he has many weak spots, and in fact he has no friends, he even managed to quarrel with neutral-friendly Turkey.


US President Barack Obama, speaking on 19 in May with a speech on the situation in the Middle East, demanded that the leadership of Israel return to the borders of 1967 of the year, that is, finally review the results of the so-called Six-Day War. And this is a few days before Israeli Prime Minister Benjamin Netanyahu arrives in the United States. Obama said: "The United States is confident that as a result of the negotiations two states should be formed and the permanent borders of Palestine with Israel, Egypt and Jordan, as well as the permanent border between Israel and Palestine, should be established." The border between the two states, in the opinion of the American president, should pass along the 1967 line of the year.

Israel responded instantly, Benjamin Netanyahu categorically rejected US President 1967’s claim of the year, as it threatens the national security of the Jewish state, besides tens of thousands of Israeli citizens live in the territories to be returned, according to Obama. Mr Netanyahu stated that "a viable Palestinian state cannot be created to the detriment of the vitality of the only Jewish state in the world."

At the same time, Obama dealt a “blow” to Syria, Obama said that the head of Syria, Bashar al-Assad, should lead his state to democracy, or "get out of the way." Even before this speech, the US and the EU imposed sanctions against Syria - they “froze” the accounts of Assad and senior state officials, as well as a ban on their entry. Syria has criticized and called the speech of the US president "incitement." Syrian arabic news Agency (SANA) said the US is interfering in the internal affairs of Arab countries, including Syria.

Help: Six Day War (5 Jun - 10 Jun 1967)This is the war of Israel against Egypt, Syria, Jordan, Iraq and Algeria. In this war, Israel won a decisive victory, during the first day, destroying most of the air forces of the opponents, and then defeating their troops. The Sinai Peninsula, the Gaza Strip, the West Bank, East Jerusalem and the Golan Heights were captured.

In connection with these statements, which “smell” new wars and a lot of blood, since there are very sore questions for both Jews and Arabs, one question with Jerusalem is worth it. We can recall one very interesting, fantastic book by Yu. A. Nikitin: “The Last Fortress”. There, the plot is based on the fact that Globalization in American style ends and the “Last Fortress” on the path of the “New World Order” remains Israel. The Jews living in Israel, for the most part, have ceased to be a "mafia", outcasts from their homeland and rose to death against the United States, such is the "last bastion". As a result, Israel is destroyed by the might of the “international contingent”. Hebrews need to "wind on their heads" - Israel is no longer needed in the "world behind the scenes", this is only the beginning ...

We are in Yandex Zen
Results of the week. "He flew away, but promised to return!"
Israel and the Iranian nuclear issue: pause or retreat?
20 comments
Information
Dear reader, to leave comments on the publication, you must to register.