Timor-Leste war: the strongest does not always win 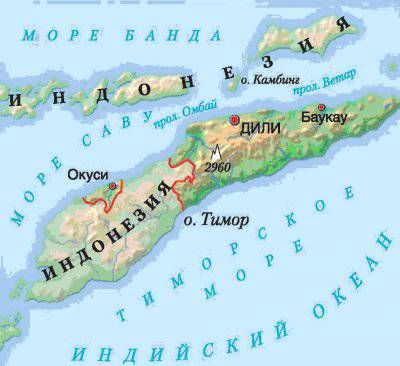 20 May Independence Day marks East Timor. This small island state gained sovereignty relatively recently - in 2002, after a long struggle for self-determination, which has more than one decade.


History The struggle for independence in East Timor (Timor Leste) is a story of bloodshed, inattention from international organizations, the policy of "double standards." In 1990, events in East Timor were widely covered by both international and Russian media. The main reason why we are interested in the fate of this distant island country is that it gained independence not only against its powerful neighbor Indonesia, but against the interests of the United States of America.

East Timor is part of the island of Timor in the Malay Archipelago, plus two more islands - Atauru and Jaco, as well as the small province of Okusi Ambeno in the western part of the island. Most of the population of this state (and in aggregate it is just over a million people: according to the 2010 census - 1 066 409) are representatives of indigenous Austronesian tribes who lost their tribal identification due to mixing and assimilation. On the island they are called "Mestiz", or simply the Timorese. The Austronesian and Papuan ethnic groups in the mountainous regions of the island have less numerous, but they have a clear ethnic identity.

As early as the 14th century, the first Portuguese travelers appeared on the island, seeking to assert the influence of the Portuguese crown in this part of the Indian Ocean. But in order to finally turn the eastern part of the island into a Portuguese colony, it took about two hundred years. And, accordingly, 273 of the year - from 1702 to 1975. - East Timor belonged to one of the largest colonial empires - the Portuguese. 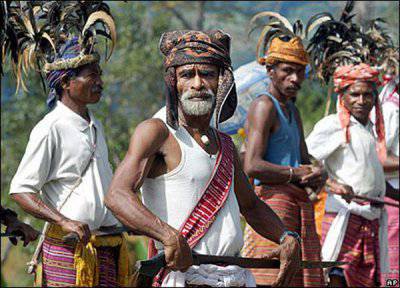 Among the other Portuguese colonies, East Timor was particularly underdeveloped. Specialization in the cultivation of coffee and rubber, however, did not allow the colony to cover even their own needs. But significant and regular financial injections required the maintenance of the combat capability of the military garrison. Despite the fact that the island in 1859 was divided between the Netherlands - the “metropolis” of the rest of Indonesia, and Portugal, the danger of redistribution of the territory of the colony always remained. The human losses of the island’s indigenous population during the years of colonization are incalculable.

Despite the constantly flashing anti-colonial uprisings, East Timor remained under Portuguese control after the end of the Second World War. But over the course of four years, Australian military units were stationed on the island, to which the main burden was laid to prevent the invasion of Japanese units in Australia. And the losses of the local population are impressive - from 40 to 70, thousands of Timorese died during the war years, fighting on the side of the Australians.

In the east of the island of Timor, the FRETILIN - Revolutionary Front for the Independence of East Timor led the anticolonial struggle. Ideologically and practically, this organization traced the national-liberation parties of the left orientation in the African colonies of Portugal - the Angolan Labor Party (MPLA), the Mozambican FRELIMO, the PAIGC in Guinea-Bissau and Cape Verde, the MLSTP in Sao Tome and Principe. 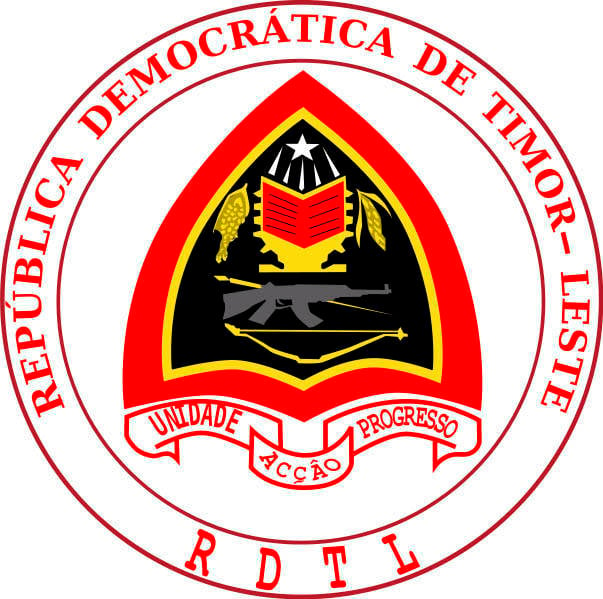 However, unlike the African colonies of Portugal, the FRETILIN was never destined to come to power in the 1970s. The overthrow of the authoritarian regime in Portugal in 1974 entailed the processes of sovereignty in its colonies. Angola, Mozambique, Guinea-Bissau, Cape Verde (Cape Verde Islands), Sao Tome and Principe declared their independence and were recognized by the world community. East Timor, where sovereignty was proclaimed under the leadership of Fretilin, faced another problem. Indonesia, a powerful neighbor whose level of development and population is incomparable with East Timor, opposed the prospect of coming to power in the new sovereign state of left-wing pro-Soviet forces represented by Fretilin. In the elections in the spring of 1975, the FRETILIN received a majority of votes, after which armed clashes between supporters and opponents of the front began.

The independence declaration of the Democratic Republic of East Timor 28 in November 1975 was virtually ignored by the world community, and was recognized only by Albania and several African countries (Guinea, Guinea-Bissau, Cape Verde, Sao Tome and Principe). As we see, the Soviet Union and the countries of the Soviet bloc, including the closest to the USSR ex-Portuguese colonies Angola and Mozambique, abstained from recognizing East Timor. Because of the small island territory, no one was going to quarrel with Indonesia, and the prospects for the sovereign existence of a small republic seemed rather vague.

Indeed, the day after independence was proclaimed, 29 in November 1975, Indonesian troops invaded East Timor, and on December 7 occupied its capital, Dili. The years of occupation came, stretching for two and a half decades. Indonesia proclaimed East Timor its province. However, from the first days of the occupation, it became clear that the new province was still that “bone in the throat” at the ruling circles of Jakarta. FRETILIN supporters retreated to the jungle and moved on to a guerrilla war in which they were very successful.

It should be noted that, despite their ethnic and linguistic kinship, the people of East Timor do not feel united with the Indonesians. The territory of East Timor has developed for several centuries in the orbit of Portuguese influence, while Indonesia was a colony of the Netherlands. The Dutch did not seek to include Indonesians in their civilizational orbit, preferring to simply pump resources out of the colony. In Portugal, however, a somewhat different strategy of colonial policy prevailed, aimed at tighter integration of African and Asian subjects into the Portuguese world. In particular, the majority of the population of East Timor during the years of Portuguese colonization turned into Catholicism, while Indonesia remained Islamic. Currently, Catholicism professes 98% of East Timorese, that is, it is a Christian, Catholic country.

In the case of East Timor, both the United States and their closest partner in the South Pacific, Australia, have applied their usual practice of double standards. The dictatorial regime of Suharto, who ruled in Indonesia, received full support in "addressing the issue of East Timor." At the same time, the identity of the inhabitants of East Timor to the Christian world and the obvious danger of their oppression in case of joining Indonesia are not taken into account.

The horrors that befell East Timor during the years of the Indonesian occupation are impressive even in comparison with several centuries of colonization. So, only one figure in 200 000 of the dead speaks about the true scale of the tragedy. With financial and technical support from the Anglo-American bloc, Indonesian troops carried out a systematic massacre of the island’s population, destroying not only representatives of the resistance, but also ordinary civilians. As always, the United States and its European allies in this case turned a blind eye to the war crimes of the Suharto regime. The resistance to the Indonesian occupation was led by Fretilin, whose armed units continued to control entire territories far from the capital, Dili.

An unexpected twist to the history of the national liberation struggle in East Timor was received in 1998. The economic crisis contributed to the overthrow of General Suharto in Indonesia. His successor, Habibi, agreed with Portugal to hold a referendum on the status of East Timor. In an effort to influence the course of the referendum, the Indonesian military stepped up violence against civilians. And yet, 30 August 1999, a referendum was held. 78,5% of East Timorese were in favor of sovereignty. After three years, during which the situation in the country was resolved with the mediation of Australian peacekeepers, she received a long-awaited independence. 20 May 2002 on the world map a new state appeared - the Democratic Republic of East Timor.

The lessons of the struggle for the independence of East Timor are as follows. First, it is another confirmation of the well-known fact that it is impossible to crush national resistance even by superior forces. In this case, the occupier is doomed to either stop sooner or later his actions, or completely destroy the entire population. Secondly, the history of East Timor reveals the hypocrisy of the entire world community, which for 25 has remained apart from the massacres on the island for years. Not to mention the fact that the US and its allies showed themselves here as accomplices of war criminals who sponsored and supported the policy of General Suharto. Thirdly, the duration of the anti-colonial struggle on the island and its very occupation by Indonesia were largely due to the fact that the Soviet Union was first stuck in Afghanistan, and then completely ceased to exist. Yes, and the Soviet state itself was in no hurry to assist the partisans of East Timor, not wanting to quarrel with Indonesia and, perhaps, guided by considerations of banal economic benefits. Whatever it was - East Timor, overcoming all obstacles, did what seemed impossible - became an independent state.

Ctrl Enter
Noticed oshЫbku Highlight text and press. Ctrl + Enter
We are
"Massacre of a million": the battle way and the terrible death of the Communist Party of IndonesiaPro parrot Jaco
Military Reviewin Yandex News
Military Reviewin Google News
9 comments
Information
Dear reader, to leave comments on the publication, you must sign in.