Let's figure it out! 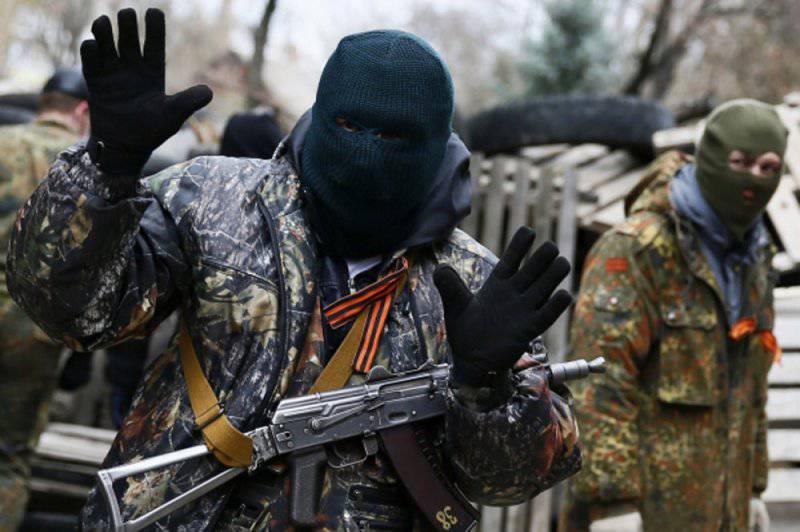 Events in the south-east of Ukraine in recent months, and especially in recent weeks, have led many people to wonder: what next? And from the most impatient and radical comes another question: why do we hesitate and do nothing?

From the pages of online publications we get the maximum possible amount of information about the actions of both the fascist junta and the people's militia. The last straw that broke the patience and caused a serious and justified excitement was the speech of the head of the militia Strelkov. Many of this speech, probably watched.

His words addressed to the male part of the population of Donbass, caused me strange feelings. It turns out that in the Donetsk region there are interesting citizens who believe that voting in a referendum for the independence of the region from Ukraine is their right and duty. But the protection, including weapons in the hands, the outcome of state independence is the lot of other citizens. It is desirable from other places of residence. This is an interesting situation.

More than 80% of the population was in favor of independence. And while in the ranks of the military militia there are no 2-3 thousands of local residents. How can this be?

We read reports with a sense of pride and watch shots of captured helicopters and burned-down armored personnel carriers. And we know that this is the work of our hands, more precisely, the Russian volunteers who went to defend the Donbass.

We look with the greatest sympathy on the inhabitants of Kramatorsk and Slavyansk, living under mortar and artillery shelling. But one thought is spinning in my head.

With such a significant military superiority of the Kiev junta, is it really impossible for them to simply wipe this city off the face of the earth? Or are they afraid of something?

After the events in Odessa, where the dead, let them rest in peace, were accused of self-arson, can not the inhabitants of any city be convicted of self-destruction using the Grad system?

In Ukraine, everything is possible.

So why has this not happened yet? But the answer that begs is not very comforting. More precisely, several answers.

The Ukrainian authorities know the true state of affairs in Kramatorsk and Slavyansk. Yes, and throughout the Southeast. And the Kiev authorities are very well versed in the mentality of its inhabitants. And they know that the Donetsk guys for "just like that" will not go to war.

Some facts. In recent years, internal affairs officers in the Rostov Region have opened and destroyed hundreds of kilometers of underground pipelines that transport petroleum products to the neighboring Donetsk region. Those. Donetsk region is flooded with formal smugglers.

Okay. Not all smugglers. There are miners. But they are not warriors. They are more like diggers. There are simple lads, about which Strelkov spoke very impartially. But the same is true. People who live in Donetsk are satisfied with everything. They are not burned yet? So why should they be worried!

Ember slowly dug. Left sold. Got money. And then the war! Yes damn she damn, damn! My business will stop! Yes, God forbid, wounded, or even killed!

Why do they need all this? So they sit in huts, with women and with beer. These are our spiritual brothers.

Well, it’s just not appropriate to speak of those who, from morning to night, get pennies for their daily bread.

Who, if anything, will his offspring bring up and raise? That's all the arithmetic with geometry.

It turns out that the presence in the box of Russian TV channels does not provide an instant transition of self-consciousness from one state to another. From lethargy and apathy to the active and self-organized. From pofigizm to patriotism. Well, and so on.

Probably, the Kremlin has the same amount of knowledge. Probably, and there is the same reasoning.

And what do we want from Putin? So that he will bring his troops into the territory of the neighboring state, which will establish the necessary procedures for us? And the guys will watch it on TV, next to their women and beer? And then again - an established business, and everything is fine? Well, do not, it’s probably Putin.

And that is why today he ordered Shoigu to return the troops to the place of their permanent deployment.

It is unfortunate to say this, but Ukraine is a cut off piece. And if some huge stupidity does not happen on the part of the Kiev troops, or rather, dirty tricks in the form of a crime against the civilian population, then such sluggish hemorrhoids can last for a long time.

But not so much. Because as the enemy begins to master the basics of the counterterrorist operation. And over time, will act more and more decisively and successfully. And in the end, interceptor missiles of our nuclear deterrent forces will appear on the border of Kharkiv and Belgorod regions.

What shall we do then?

Or maybe it is better to leave the guys in Donetsk and Lugansk alone? And do it yourself. After all, wisdom is known: “If you want to do well, do it yourself!”

Ctrl Enter
Noticed oshЫbku Highlight text and press. Ctrl + Enter
We are
A great interview with Sergey Lavrov: about Ukraine, Obama and IranWhat you didn't want to know about England
Military Reviewin Yandex News
Military Reviewin Google News
106 comments
Information
Dear reader, to leave comments on the publication, you must sign in.