Portraits of the Century: Igor Strelkov 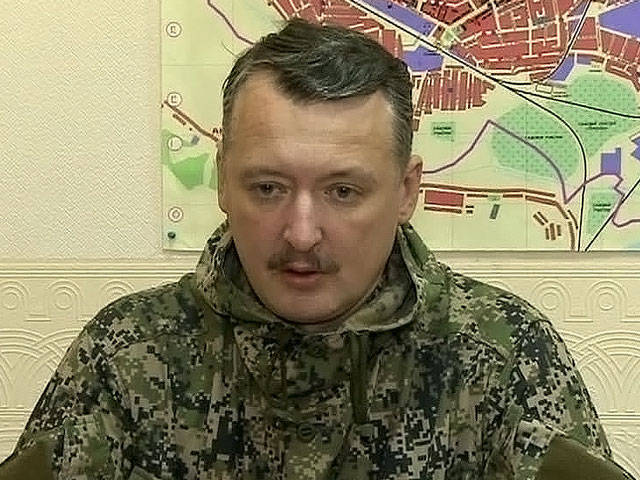 A person who has emerged from nowhere and has been a person for quite a while, attracting everyone's attention.

The colonel (captain, ensign) of the GRU (FSB and even the SBU), who led the self-defense of Slavyansk and is still successfully opposed to the forces of the National Guard and the army of Ukraine, who is he?

Interested in (and how else?) This person, I tried to understand the flow of information that somehow relates to this person. I want to stress right away that I had no personal “exits” to Strelkov, with the exception of one person who in Slavyansk commands a self-defense unit. And, being a native of Ukraine, I could not properly confirm or deny some facts of interest to me. And some - completely.

So: Igor Vsevolodovich Girkin and Igor Ivanovich Strelkov. Is it the same person or not?

Absolutely not. More precisely, not really. But - in order.

The fact that he is a Muscovite is beyond any doubt even among the Security Service of Ukraine. Although about the creations of the SBU, it will be necessary to say separately.

In 1993, he graduated from the Moscow State Institute of History and Archives. A historian by education. Passed urgent service in the armed forces in June 1993 - July 1994. Military unit 11281 Defense Ministry, the gun company guard. Everything is logical. He studied, served. Since 1989, he actively participated in reconstruction activities.

However, there is evidence that the teaching of the profession of the historian-archiver was more than peculiar.

No doubt, in these places at the specified time was going on история. And the future historian-archivist passed there a pre-diploma practice.

At the same time, the first publications of a certain Igor G. “The Bosnian Diary” appear in the newspaper “Tomorrow”. Material quality, causing a kind of sensation. In this newspaper, Girkin met Alexander Boroday.

Having defended his diploma, Igor Vsevolodovich was, as expected, in the ranks of the Russian army. There is no doubt that the service did not cause him any problems. After such and such “undergraduates” ...

Apparently, it was at this time that the extraordinary personality of Girkin became interested in our special services. Why not? Actually ready specialist in partisan actions. Yes, and with the experience of warfare.

Regarding the military rank - complete confusion. Who where. The Security Service of Ukraine first called an ensign, then quickly raised to the colonel. Of course, I am ashamed to receive such "gifts" from the ensign. By the way, where our character comes from, the SBU was never able to decide. Whether the GRU special forces, or the FSB ... They work well, no words.

Unfortunately, I did not receive a clear and distinct answer to this question. In Slavyansk it is called "captain". 16 years of service - for the captain, probably, a bit too much. And for the colonel may not be enough. I do not know. Although personally inclined to the fact that the colonel. Basically, what's the difference? The result is important, and he, as they say, is obvious.

Some sources gently hint at Girkin’s visits to the Middle East region. What is indirectly confirmed by his speeches on the theme of the “Arab spring” and similar “events”.

As a military expert, I. Strelkov looked quite weighty, revealing remarkable knowledge of situations in Libya and Egypt.

I did not make a reservation. It turned out that way. Igor Girkin served, and he spoke, wrote, created and reconstructed I. Strelkov. Why - is also understandable. There is no need to “shine” your past in some situations, and the present is not always useful.

So Igor G. in publications was replaced by Igor Strelkov. In August, 1999, special correspondents for the Zavtra newspaper, Alexander Boroday and Igor Strelkov, prepared a report from the Kadar zone of Dagestan about how the special forces of the Ministry of Internal Affairs carried out a sweep of several villages where Wahhabis lived. Everything is logical: reporter for FSB officer Girkin would not be from his hand, but Strelkov would be completely.

In addition to the newspaper "Tomorrow", Strelkov is also a correspondent for ANNA-NEWS.

And then there was the Crimea. The fact that Strelkov was not a tourist there is understandable. But for some reason he refused to use the fruits of a well-deserved victory. And went further to Slavyansk.

I went to Slavyansk at the call of my heart. In his words, in his self-defense armed with automatic weapons, most are residents of the city. Although he admits, the backbone of his squad was formed not in the Luhansk region, but also in the Crimea, and at least a third of it are not Ukrainian citizens. “The detachment with which I came to Slavyansk was formed on the territory of Crimea. I will not hide it. These are all volunteers, and two thirds are citizens of Ukraine. Not only Crimeans, there are refugees from other regions of Ukraine — from Vinnitsa Kiev. Of course, there are a lot of Donetsk residents and people from the Luhansk region. It was at their suggestion that the detachment made the decision to arrive in Slavyansk ", the Strelkov describes the structure of the Slavyansk Resistance forces.

The heart is generally complicated. To order him is problematic, but here it is - completely. The man who fought for the Slavic world in Bosnia did not have to order twice.

The result is known to all. So far, a small but effective army of Strelkova successfully opposes all combat-ready units of the Ukrainian army, the National Guard and PMCs. Che Guevara in the next world should be nervous. There is why.

Separately, it must be said about the relationship Strelkov and SBU. At one time, the media exaggerated information that Strelkov was not a Russian, but a very Ukrainian, who was most directly related to this structure. Where, then, is such knowledge of the theater of military operations and the capabilities of the ukroarmia, not from the games of the reconstruction? And the organization is really not at the level of a warrant officer, special forces. That hurried guys from the SBU.

SBU accuses Strelkov-Girkin in the following:
- capture of the building of the Armed Forces of the Crimea;
- an operation to block all military garrisons of the Ukrainian army;
- the actual leadership of "polite people" in the Crimea;
- neutralization of the entire contingent of the SBU and Western special services in the Crimea;
- The creation of resistance forces in the Southeast;
- direct leadership of all the actions of the Resistance forces, starting with the seizure of administrative buildings, then the command of the defense of Slavyansk (and in fact the entire Donetsk region);
- liquidation of the agents of the SBU in Slavyansk and Kramatorsk;
- the capture of officers of the Alfa group of the Security Service of Ukraine, officers of the General Staff of Ukraine and the so-called. "OSCE monitors". It was the capture of spies from the OSCE, and in fact in the act, and together with espionage equipment, literally caused an attack of rabies in the CIA, the NSA and many more intelligence services of the West. There was no such tangible failure of the NATO intelligence services for a long time.

Not too much for a player re-enactor? Or ensign?

If everything listed in these "accusations" is true at least by 50%, then Igor Strelkov (Girkin) is worthy of being awarded a military order. Least. And for the OSCE spies - separately.

If one colonel (not important, retired or acting) could actually outplay the NATO secret services, the army of Ukraine, the national guard and private mercenaries, then this means one thing - either he is a genius, or all the combat capability and "glory" of Western intelligence services and PMCs are not pair of horns to the machine. I personally like the second option more, although I don’t mind combining the first with the second.

The portrait of my hero turned out unfinished. Much, unfortunately, a lot, left overs. It is still too early to talk about some things, although I would very much like to. But - early.

To me personally, one thing is clear: Igor Strelkov and Igor Girkin are outstanding representatives of our people and our Armed Forces. Perhaps what he and his associates are doing now does not fit into the framework of international law. Yes, he is very similar in style to Che Guevara. But first of all, it is a Russian person who decided to spend for himself personally on making the life of the same Russian people as they would like to see it.

And this alone is worthy of respect in the annals of history. Along with the brothers Castro, Che Guevara, Bolivar and similar historical characters. About whom even their enemies spoke with respect. 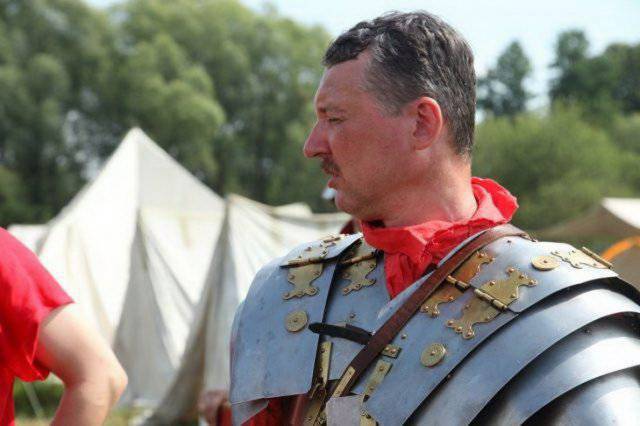 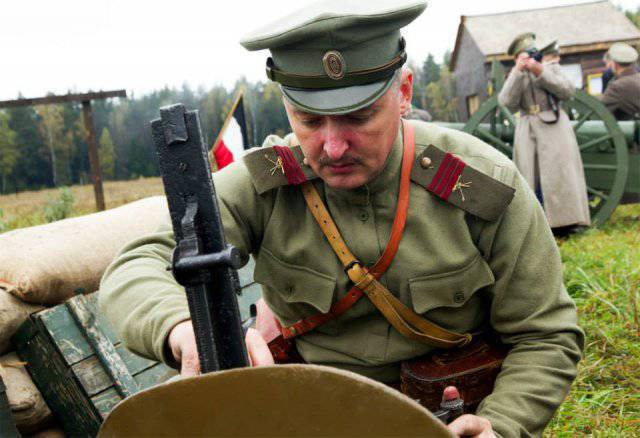 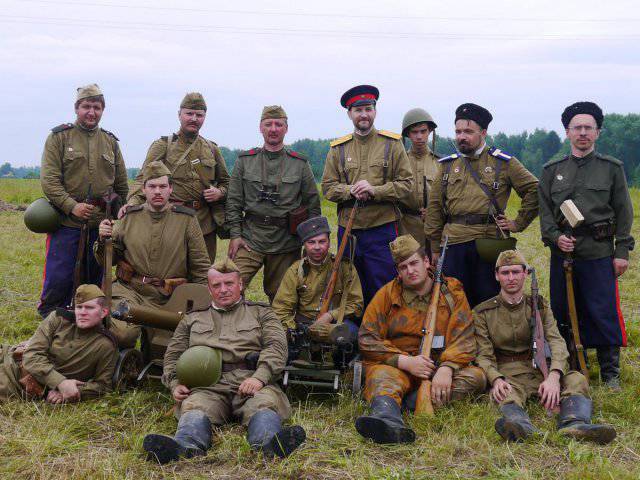 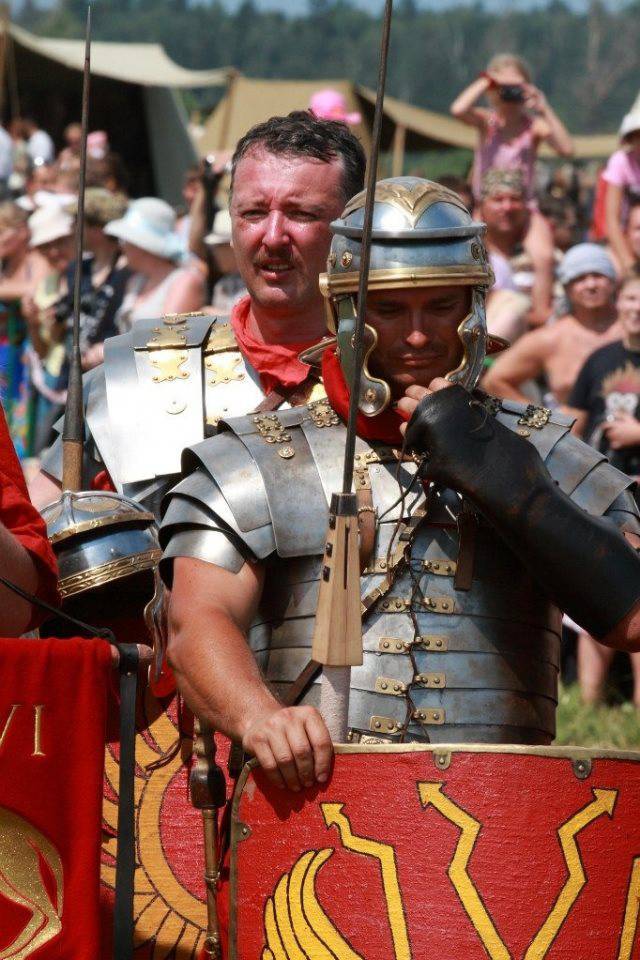 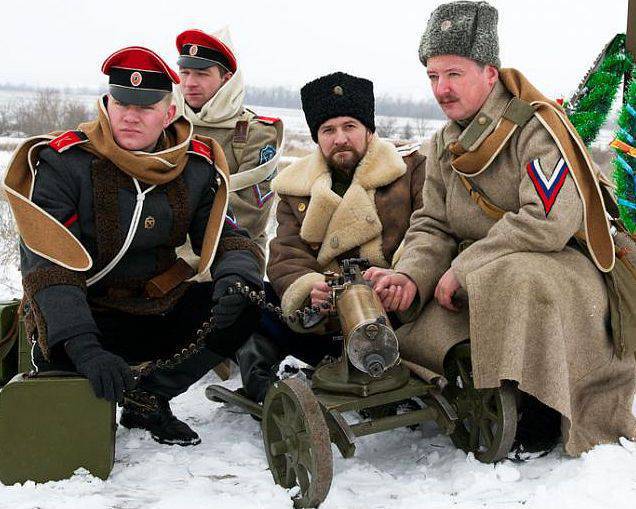