“Fascists”, “terrorists”, Americans, Russians and others: who will win in Ukraine?

20 May 2014
32
Western media have once again tried to understand who is fighting with whom in Ukraine and who is waiting for victory. Sober analysts are inclined to believe that there are no Russian military on the separatist, but the United States intervenes in the conflict. As for the opposition, not territorial, but ideological, that is, the French view of victory on this front of Russia. 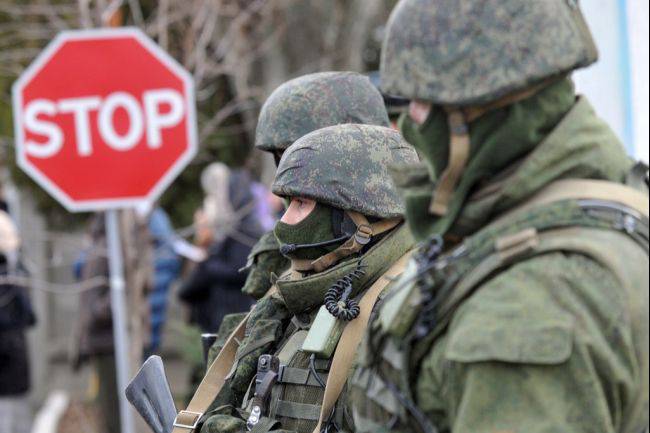 The site Global Post 18 May appeared material signed by Jean MacKenzie (Jean MacKenzie) with the subtitle: "Will the Kyiv 'fascists' talk to the 'terrorists' from the east?" ("Will the Kiev" fascists "agree with the" terrorists "in the east?" ) The words "Fascists" and "terrorists" were quoted, apparently, deliberately. This reflects the caution-objective attitude of the author to the events in question.

According to the author, good news - the fact that there is some agreement on finding a way out of the deepening Ukrainian crisis. But here is the bad news: none of the main parties to the conflict is ready to talk to the other.

The interim government of Arseniy Yatsenyuk refuses to deal with the separatists from eastern Ukraine, who, according to him, have “blood on their hands”. "Separatists" reject Yatsenyuk and his team as a gathering of illegitimate coup.

As a result, the observer notes, both sides call each other: who gets the definition of “fascist junta”, and to whom - “gang of terrorists”.

As a result, there is almost no hope for fruitful negotiations.

At the same time in the press there is a lot of misinformation, as well as charges and assumptions. The author has reviewed some of the key issues that are often distorted when trying to misinformation or outright lies.

1. Is it true that behind the unrest in the east of Ukraine is Russia?

Moscow argues that it has nothing to do with unrest and strongly denies the presence of its military personnel in unstable areas. Kiev insists that Moscow is to blame for everything. But neither Kiev nor Washington have any real evidence of Moscow’s “guilt”. So, there is no definite answer.

2. Does the United States interfere in Ukrainian events? Yes. Here and Victoria Nuland talk with Jeffrey Payette, and John McCain, who supported the Ukrainian nationalists, and 400 fighters from the American security company "Academy", who are "working" now in Eastern Ukraine. So, quite a definite answer.

3. How common is extreme nationalism in the interim government of Ukraine?

The Svoboda Party and its more radical partner Right Sector in Ukraine have been very active since the days of Maidan. Mackenzie finds these organizations anti-Russian rather than pro-European. He recalls the burning of at least 40 "pro-Russian separatists" in Odessa. Having set the fire, the "activists" stood outside and sang "the Ukrainian national anthem and shouted insults - while the people inside were burning."

On such a “dark background,” the author adds, the hope for successful negotiations is extremely low.

As for the ideological Ukrainian front, here, says Le Monde columnist Pyotr Smolar, who is quoted as saying "InoTV", Russia in the confrontation with the West won.

The analyst and the article entitled, respectively: "The ideological victory of Russia in Ukraine."

Smolyar, not at all sympathetic to the Kremlin, writes: “... Russian propaganda has swept away everything in its path, because it allows itself any means. The victory by knockout, a significant role in which journalists played. ”

According to the correspondent, the ideological victory of Russia is that Western people began to suspect their media of concealing the Nazi essence of the provisional government.

Smolyar himself objected to this: in the French editions there were many reports about the Right Sector and the Freedom Party.

However, in France, the Ukrainian crisis causes almost no discussion: “As if our elites do not understand the scale of what is being played out in Moscow. As if the collapse of a state located at the very borders of the European Union with a 45-million population does not concern us at all. As if our elites prefer to believe in the illusory restoration of normal relations with Russia at the end of the current fever. ”

The main information victory of Russia is the dissemination of the idea of ​​Ukraine as an “illegitimate” state. This opinion is shared, for example, by President Putin. Smolar adds: “23 of the year of independence means nothing. This undermines faith in the people, who themselves decide their own fate and are united by common ancestors and dramas like the Stalinist “famine”.

As a result, the launch by Moscow of the “mechanism” against Kiev Ukraine has weakened, and now it cannot carry out the reforms promised by foreign creditors. The country has lost the Crimea, lost control over the eastern regions, lost hope of rapprochement with the EU, the journalist writes.

And it does not occur to the French columnist that Russia did not conduct any kind of propaganda on Ukrainian TV channels for 23 of the year. But led by the West. After the “Euromaidan”, the Ukrainians themselves bitterly admitted that they did not have any media other than pro-American or frankly funded by Western structures.

The “23 of the Year of Independence”, about which Mr. Smolyar spoke with such pathos, is a whole epoch of informational activity of Western propagandists, and not at all of the Kremlin. These years finally split the Ukrainian society and became a protracted prelude to a civil war.

If the Russians really won the info war, this is truly a brilliant victory. The West has spent 23 of the year and 5 of billions of dollars on building democracy in the independent, and the Kremlin came and took the laurels for themselves.

Monsieur Smolar did not even realize that he had composed a panegyric to Putin.


Observed and commented on Oleg Chuvakin
- especially for topwar.ru

Ctrl Enter
Noticed oshЫbku Highlight text and press. Ctrl + Enter
We are
Situational analysis of the death of the MH17 flight (Malaysian Boeing 777), made on the basis of engineering analysis from 15.08.2014Syria: Americans scare themselves, and Asma Asad buys chairs
Military Reviewin Yandex News
Military Reviewin Google News
32 comments
Information
Dear reader, to leave comments on the publication, you must sign in.