NATO's torment, or Occupants in the Baltics 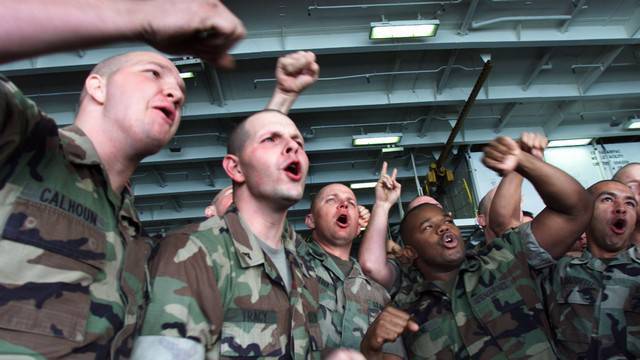 4 May Latvia celebrated another anniversary of the restoration of independence. During the events dedicated to the holiday, the country's Defense Minister Raymond Vejonis said that the events of recent months in Ukraine had made significant changes in the field of international security, but residents of Latvia may feel safe because the country has been a member of the strongest military alliance for more than ten years NATO. In support of his words, the minister noted that a whole series of joint military exercises had taken place in the Baltic countries over the past month.

From 7 to 16 in April, Operation Summer Shield XI was held at the Latvian military training ground in Adazi with the participation of more than 600 soldiers from Latvia, Estonia and the USA. The exercises were organized in two stages: theoretical and practical training took place from April 7 to April 11, and tactical tasks and live firing exercises took place from April 12 to April 16.

From 9 to 22 in May, international sea exercises Open Spirit 2014 are held in Latvian territorial waters. Their goal is to search the depths of the Baltic Sea and destroy explosive items that have survived since the first and second world wars.

However, the words of the Minister of Defense of Latvia, as it turned out, do not quite correspond to reality. The NATO members, called upon to defend the peace and tranquility of the Baltic countries, fought off and arranged fights with local residents.

So, according to the press center of the Riga Regional Police Department, in the morning of April 25 on the street. Alberta (Riga), four US servicemen found out the relationship with the taxi drivers. One of the servicemen was beaten during a showdown. An administrative process has been started in this case.

It has been established that NATO fighters had fun in one of the clubs of old Riga and decided to return to the hotel early in the morning. However, already near the hotel, they quarreled with the taxi driver because of the bill. Colleagues came to the rescue of the driver, after which a fight ensued.

In the city of Ventspils, which is located in the west of Latvia, is also restless. At the end of last week there were several incidents involving alliance seafarers in the city. NATO warships arrived in Ventspils for the international operation to demine Open Spirit 2014. According to LETA news agency, on Sunday morning, an 21-year-old sailor from the Netherlands was taken to the hospital with a severe head injury, fractures of the facial bones and brain swelling. The victim got into reanimation in an unconscious state. Doctors assess the condition of the sailor as heavy. A man was injured during a fight near one of the places of entertainment.

According to the Ventspils City Hospital, assistance to the emergency room was also provided to several other NATO sailors who ignored the recommendation not to attend local nightclubs. They received relatively minor injuries and refused hospitalization.

The mayor of the city of Ventspils Aivars Lembergs added fuel to the fire. The politician will send a complaint to the NATO Secretary General Andres Fogh Rasmussen in connection with the behavior of alliance seafarers in the city. According to the politician, the actions of NATO sailors in Ventspils discredit the alliance in the eyes of the people of Latvia. "NATO sailors in Ventspils behaved like pigs, ignored the laws of Latvia and the rules of self-government. After they drank, they relieved public places and went to the windows, vomited, publicly consumed alcohol, which is prohibited by law. They also plucked flowers from flowerbeds to give them prostitutes, "- said the mayor.

According to Lembergs, the foreign military "behaved like invaders who do not recognize the sovereignty and laws of Latvia." Commenting on the fact that some sailors were injured, Lembergs said that, apparently, local men were protecting women from the harassment of foreigners.

Lembergs will send copies of the complaint to the Ministries of Defense and Foreign Affairs of Latvia.

The mayor of the city complained that after the arrival of NATO ships in Ventspils, twice as many people were brought to administrative responsibility as during the celebration of the city’s day when Ventspils was visited by 150 times more guests (130000 people).

In the Ministry of Defense, Lembergs' words did not comment. Investigation of incidents involved in the state police with the support of the military police.

It is worth recalling that NATO soldiers incidents with the Baltic States occurred in the past.

At the end of 2005, in the Lithuanian capital Vilnius, NATO pilots fought at a local strip club. In 2006 in Riga, a fight broke out between one of the NATO soldiers who were providing security for the summit and local residents in one of the city’s restaurants.

Thus, the politicians of Latvia should listen to their compatriot. Instead of trying to rewrite history and repeat as a spell fiery speeches about the occupation of Latvia by the Soviet Union, it would be better to take a sober look at reality. Perhaps Latvia, like the whole Baltic, has been occupied for a long time already ?!

In the meantime, the leadership of the North Atlantic Alliance is considering increasing the military presence in the Baltic countries in connection with the events in Ukraine, the local police and residents need to thoroughly prepare for a meeting with the next batch of dear guests from "civilized" Europe.

Ctrl Enter
Noticed oshЫbku Highlight text and press. Ctrl + Enter
We are
As NATO instructors in the territory of a military base in Estonia, trained Ukrainian nationalistsAnti-Russian "Strong Jazz". NATO creates a springboard for the strategic strike force in Poland and the Baltic countries
Military Reviewin Yandex News
Military Reviewin Google News
70 comments
Information
Dear reader, to leave comments on the publication, you must sign in.