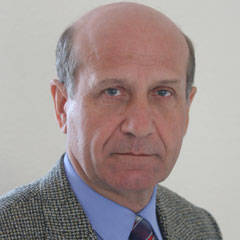 Along with the escalation of the conflict in Ukraine, the spiral of hysteria in Kazakhstan continues to unwind. Recently, the media published a text of a curious appeal to the President of the Republic of Kazakhstan. In particular, it says:

“We urge the President to develop and publish a clear program to strengthen the armed forces in the new environment, including the development of a national defensive nuclear weaponsWe demand from parliament to discuss and adopt this program as a matter of priority, to ensure its priority funding. We appeal to the peoples and governments of all countries to understand the enforced nature of these measures. The Kazakh people are peaceful. We have no territorial claims or border disputes with any of the countries. But we have no right to risk the independence of the Kazakh states. ”

If the signature of the leaders of the Generation movements Irina Savostina and the Women of Kazakhstan Dametken Alenova, as well as the publisher of the newspaper Slovo naroda newspaper Rozlana Taukina and the Chairman of the Board of the Journalists in Trouble Foundation Ramazan Yesergepov, could not have been under it, one would have thought that It was composed by patients of ward number 6.

Dear ladies and Ramazan who joined them! Do you even understand what you are calling for?

Firstly, the surrender of nuclear weapons by Kazakhstan is one of the decisive factors that ensured its creeping out of the economic crisis and the transition to development. The rise provided money to foreign investors who would never have come to a country ruled by a dictator with an atomic bomb in his hands. Foreign companies have invested a lot of money in Kazakhstan, this is the main guarantee of its security from external aggression. In this sense, we must pay tribute to Nazarbayev. His decision to make Kazakhstan a nuclear-free is dictated not only by the desire to stay in Stories peacemaker. Surely he was guided by a pragmatic calculation: to save such a huge and deserted territory from a military takeover is impossible in another way. And therefore - enough already to lament about the mythical threat from Russia.

Secondly, who in the world now needs a nuclear Kazakhstan? Yes, even on the threshold of political instability that may arise when transferring the presidency to another person?

Thirdly, signatories hardly represent, in what sum this program will pour out. Or did Savostina and Alenova decide to abandon their claims to the authorities about the later retirement of women to retire to save the budget money to develop weapons of mass destruction?

Frankly, I can not believe that their brains began to work towards the militarization of Kazakhstan. Very much all this seems to be a provocation. But the problem is that we had people who regretted the surrender of nuclear weapons inherited by Kazakhstan from the Soviet Union to the USSR. And they certainly were not registered with a psychiatrist. It seems that it is from them that circles have now started that capture other minds. If things go on like this, then soon a new business will be born in Kazakhstan - the construction and sale of family bomb shelters. Why? The president and the parliament of the program "development of national defensive nuclear weapons", of course, do not bother. And what then remains to the "peace-loving people", who "have no territorial claims"?