The war in Ukraine: whose side is occupied by the right and left in the world

20 May 2014
33
The events in Ukraine, which can already be described with full confidence as a civil war, caused a mixed reaction from the world community. As for the reaction of states as the main subjects of world politics, everything is clear. There is a clear anti-Russian bloc that has formed around the United States, primarily the former Soviet republics of the Baltic states, Poland, and a number of Eastern European states. There are also anti-Russian EU countries. Most of the countries of the world tend to take a neutral wait-and-see attitude. And finally, a number of states that are not afraid to show their support for the return of the Crimea to Russia. However, this article is not about the official positions of certain states of the world, but about the perception of events in Ukraine by political parties and movements. 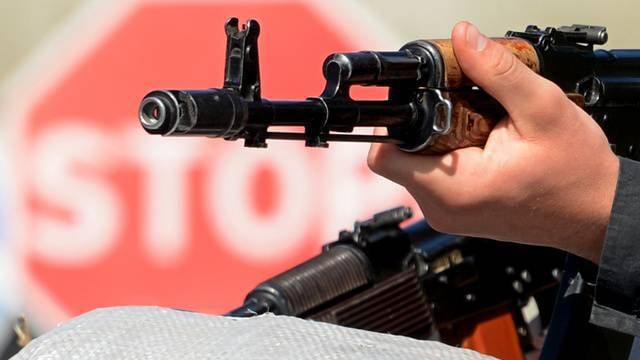 First of all, let us draw attention to the lack of unequivocal interpretations of the Ukrainian events by the world political community. With regard to Ukraine, the positions of parties and movements throughout the world are not divided on the basis of ideological differences. So, both among the right and among the left, one can meet both the ardent supporters of Maidan and (indirectly) the established power in Kiev, as well as its no less active opponents who support both the return of Crimea to Russia and the “Russian spring” of Donbass and Luhansk region.

Since the Ukrainian nationalists of the radical sense from the Right Sector, a conglomerate of nationalist and national socialist organizations like the Tryzub Stepan Bandera, became the striking force of the Maidan, the overthrow of the Yanukovych regime and the approval of the new Kiev regime, in which the Ukrainian right is very strong, met with approval much of the European right. Anti-Sovietism, traditional for the European right-wing (and Russia is largely associated with the Soviet Union even more than two decades after the collapse of the latter) in the current situation easily transformed into Russophobia disguised by the slogans of “protecting national identity”.

For a number of European national-radical organizations, the concept of a “united front of identities” against neoliberalism and multiculturalism is a new trend. Its essence boils down to the fact that empires in the modern world should not exist, each nation has its own uniqueness and, accordingly, should strive for friendly interaction of national communities in the fight against a common enemy - the neoliberal world order on the one hand and the “imperial” plans of states Russia - on the other hand. This point of view, in particular, adheres to the Italian organization Casa Pound, named after the famous writer Ezra Pound. The ideology of Casa Pound is a variation of the “third way” of the European “new right”, with a certain degree of “leftism”, but also without obvious sympathies for racism and Nazism. The “Right Sector”, if one can speak of it as a single political phenomenon, adheres to a similar ideology. This is a combination of nationalist and socialist ideas with an obvious tendency towards “anti-imperialism”, which in practice is easily transformed into ordinary Russophobia.

With talk of the struggle of identities against the world order or modern empires, this part of the European right, however, turned out to be a tool in the hands of the same American politicians. The latter understood long ago that the situation in other states should be destabilized not by using its own citizens as “cannon fodder” (Vietnam became a good lesson!), But by relying on radicals of all stripes. In Syria and Egypt, they were local Islamic fundamentalists. In Ukraine, the role of the “anti-authoritarian opposition” is perfectly played by the Right Sector — the followers of Bandera and Shukhevych.

By the way, about the “front of identities”. For some reason, the identity of the inhabitants of the Crimea or the Donbass does not care about the pro-European or Russian right. Thus, the “united front of identities” actually turns out to be a typical American double standard. In the Crimea and the Donbas - “separatists” and “terrorists”, against which it is worth supporting Kiev. In Kosovo or Syria, they are “heroes” and “revolutionaries.” Why do Kosovars have the right to self-determination, but Crimeans do not? The supporters of the “front of identities” are not able to answer this question. They can only rant about the machinations of Russian imperialism and refer to the fact that all the protest in Donetsk or Lugansk was inspired from outside by the Russian authorities.

On the other hand, among the sane part of the European right, on the contrary, there is growing sympathy for the Russian position in Ukraine. In particular, the leader of the National Front of France, Marine Le Pen, came out in support of the federalization of Ukraine, categorically criticized the imposition of sanctions against Russia. But the National Front is the most influential right-wing political force in France. The Greek nationalists from the Golden Dawn (Chrissi Avgi), the country's largest right-wing organization, come out from similar positions. As for the Hungarian right-wing party Jobbik, its leader Gabor Vona not only criticized the Kiev regime, but also solidarized the people's liberation struggle of the Southeast, supporting the referendums in Donetsk and Lugansk. Of course, the Hungarian factor in Western Ukraine plays a role in supporting Jobbik of the Southeast self-determination in Western Ukraine: up to 200 thousands of ethnic Hungarians live in the Transcarpathian region, who also expect to gain broad autonomy.

Thus, we see that among the European right there is no consensus on the events in Ukraine. And it is encouraging that more respectable and truly recognized in the policies of their countries, such as the National Front or "Jobbik", agree with the position of the South-East.
As for the left spectrum, here, too, not everything is clear. European socialists and social democrats have long been transformed into ordinary bourgeois parties, differing from the liberal only by their names and certain nuances of ideology and practice. Recall that most European Social Democrats from the very beginning supported the NATO aggression in Yugoslavia, the campaign to overthrow Muammar Gaddafi, and the anti-Assad revolt in Syria. It is quite natural that this part of the European left, which is one of the guides of the new world order and fully sharing the ideas of multiculturalism, legalization of same-sex marriages, advocating the development of migration, supports its governments in anti-Russian politics in Ukraine.

The logic of the extreme left - Trotskyists and anarchists, who speak in support of the Maidan, in spite of the fact that they play the key "violin" there - is of a particular specificity. historical opponents are far right. It has long been known that many leftist groups in Europe, and Russia, in fact, are only the avant-garde part of the neoliberal world order. A clear demonstration of this was the recent reception by American Congressmen of Pussy Wright. "Crazy writings" seem like punks and leftists, then why should they go to bow to the American establishment, to the very bourgeoisie, which they must hate and deny?

However, not all leftists took the side of the “world evil” in the Ukrainian events. Thus, according to the author, RKAS activists - the Revolutionary Confederation of Anarcho-Syndicalists, take part in the militia of the South-East. It is the largest anarcho-syndicalist organization in Eastern Ukraine, which differs from other anarchists in that it focuses not on subcultural youth, but on workers, primarily on Donetsk miners and industrial workers. Of course, the number of leftists participating in the anti-Bandera resistance in Ukraine is not so great, but those who take part deserve respect. They are Aleksey Albu, deputy of the Odessa Regional Council, and Borotby activist Andrei Brazhevsky who died in the House of Trade Unions. Of the left radical figures of world importance, the struggle of the people of the Southeast was supported by the world-famous fighter Jeff Monson - the very one who is not only an athlete, but also an anarchist philosopher.

In any case, we see that the positions of political forces on the events in Ukraine are divided polarly, and the point of view of specific political activists or organizations does not always coincide with the general line held by supporters of a particular political ideology. The main division is based on a real, rather than declarative, attitude to the American model of the “new world order” and the value system imposed on countries and peoples of the world.

Ctrl Enter
Noticed oshЫbku Highlight text and press. Ctrl + Enter
We are
What to do with the refugees? Eastern Europe to host thousands of Africans and AsiansPolish claims to Ukraine. Will Warsaw decide to “bite off” Galicia?
Military Reviewin Yandex News
Military Reviewin Google News
33 comments
Ad