July 6 2013
76
The Great Patriotic War found the Soviet fleet in a not very combat-ready state. XNUMX year development program fleet provided for the construction by 1946 of 15 battleships, 15 heavy and 28 light cruisers, 144 destroyers and destroyers, as well as 336 submarines. However, before the war itself, the program was decided to be reduced, and the war prevented the completion and launching of the already laid battleships and heavy cruisers. It so happened that the USSR entered the Second World War, having only 3 battleships inherited from Tsarist Russia. These were battleships of the Sevastopol class, the construction of which was carried out from 1909 to 1914.


In total 4 of the ship was built: “Gangut”, “Poltava”, “Petropavlovsk” and “Sevastopol”. All of them participated in the First World War and survived it safely. After the revolution, the battleships became part of the Soviet Navy. “Petropavlovsk” was renamed to “Marat”, “Sevastopol” was renamed to “Paris Commune”, “Gangut” received the name “October Revolution”, and “Poltava” - “Mikhail Frunze”. In the last year of 1923, there was a strong fire that caused the ship significant damage. It was considered inexpedient to restore it, part of the equipment from it was used to repair the 3's remaining in the line of battleships.

Battleships of the “Sevastopol” type possessed a hull of a characteristic “monitor” form, with a minimized freeboard area and an icebreaker form. The longest hull length was 181,2 m., Width 27 m., Draft 8,5 m. The standard displacement of the project was about 23 th. Tons, but in reality it reached 24,8-25,9 ths. Tons, changing the draft of the vessel to 9,3 m. The power plant of the ship included the YNRW water-tube 25 steam boilers. Coal was used as fuel for the boilers; in the accelerated mode of operation, oil was used. The power plant in the forced mode gave 42 000 HP and provided the ship with a speed in the 23 node, the cruising range was 4000 miles. 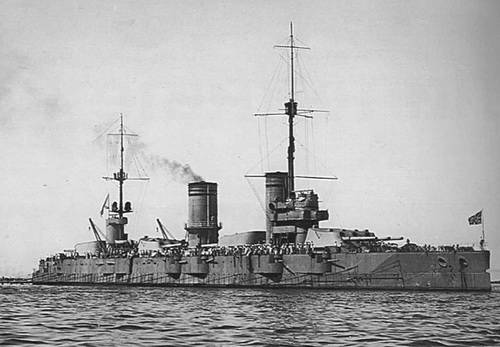 The main armament of the ship was the 12 305-mm rifled guns produced by the Obukhov factory, which were placed in the 4-s three-gun turrets arranged linearly. The technical rate of guns was 1,8 shot per minute, in practice it all depended on the level of training of the team. The ship’s anti-mine weapons consisted of 16-120-mm Vickers shells, their rate of fire reaching 7 rounds per minute. All 16 guns were placed in dungeons on the middle deck. This placement of artillery had significant drawbacks and affected the effectiveness of its firing. The trunks of 120-mm guns turned out to be only 4,6 m above the water, which, in combination with the low seaworthiness of the battleships that had been buried in a wave along the first tower already with a slight sea disturbance, greatly complicated their use (especially the nose guns). To some extent, this was a disease of many battleships of that time, but the Russians stood out for the worse because of their seaworthiness and the location of the entire mine artillery on the middle deck.

Before World War II, these battleships were upgraded. Work on the improvement of the ships took place under various programs and in different periods from 1927 to 1938 year. Modernization of the ships greatly changed their silhouette. The ships received a tank superstructure, rigidly fastened to the hull and closed on top with a solid flooring. The complex “war tube — foremast — nose tube” was modified. Has undergone changes and improved nasal tip, which reduced the fill of the deck at full speed. The power plants transferred from coal to oil were replaced, the living conditions for the team were improved. Installed the latest means of communication, new optical range finders in the towers, changed the fire control system. Significantly improved air defense system.

The last upgrade was the battleship "Paris Commune", from 1933 to 1938, the ship stood at the docks of the Sevastopol Marine Plant. After all the work was completed, the displacement of the battleship reached 31 275 tons (from design 23 000), length was 184,5 m., Width 32,5 m. (Due to the installation of anti-torpedo bulls), sediment - 9,65 61 HP 000 maximum node speed. The ship received significantly enhanced anti-aircraft weapons. The 23,5-X 6-mm anti-aircraft guns were openly installed on the bow and stern turret. In addition, the ship received 76-16-mm artillery shells and 37-X 14-mm machine guns. 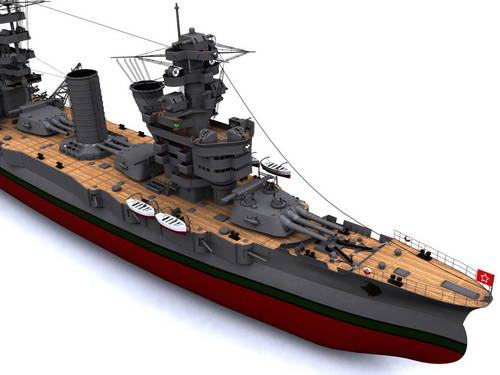 The war found a battleship in Sevastopol, where already 14 July 1941, he first opened fire on a plane Ju-88. With the breakthrough of the German troops in the Crimea, the ship became vulnerable to air attacks, so on the night from 30 to 31 in October, the battleship, accompanied by the cruiser Molotov, the leader of Tashkent and the destroyer Sorazyazitelny, left the main fleet base and went to Poti. From 26 to 29, November 1941, the battleship conducted its first combat operation to support the forces defending Sevastopol. On the night of November 28, in a strong storm (winds up to 8-9 points), the ship approached Cape Fiolent and fired 146 high-explosive 305-mm 299 high-explosive 120 shells and more 11 high-explosive 3-mm shells from the German forces in the villages of Baydary, Pavlovka and Rear XNUMX. . On the way back, the storm increased, the wind speed reached XNUMX points. As a result of the storm overboard, the sailor's XNUMX was washed away - these sailors were the only combat losses on the ship during the entire war.

On December 27, the ship re-emerged from Poti under the flag of Vice-Admiral L.A. Vladimir Vladimir, the commander of the squadron, accompanied by the leader Tashkent and the destroyer Intelligent. The ships had the same task - to provide artillery support to the defenders of Sevastopol. On the night of December 29, the battleship rose in the South Bay and fired at German positions in the Belbek Valley during 14 hours, using 179 305-mm and 265 120-mm shells, the enemy’s battery, which opened it, was fired by fire from the battleship no hits received. Having taken the wounded defenders of the city on its 1025 board, the December ship 30 arrived in Novorossiysk.

In the first half of 1942, the ship took an active part in supporting the actions of the 44th Army, which landed in the Crimea. During firing on the night of March 21 to 22, sailors noticed that metal fragments were flying away from the main-caliber guns, which was a signal of the maximum wear and tear of ship's guns. Upon returning to Poti, the ship began to be repaired. On April 12, the replacement of all trunks of the main caliber was made, but the active phase of the battleship’s combat operations came to an end. The desperate situation of troops near Sevastopol forced the commander of the Black Sea Fleet to turn to Headquarters with a proposal to use the battleship for transfer to the city 25 tanks KV, however, such permission was not obtained. Later, before the end of hostilities, the ship left Poti only once. May 31, 1943 the battleship was returned to its original name "Sevastopol". 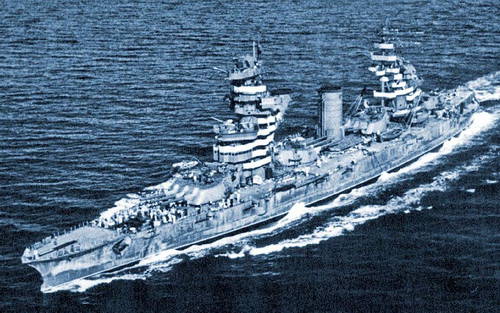 The battleship "Sevastopol" USSR
During the war, the ship made 15 military campaigns, walked 7700 miles and performed 10 artillery fires, supporting Soviet troops near Sevastopol and on the Kerch Peninsula. Air defense systems of the ship repelled 21 enemy raids aviationknocking down 3 enemy planes. On July 24.07.1954, 17.02.1956, Sevastopol was transferred to the category of training ships, and on February XNUMX, XNUMX it was expelled from the fleet.

Already on June 22, the battleship entered the war, firing on the Finnish reconnaissance aircraft, and on September 9 the ship had to open fire on the German troops advancing on Leningrad, first with the main, and after 6 days with anti-mine caliber. The battleship was in a combat position in the basin of the Leningrad Sea Canal, from where, during 8 days, it fired intensively at the Nazis, using 1042 305-mm projectile and getting 10 hits of 150-mm field artillery, as well as 3 hits of 250-kg bombs. As a result, the 25 man was lost, the 4 tower, the 37-mm cannon battery, and fodder diesel generators failed. To eliminate the damage 18 September ship departed for Kronstadt.

At this time, Kronstadt was subjected to daily raids by German aircraft. On the morning of September 23, during the reflection of the 13-th group air attack (about 40 dive-bombers) in the Marat, 2 bombs weighing 500 or 1000 kg almost simultaneously hit the Marat. Both bombs hit the bow of the ship and caused the detonation of the shell cellars of the first tower. The terrible force of the explosion cut the body of the battleship, tore off the 1 tower from the ship, destroyed the foremast with a nose superstructure and the first pipe. The nose of the ship broke off and lay down on the ground. The explosion killed 326 crew members of the battleship. By the morning of September 24, the Marat took on board the 10 000 tons of water, most of its premises below the middle deck were flooded, the ship sat on the ground, and the 3 m board remained above the water. 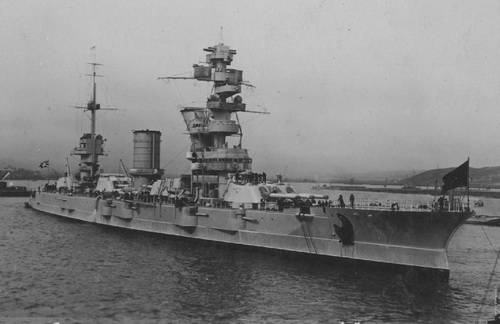 Battleship "Marat" before the war
By the end of October, the Baltic sailors managed to return the ship to partial buoyancy, under the enemy’s fire they managed to ascend the stern, re-started 3 and 4 gun turrets. In November and December 1941, the ship conducted 97 firing, firing 407 305-mm shells. All the surviving 120-mm guns from the battleship were removed and sent to the land front along with the calculations. To increase the ship’s defense against German artillery mounted fire, granite slabs 40-60 cm thick were laid on the deck, and they were removed from the nearest harbor wall.

The Germans tried to suppress the damaged battleship, which now served as a fort, with the help of their artillery. Initially, they used 150- and 203-mm field guns for its shelling, and at the end of December they connected 280-mm guns of railway basing. December 28 one of these projectiles almost caused the secondary flooding of the battleship. The shell, breaking through the entire hull vertically, passed through the shell and charging cellar of the 3 turret and was stuck in the hold without exploding. In the future, the Germans did not have any success in the suppression of the ship by artillery. Over the years of the war, by the 17 of January 1944, Marat conducted 264 firing of the main caliber, firing 1371 305-mm projectile, the battleship fire destroyed 7 and suppressed enemy's 86 field batteries, struck at least 25 units. armored vehicles.

The fate of this battleship is similar to the fate of "Marat". The war found a battleship in Tallinn, from where that 1 of July went to Kronstadt, during the approach of the Germans to the city, the October Revolution included its artillery defense. All the attempts of the Germans to sink the battleship ended in failure, did not even help the combined strikes using aircraft and artillery. In total, during the war years, the battleship received 6 air bomb hits (from 465 dropped onto a ship) and 19 artillery shells hit. The battleship conducted 126 firing of the main caliber, firing 1442 shells on the Germans. The battleship anti-aircraft gunners repelled 24 air raids involving 597 aircraft and shot down 13 of them, damaging 3.

Remarkable is the fact that the most formidable ships of the Russian tsarist, and then the Soviet fleets, never during the First and Second World Wars did not meet in battle with the enemy ships. The only battleship battleships of the "Sevastopol" type were led into the Civil War. In the 1919 year, the battleship Petropavlovsk, carrying out the cover of the destroyer Azard, which carried out reconnaissance, repelled the 7 attack of the British destroyers.