How to come up with Ukrainian nationalism 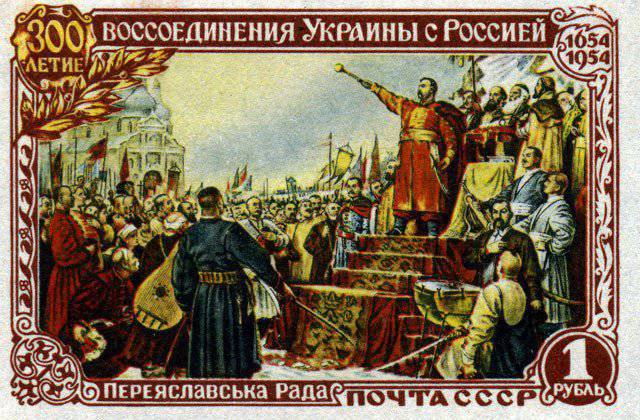 The tsarist government unwittingly helped shape the idea of ​​an independent Ukraine, although Tsar Nicholas I blamed Polish propaganda for everything

Evaluation of recent events in Ukraine is impossible without an understanding of the intellectual roots of Ukrainian nationalism. "Russian Planet" begins a series of publications about this phenomenon.

Modern история the relationship between Russia and Ukraine begins in the 17th century after the signing of the Andrusovo truce in 1667, and later of the Great Peace with Poland in 1683. Moscow left the territory of Left-Bank Ukraine together with Kiev. The incorporation of Eastern Ukraine into the Russian Empire took a century and a half, ending in 1782 with the abolition of the Hetman Institute. This process almost did not meet resistance both among the East Ukrainian elites and among the local population.

However, by the beginning of the XIX century the state of affairs had changed, and the process of formation of Ukrainian nationalism in the modern sense of the word was launched. Two factors became the impetus for the formation of a national identity in Ukraine.

Taking an active part in the sections of the Commonwealth, Russia united within its borders virtually all the territories in which the Ukrainian ethnic group lived, with the exception of four western regions that had ceded to the Austrian Hapsburg Empire. In the annexed lands, the local political elite had a great influence, whose political and cultural views were shaped by Polish traditions, which included ideas of the personal freedom of the nobility and a much lower dependence of local communities on the central government. 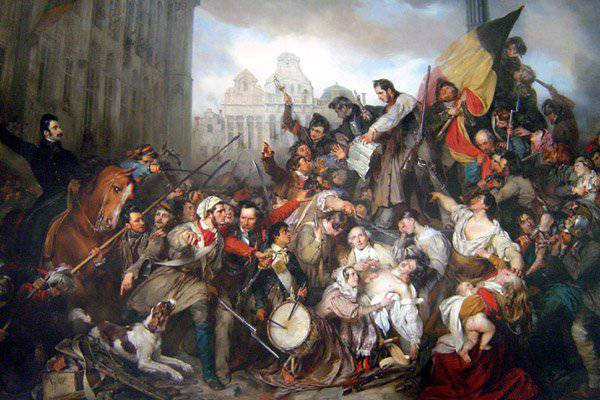 The great French Revolution in the painting "The Episode of the September Days" by Gustav Vappers. Source: Press Service of the Royal Museums of Fine Arts in Brussels

The second most important phenomenon was the Great French Revolution, one of its fundamental innovations was to raise the issue of national sovereignty above religious loyalty and feudal devotion to subjects to the sovereign. The revolution gave a powerful impetus to the formation of a national identity in virtually all the peoples of Europe. For example, the key role of the ideas of the French Revolution on the formation of the Pan-German intellectual movement, which set as its task the revival of interest in general German culture and history, has been thoroughly studied. Similar processes began in the territory of modern Ukraine. Promotion of ideas of cultural identity and the development of interest in the traditions of Little Russia, primarily to the Ukrainian language, became the first activity of the emerging Ukrainian national movement, called Ukrainophileism.

At first, Ukrainophilism was very popular among Russian educated circles. So, a huge contribution to the collection of ethnographic materials about Ukrainian culture was made by Nikolai Tsertelev, the compiler of the first collection of Cossack thoughts “The experience of collecting old Little Russian songs”. Despite the admiration of the ancient Ukrainian history, for the Russian Ukrainophiles, this was rather a passion, an attempt to find in the past Little Russia heroic images in the spirit of romanticism then fashionable in St. Petersburg. At the same time, the population of Ukraine was perceived as part, albeit distinctive, of the Russian people.

A fundamentally different shade and character was the activity of Ukrainophiles of noble origin. It was they who for the first time introduced the political component into the nascent Ukrainian nationalism. For them, Ukraine was a natural ally in the fight against the hegemony of the Russian Empire. The activities of such people as Mikhail Tchaikovsky and Vladimir Terletsky helped Ukrainian intellectuals to pass through the stage of apolitical cultural regionalism and impart an anti-Russian tone to their demands. 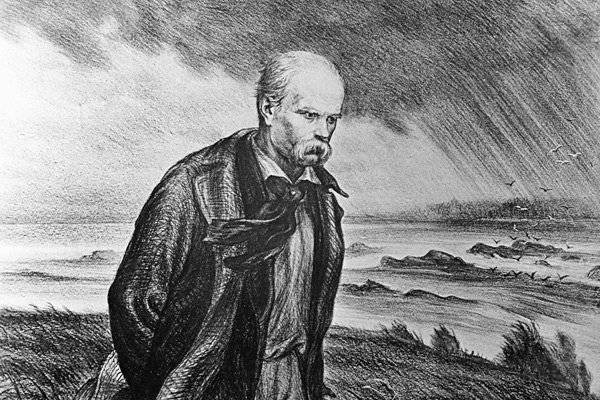 By the middle of the XIX century, when the process of formation of national movements began throughout Europe, in Ukraine there were prerequisites for the articulation of the Little Russian national doctrine. A huge ethnographic material was accumulated on the basis of peasant folklore in the Ukrainian language, contrary to popular belief that existed in an unsystematic way and before the appearance of the Ukrainian national movement itself. The intellectual elite, under the influence of the ideas of romanticism and a return to historical roots, was ready to accept the accumulated popular knowledge. What was needed was a group of people who would unite the accumulated material and give it a form equal to all segments of society, thereby creating a cultural code for a future nation.

Ukrainian nationalism had three fathers. The first of them is Taras Shevchenko, who created the modern Ukrainian literary language and for the first time formulated in his works the idea of ​​the Ukrainian revival as a new stage in the development of a society with a thousand-year history. The second is Nikolay (Mykola) Kostomarov, who developed the scientific narrative of Ukrainian history. The third is Panteleimon Kulish, who translated the Bible into Ukrainian. The three of them laid the foundations of Ukrainian culture as a common memory of a self-determined group living in a certain territory, the basis of any national movement. 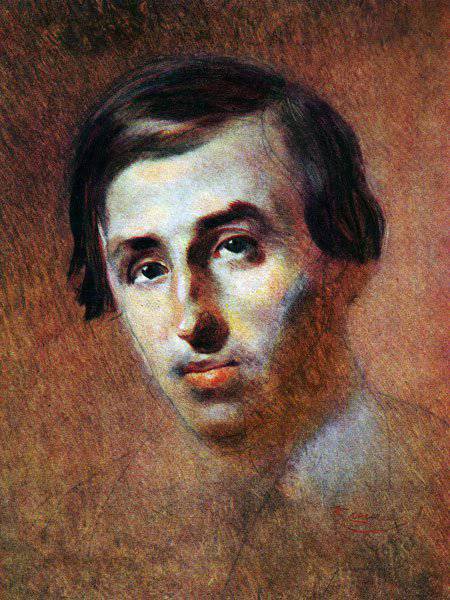 The activity of the founding fathers was not limited to scientific and literary research. It was under the leadership of Kostomarov on the territory of Ukraine that the first secret political society was created, called the Brotherhood of Cyril and Methodius. The core of this organization were young students of Kiev and Kharkov universities. In addition to social demands, such as the elimination of serfdom and class privileges, members of society advocated the development of Ukrainian culture and identity with the future prospect of turning it into a part of the Pan-Slavic Federation from Poland, Serbia, Bulgaria, Ukraine, the Czech Republic and Russia. The society did not last long (1847 — 1848) and was denounced by the Third Branch as a result of denunciation by one of its members. It became the first experience of political self-organization among the nationally-oriented Ukrainian intelligentsia, thereby acquiring symbolic significance for future generations of Ukrainian nationalists.

At first, the central government, neglecting the separatist nationalist ideology originating in the south of the country, only by the middle of the 1840-s realized the potential threat to the empire coming from Ukraine only by the middle of the XNUMX-s. For a long time, within the framework of the “Uvarovka Triad” policy - Orthodoxy, autocracy, nationality - to create a scientific corpus of Russian historical knowledge, the Ministry of Education encouraged historical and ethnographic research of all trends, including in Little Russia. There, Kostomarov, Shevchenko and Kulish were actively involved in this process. All three worked in various positions at Kiev and Kharkov universities, remaining unnoticed by the government.

But after the disclosure of the political organization, the attitude of the authorities changed. First, the anti-serfdom orientation of the 1830 — 50-s Ukrainophiles clearly contradicted the basis of the then political system. The imperial administration was equally serious about the possibility of the spread of separatist sentiments in Ukraine. 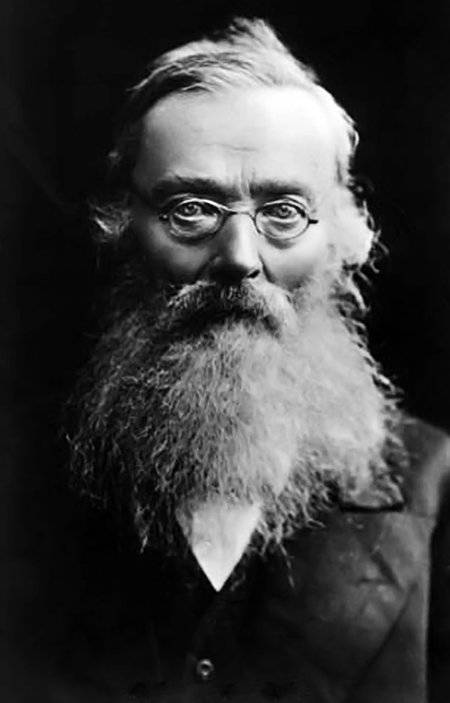 As the primary source of nationalist views in Little Russia, the Russian Emperor Nicholas I considered the influence of the Polish émigré intelligentsia. “This is a direct result of propaganda from Paris (where many Polish immigrants lived. - RP), which we did not believe for so long. Now there is no doubt about it, ”wrote the king.

The emergence of the secret political cell of the Ukrainian national movement required a certain reaction from St. Petersburg and it was adequate to the state of affairs that existed at that time. Taking advantage of the secret nature of the organization and the fact that it was unknown outside a small group of Ukrainian intelligentsia, the government decided to refrain from harsh measures and hide as far as possible the fact of its existence. Therefore, only point measures were taken against the most active members of the Brotherhood. Kostomarov was exiled to Saratov, and Shevchenko was sent off as a soldier.

The policy of the tsarist government unwittingly helped to create the concept of Ukrainian nationalism, helping to study history in order to reinforce the ideas of the nationality. Young scientists unexpectedly discovered for themselves a whole layer of powerful folk culture with a unique touch. As a result, several intellectuals constructed an idea of ​​identity, distinct from the Great Russian one. Thus, the foundation was laid for the creation of a national Ukrainian myth.

Ctrl Enter
Noticed oshЫbku Highlight text and press. Ctrl + Enter
We are
Battle of Vienna 1683 g., Or “We came. We saw. God conqueredPirates of the West Indies and the Indian Ocean of the second half of the XVII - early XVIII centuries
Military Reviewin Yandex News
Military Reviewin Google News
14 comments
Information
Dear reader, to leave comments on the publication, you must sign in.