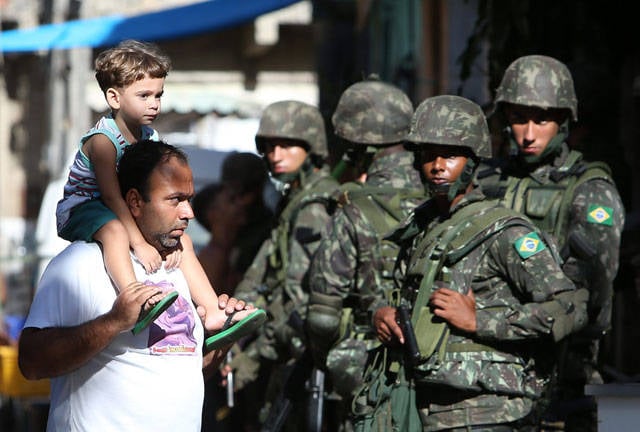 In the northeast of Brazil, riots in one of the prisons in the city of Aracaju took 122 hostages to a person, including 118 relatives of prisoners who came to visit them in prison. Four more are penitentiary staff.

By now, the situation has stabilized, negotiations on the release of hostages will resume later on Sunday, May 18, RIA "reportsNews". Other circumstances of the incident are specified.

In October 2009 years in a prison in the Brazilian city of Joao Pessoa also broke out a rebellion. Inmates set fire to several mattresses, the fire quickly spread through the building, which contained 860 people. Then seven prisoners died.
Ctrl Enter
Noticed oshЫbku Highlight text and press. Ctrl + Enter
We are
Gerashchenko: militants of the “Right Sector” who organized a shootout in Mukachevo are blocked
Military Reviewin Yandex News
Military Reviewin Google News
18 comments
Information
Dear reader, to leave comments on the publication, you must sign in.