Soviet program "probe" and the first commercial flyby of the moon 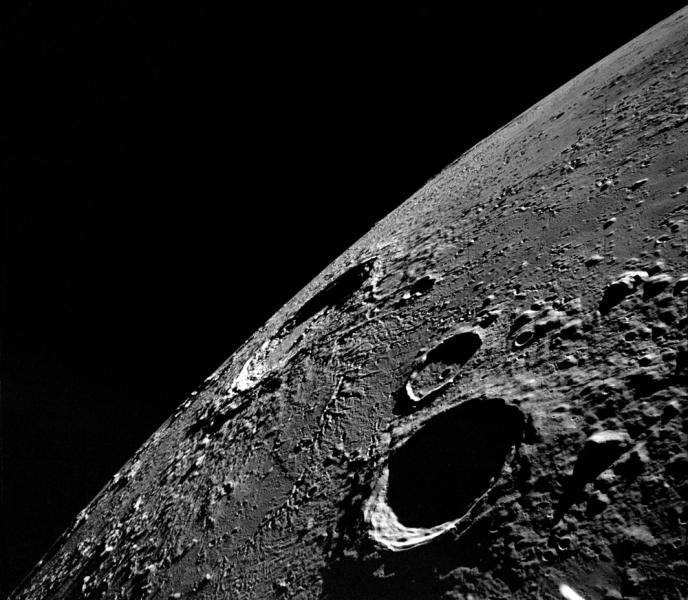 Rush through the icy mist and meet the sunrise over the Ocean of Storms. See with your own eyes the reverse side of the moon. To see the narrow sickle of the Earth, soaring in velvet blackness over the crater Lorenz. Walk at an altitude of 200 km above the surface of our satellite, having considered the smallest details of its relief. Countless craters and plains at the bottom of dry "oceans". A bizarre alternation of crests and dark dips, underlined by a blindingly bright Sun shining in the void of infinite space.

Will you be able to imagine what the brave men who will decide to contribute to the exploration of outer space will see? For the first time in 50 years since the last manned expedition to orbit the moon!

Outbreaks from the fall of new meteorites? Clouds of rising dust? The latest equipment will allow you to see what escaped the gaze of the American Apollo. Radon emissions from the bowels of the moon due to the influence of the tidal force of the Earth. Gas and dust clouds and anomalous glow in the crater Aristarkh. Electrical flashes generated by mechanical stresses and ionization of lunar rocks.

The first image of the Earth's rising over the lunar surface, transmitted by the apparatus "Lunar Orbiter-1", 1966 year
All this will see you! Participants of the incredible expedition of one million kilometers in length, on the border of the possibilities of modern science and technology. For only $ 150 per kilometer.

Your name will remain on the pages. stories cosmonautics. You will receive the attention of all world media. This is your step to immortality.

The technical side of the issue.

The risks of the expedition? They are minimal. At the heart of a daring plan is proven Soviet equipment that meets the highest safety standards. Simple and reliable ship "Soyuz-TMA-M." A new look at the old principles, in which the best achievements of the present and the past were combined. Upgraded cabin, updated instrument-flight complex, increased fuel capacity, fully digital control and digital telemetry data transmission system.

"Union" is ready to fly!

But will the small “Union” have enough strength for such a difficult and long journey? How to turn the 7-ton orbital "taxi" into a full-fledged spacecraft capable of gaining a second space velocity and circling the moon? On this account the specialists of RSC Energia and their American partners from the company Space Adventures. Ltd has a ready-made solution: an additional domestic compartment and the upper stage “DM”. 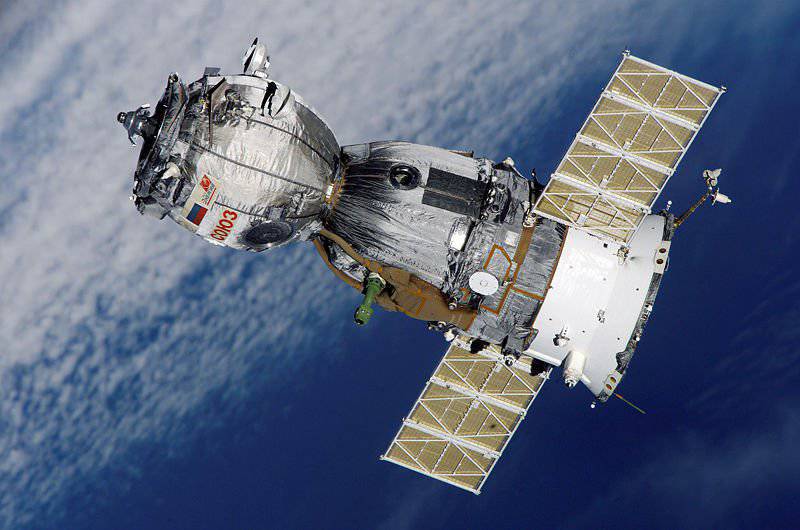 A, B, C, D, D - the so-called stages of the legendary carrier rocket H-1. The Soviet lunar program suffered a fiasco, and the only thing that now reminds of the once great rocket is the family of “D” booster blocks, which represent the fifth step of the H-1-L3 system with kerosene and liquid oxygen engines. “D” type accelerating blocks are regularly attracted to launch interplanetary stations and launch satellites into geostationary orbit. For example, the DM-SL modification is used as part of the Zenit-SL, used under the Sea Launch program.

A similar unit is also supposed to be used to disperse the Soyuz spacecraft while it flies around the moon.

As for the additional domestic compartment, then its creation was given at the mercy of the Americans. No specific data on this matter yet.

Everything new is well forgotten old. “Probe” was the designation of the Soviet spacecraft of the “lunar race” period of the 1964-70, intended to study the Moon, Venus and Mars from the flight path. And if the first four vehicles were conventional automatic interplanetary stations (as a rule, which failed their main program), then subsequent launches of the Probe program were pursuing a different, much more important and mystical goal. The USSR secretly tested ships intended for a manned flyby of the Moon (index - 7К-Л1).

Unlike the full moon landing, which required the H-1 super-heavy launch vehicle, the LOC lunar orbital ship, and the LK landing module, manned overflight required much simpler and cheaper means. The 7K-L1 spacecraft was a modernized version of the Soyuz satellites launched with the help of a heavy (but quite realistic) Proton UR-500 launch vehicle with an accelerating D-series unit. 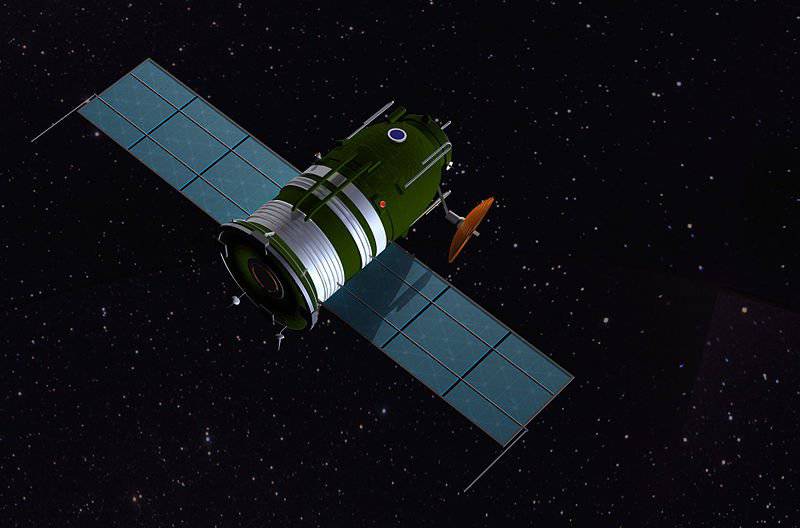 The Lunar Probe - Soyuz (aka 7K-L1) differed from the usual Soyuz in the absence of a domestic compartment (the abbreviated crew of two cosmonauts had to spend a couple of weeks in the lodgements of the descent vehicle) as well as enhanced thermal protection of the descent vehicle, which was to enter the atmosphere with the second space velocity. The scheme of returning the apparatus looked very unusual - 7К-Л1 entered the atmosphere over the southern hemisphere of the Earth, partially dampened speed to suborbital, and then again, due to the use of aerodynamic forces, rose into space and finally entered the dense layers of the atmosphere over the territory of our Motherland.

A total of 14 7K-L1 launches were made in an unmanned version, four of them (Probe-5, 6, 7 and 8) circled the moon and returned safely to Earth, completing the planned program in full.

At first glance, the statistics are terrible: on 14, the attempts of the entire 4 successful flight. The reliability of the system to hell. However, a more thorough acquaintance with the program "probe" turns out more optimistic details. The “raw” Proton launch vehicle was the biggest problem at that time - five RNs exploded at the launch pad or crashed in the active launch site. Zond-5B could not fly away at all - in preparation for launching, the tank of the upper stage “D” burst, the ship broke away from the launch vehicle and was stuck in the launch table farms. Attempt does not count!

The rest of the Probes were able to go into space, but somehow lost their course due to the failure of the orientation and control systems.

But another thing is much more important: if astronauts were aboard each of the Probes, all of them, despite the various circumstances, would have survived! Every time, the descent vehicle instantly fired from a faulty PH and landed safely on the ground. The emergency rescue systems of the Soyuz spacecraft do not know their equal in the world! The record is with V. Lazarev and O. Makarov, who suffered an accident on the border of the atmosphere and space (the legend of “Soyuz-18А”). Despite the dizzying fall from an altitude of 192 km, Lazarev and Makarov remained intact and soon returned to the cosmonaut corps.

The reliability and safety of the Soyuz satellites are amazing.

In the case of lunar Probes, problems could arise only for the crew of Zond-4, which, due to an error in the orientation system, entered the atmosphere through a ballistic trajectory and experienced overloads close to 20g. However, if the crew were on board, the astronauts could possibly correct the automation error and return safely to Earth. The same applies to the rest of the "Probes", lost their orientation in outer space.

Alas, the assurances of the specialists who worked on the 7К-Л1 program about the absolute security of the lunar mission remained unheard. Suppressed by the tragic death of cosmonaut Vladimir Komarov (1967), the leadership of the Soviet space program demanded 100% confidence in the successful completion of the expedition. When obvious success was achieved (two consecutive successful flights of the Moon with the Zond-7 and 8 spacecraft), the NASA astronauts landed on the moon from overseas. Priority was lost, and the "moon race" lost all meaning. Further studies of the Moon were carried out using automatic devices of the series "Luna" and "Lunokhod", which do not require the direct presence of a person in lunar orbit.

The Return of the Probe

This is exactly the way the joint project of RSC Energia and the Americans from Space Adventures can be called, offering a unique opportunity to visit unexplored space, being for several days at a distance more than 300 thousand km from the home planet. But at the same time write down your name to the rank of the great conquerors of space and, perhaps, make some important discovery. 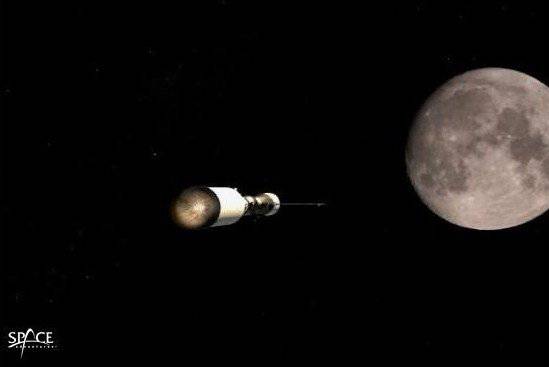 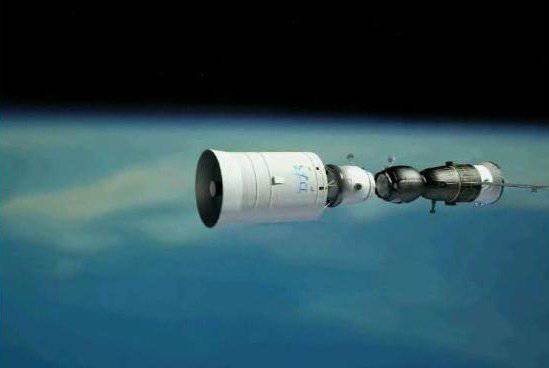 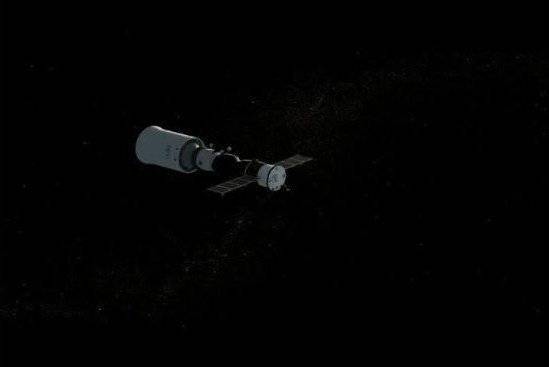 To carry out (more precisely, to buy) your dream is not difficult. A unique expedition will take place as soon as two VIP-tickets are sold, worth 150 million each. Third place in the cabin of the modernized Zond will be taken by a professional cosmonaut.

One of two tickets to the first commercial space flight around the moon on the Russian manned spacecraft Soyuz has been sold. The name of the buyer is not called. But this is a well-known person.
- “Space Adventures” continues to escalate the intrigue around the commercial flyby of the Moon.

When will the long-awaited flight? There is no exact information about this. Dates of proposed launches were repeatedly postponed. According to the most optimistic estimates, the first commercial flyby of the Moon can take place already in 2017. 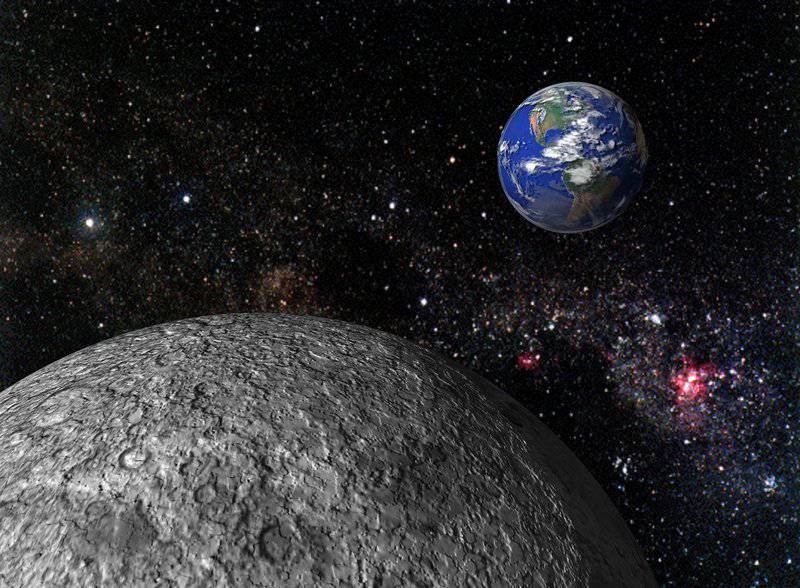 Ctrl Enter
Noticed oshЫbku Highlight text and press. Ctrl + Enter
We are
Since the launch of the first artificial satellite of the moon, 50 years have passedForty-fifth Expedition to Mars
Military Reviewin Yandex News
Military Reviewin Google News
15 comments
Information
Dear reader, to leave comments on the publication, you must sign in.