18 May 2014
45
May 18, Russia celebrates Baltic Day fleet Russian Navy. Despite the fact that officially in the country's naval calendar this day as a correspondence to the Baltic naval holiday appeared only in December 1995 on the basis of the order of the then Commander-in-Chief of the Russian Navy Admiral Fleet Felix Gromov, the date itself is much more impressive history. 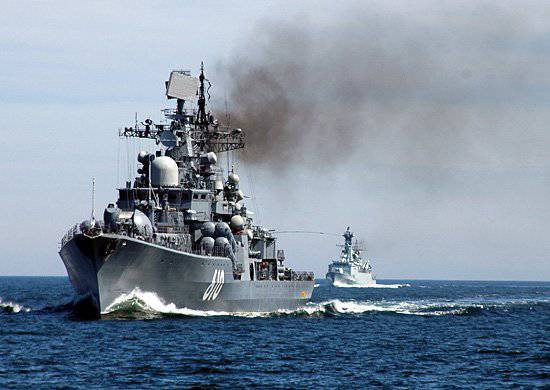 And this 7 (18) story begins on May 1703, when the Russian flotilla won a major battle victory at the mouth of the Neva River for about three years by carrying out a boarding of the Swedish ships "Astrild" and "Gedan" and forcing the Swedes to withdraw their squadron.

"Astryld" ("Star") and "Gedan" ("Pike") came as part of the same squadron for combat support of the fortress Nyuenskans (Nienschanz), which in 1611 was based on the Russian lands by that time, under the far-fetched pretext rejected Russian State by the Swedish King Charles IX. Nyenskans - a fortress located at the confluence of the Okhta River into the Neva River - in a place that was not flooded even when the strongest floods literally washed the surrounding settlements from the face of the earth.

The fortification building was built according to a project that was progressive at the time and had the appearance of a five-pointed star with five well-fortified bastions, two additional ravels serving for cross-firing on the approaches to the perimeter of the fortress, two crowders (external fortification in the form of a crown) reinforcing the fortress front. 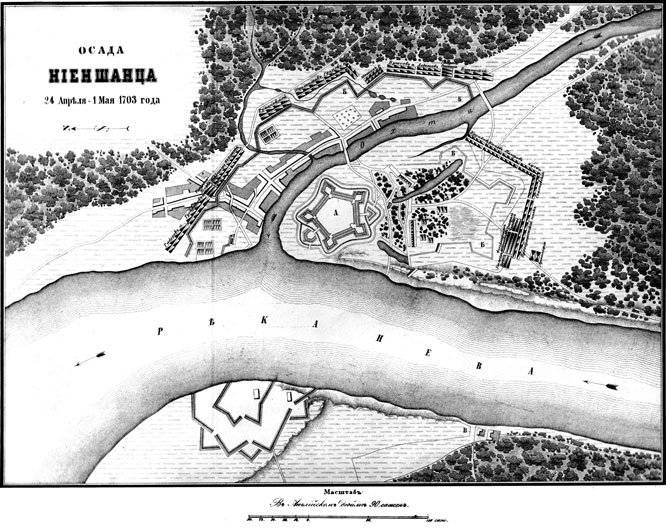 While 1 in May 1703, Peter I struck a powerful blow at Nyenskans after a week-long siege, forcing the troops defending the fortress to surrender, Admiral Numers (Sweden) led his ships to help Nyenskans. The situation for the Swedish squadron was complicated by the fact that Numers did not know that after the siege the fortress had finally passed into the hands of Peter.

2 May Numers, approaching the fortress, ordered to give a conditional signal (two cannon shots) in order to find out if Nyenskans holds the defense. Historians say that the Russian troops occupying the fortress responded with a password signal to the arriving ships, which finally misled the Numers squadron, forcing the admiral to think that the fortress was under the control of the Swedish garrison.

Shn'yava (a small sailing ship) "Astrild" and the "Gedan" boat separated from the squadron and headed towards the mouth of the Neva River - closer to the fortress, where they were attacked by 30 fleet boats commanded by Peter I and Alexander Menshikov. Soldiers of the Semenov and Preobrazhensky regiments took part in the battle. The unprecedented bravery of Russian soldiers allowed boarding Swedish ships, with a total of 18 guns on the sides, from boats, which by definition had no artillery weapons.

Place of the battle on the map of P.Pikart

It is believed that one of the first on board the "Astrilda" was Peter I. 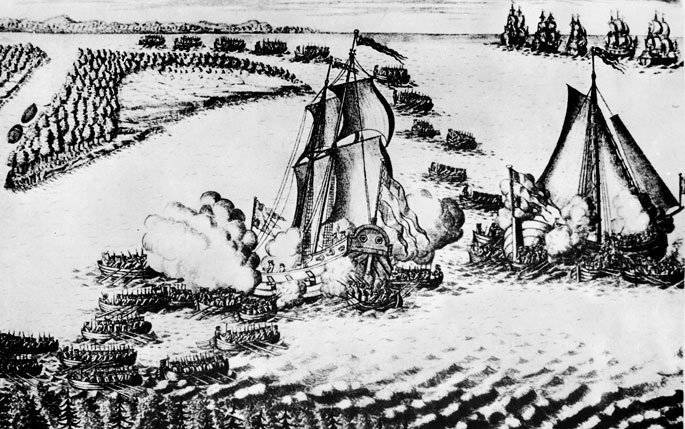 Two Swedish ships 7 (18) in May 1703, passed into the hands of the Russian squad, after which they became the core of the nascent fleet. However, the damage received during the Russian attacks was neither allowed to the Gedan nor the Astrildus to fully serve the Russian fleet in the Baltic.

In fact, as a result of the victory of 7 in May of 1703 of the year, the first two combat ships appeared on the Baltic Sea - the Astrylda and the Gedan bot. In addition, Russia already at that time could bring four small frigates into the Baltic Sea: two Syas, “Holy Spirit” and “Courier”. In the Olonets and Syas shipyards, according to the Baltic Fleet program adopted in February — March 1703, the construction of other ships was carried out. Finally, the symbolic significance that Peter I and his contemporaries attached to the battle and the victory of 7 in May can be considered the date of birth of the Baltic Fleet of Russia 7 (18) in May 1703.

The Baltic Fleet in different years acted as a stronghold of the Russian borders in the North-West. One of the glorious pages of the fleet is inscribed in the history of the fleet during World War II, when the commander of the Baltic Fleet was a man who became a real legend of the Navy - Vladimir Tributs. The name of Admiral Tributs, who was awarded two Orders of Lenin, 4 orders of the Red Banner and numerous other awards, is immortalized in the name of one of the St. Petersburg streets, as well as in the name of the BDK "Vladimir Tributs", which is one of the component parts of the Russian Pacific Fleet.
The actions of the Baltic seamen during the Great Patriotic War made it possible to inflict enormous damage on the enemy. Over the years of battles, the Baltic Fleet destroyed more than 1200 ships of various classes of Nazi Germany and its allies, almost 2,5 thousands of enemy aircraft. 173 Balts received the title of Hero of the Soviet Union, and four of them were awarded this title twice.

Today the Baltic Fleet is one of the strategic pillars of the state’s defense, which includes destroyers, patrol ships, small missile and anti-submarine ships, missile and anti-sabotage boats, BDK and small air-cushion landing ships, submarines, search and rescue ships and support vessels. The main points of basing are Baltiysk (Kaliningrad region) and Kronstadt (Leningrad region). Since 2012, the Baltic Fleet is commanded by a graduate of the Pacific VVMU. C.O. Makarov and the Academy of the General Staff of the Armed Forces, now - Vice-Admiral - Viktor Kravchuk. 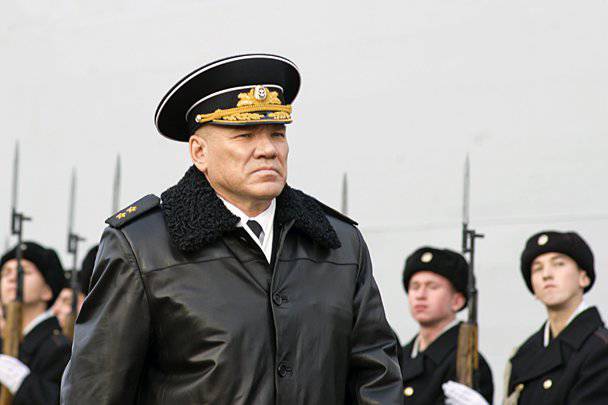 "Military Review" congratulates the sailors and veterans of the Baltic Fleet, their families and relatives on the holiday. He wishes the qualitative development of the fleet, the continuation of its glorious traditions, the training of young specialists, the systematic renewal of the naval military and service equipment for the full-fledged building of the Russian security system. Happy Baltic Fleet, Russia!
Ctrl Enter
Noticed oshЫbku Highlight text and press. Ctrl + Enter
We are
Day of the Baltic Fleet of Russia
Military Reviewin Yandex News
Military Reviewin Google News
45 comments
Information
Dear reader, to leave comments on the publication, you must sign in.