An important statement of Strelkov Igor Ivanovich 16 May 2014 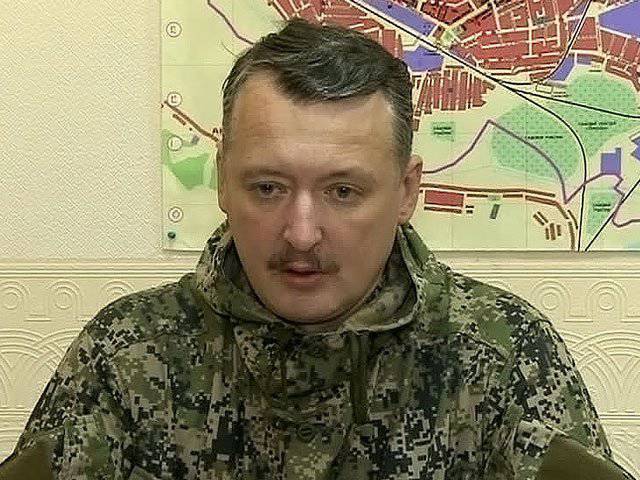 As many already know, in Moscow and St. Petersburg, the Bandera underground is preparing a new so-called. "playpen". The reason for her was the murder of a football fan in the city of Pushkino. This event was immediately raised "on the flagpole" by pseudo-nationalists of the Russian Federation, who secretly are fan of their friends from the "Right Sector" of Ukraine.

The slogans of this "manezhki" are already known: "Down with Putin from the Kremlin!"

At the same time, excerpts from Igor Ivanovich’s early notes and statements regarding Putin V.V appeared in the network, where he (to put it mildly) criticizes him.

I informed Igor Ivanovich about the potential possibility of using his very popular name in order to propagandize this action of the enemies of Russia.

Here is a comment I just received. I quote:

“I, of course, do not know anything about the next manezhka.

For my part, I can say the following (can be published): my most harsh anti-Putin statements refer to the 3-4 period a year ago, when I finally lost faith in the very possibility of changing policies and abandoning mindlessly following Hell in the tail of the so-called. "world community". At the present time, in my opinion, the “revolutionary situation” personally initiated by Putin is on the face. And his steps recently directly indicate a radical change in course. Very late, but still. Following these steps, serious personnel changes must follow, aimed at actually clearing the environment from the current and potential agents of the world oligarchy, as well as from the most inflexible "close circle" people who are nothing but ballast.

Nevertheless, there is hope for a change of course within the country. And the alternative to Putin in the form of a “swamp opposition” with poorly-sane and incapacitated screamers-leaders somehow does not inspire. In the current situation of the deployment of border war and the growth of confrontation with the world oligarchy, supporting a radical revolution means following the path of the Social Revolutionaries and Bolsheviks in 1916-17, ready to destroy everything — the country and the army — even in league with direct enemies.

The logic of the war itself will push Putin to the right decisions. Already pushing. The annexation of the Crimea is only the first step, but it is just such a step, to “slow down” after which it is no longer possible. The logic of events will now inevitably push the Russian president to new contradictions with the country's external and internal enemies. conflicts with them will grow. I hope he himself understands that there is no going back and that no one will forgive him and his surroundings an "unexpected rebellion."

In this situation, I believe that patriotic forces should at least not oppose the government in alliance with a liberal bastard sponsored by a foreign and domestic financial oligarchy. "By their fruits you shall know them." There are "reference points", the relation to which is the "litmus paper" for any patriot. You can not go to alliances with Satanists and sodomites, no matter what "tactical goals" such alliances would not be covered. Never true patriots of Russia will not come to power in the same column with the "rainbow-blue" and "followers of Chubais." At best, they will be prepared for the fate of the current militants of the Right Sector, who, under ultra-patriotic slogans, were thrown to kill their own people by terry warlords, homosexuals and sectarians Yatsenyuk, Turchinov and Co. "

Ctrl Enter
Noticed oshЫbku Highlight text and press. Ctrl + Enter
We are
Boroday: "In fact, the shooters are already fighting on the side of the enemy"To the failure of Maidana-on-Manezhke. How we suddenly matured and who thanks for it
Military Reviewin Yandex News
Military Reviewin Google News
168 comments
Information
Dear reader, to leave comments on the publication, you must sign in.