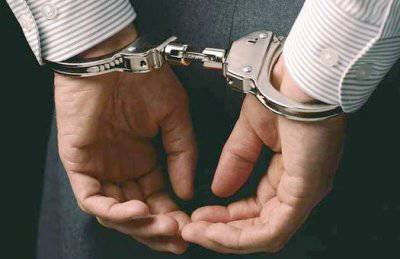 The events of 9 in May overflowed the patience of even the “tolerant” Ukrainian authorities.


There is in the almost venerable assembly of criminal types one category that personally causes the greatest disgust and disgust in me. These are those that specialize in "work" with the elderly. As a rule, these “masters” either lure money from them or commit physical violence. In consciousness, they are strongly associated with jackals and hyenas attacking old, sick, and defenseless.

Hyen-like individuals are found not only in the criminal world. Sometimes they penetrate into the nationalist Ukrainian parties. For example, their, as shown by the events of May 9 in Lviv, even a dime a dozen in ultraradical "Freedom". It costs nothing to insult them, or even physically deal with very elderly people who have come to honor the memory of those who fell in the Great Patriotic War.

In general, it does not fit in the head. What kind of normal, strong and healthy young man might have in his head the idea of ​​insulting, pushing or hitting an old man just for different looks? Only narrow-minded political deviants are capable of this, which the notorious Svoboda sheltered under its wing, habitually serving as a detonator of political and interethnic scandals not only in Galicia, but throughout Ukraine.

For a long time, the authorities did not pay attention to the “pranks” of “Freedom. Only journalists constantly wrote about her provocative pranks and statements. However, after 9 May in the capital of Galicia it was impossible to endure further.

On the eve it became known that in Lviv and Ternopil arrests of deputies of local councils from the Svoboda party were carried out, which provoked the 9 riots in May. The Minister of Internal Affairs of Ukraine, Anatoly Mogilyov, promised to punish the guilty for the fights and carnations that they organized in these cities on a holiday. “The collected materials on this case were sent to the prosecution authorities for appropriate response and decision-making,” the minister said. According to him, the videos of the events in Lviv show “facts of aggression of people with blue“ Freedom ”armbands. “We believe that it was the nationalists who provoked these conflicts,” said Mogilyov.

Svoboda confirmed his words through its representative: “The members of the organization, brothers Mikhail and Vladimir Kuznetsov, members of the Sambirsky District Council, were detained. According to one of them, who managed to call, they are interrogated on the events of 9 in May in Lviv. ” At the same time, a criminal case was opened in Ternopil against a lawyer of the local organization of Freedom, Viktor Capricorn, for “damage to the red flag of May 9”. He faces a prison sentence of up to four years under art. 296 UCU, ITAR-TASS reports.

Condemnation of "Freedom" was made by the deputy of the Odessa City Council from the party "Rodina" Grigory Kvasnyuk. He believes that the leader of Svoboda, Oleg Tyagnibok, and the rest of her leaders should be arrested for insulting the veterans and attacking the participants of the 9 celebrations in May in Lviv. “Lviv events should entail effective conclusions. Today, I should be arrested, Irina Seh, who broke the doors in the bus, should be arrested, Mikhalchishin should be arrested for appealing to the violent overthrow of the constitutional order: he directly says that the Bandera army will reach, seize and sweep everyone outside Ukraine, and no one does not pursue "

“Unfortunately, no one in parliament today noted the fact that over the past 5 years, the number of Nazis represented in government, particularly in Western Ukraine, has increased 6 times - from 5 to 30%. And how many will be in the next election? And if 60%, i.e. most? Today they refuse to comply with the laws and try to remove the governor because they so want. Therefore, the situation is not just difficult, but very difficult, ”Kwasnyuk sounds the alarm.

“Freedom”, meanwhile, continues its activities aimed at the increasing ideological removal of Galicia from the rest of Ukraine, speeding up its quite possible future split. Thus, the Odessa regional organization of the VO “Svoboda” intends to 21 of May to hold a march along the central streets of Odessa, according to the letter of the VO “Svoboda” to the Odessa mayor Alexei Kostusev.

It is hard to imagine anything more ridiculous than the procession of a handful of ultranationalists through the streets of the totally Russian-speaking Odessa, where the Ukrainian speech sounds only on Privoz, where peasants from the surrounding villages deliver their products for sale.

The procession will not be just like that. The nationalists intend to celebrate the Heroes Day of Ukraine, which is celebrated on May 23: on this day, NKVD agent Pavel Sudoplatov destroyed the OUN leader Yevhen Konovalets with explosives in a box of chocolates. By the way, two-meter posters depicting the sorrowful Konovalets face can be found in Lviv at public transport stops. Here he is a national hero.

How could Odessans respond to the upcoming trick of "Freedom"? Unless to decorate the stops along the route of nationalists with the same posters, but with the image of Sudoplatov. So to say, balance the situation. In Galicia - their heroes, in Odessa - their own.

In general, the Ukrainian authorities do not seem to know what to do with the growing, as if dough on yeast, the activity of nationalists in Western Ukraine and with their persistent and ongoing attempts to impose their ideology and values ​​on the rest of a much larger part of Ukraine. Increasingly, there are calls by various Ukrainian politicians for the federalization of the country, which would allow Galicia to have its own "heroes" and symbols, but only on the territory of its five regions.

Looks pretty funny. There are no analogies in the world, but if there were, then it would be easiest to imagine Germany here, one part of which would honor Telman and the other part to honor Hitler. However, given the characteristic persistence of Bandera, it can be assumed that even if this happens, they are unlikely to calm down and continue their ideological expansion. There’s nothing more to do.

In accordance with the laws of physics, every action causes a reaction. On 22 June, the Communists of Ukraine, with the support of the Communist Party of the Russian Federation and with the participation of Zyuganov, planned a mass march under the red flags in Lviv as a response to the riots perpetrated by Svoboda. There is no doubt that, looking at him, the members of "Freedom" will again get excited and will want to respond in word and deed. So it will go on, if only the Ukrainian authorities do not “plant” especially ardent Svobodites in places where those will have a couple of years of time to think about their own behavior.

Reportedly, against the chairman of the Freedom faction in the Lviv City Council, Irina Seh, a criminal case has already been opened on the totality of 9 on May and during the April visit of Viktor Yanukovych to Lviv, when a large group of nationalists tried to break through the police cordon and prevent the head of state from speaking. As they say, it's time.