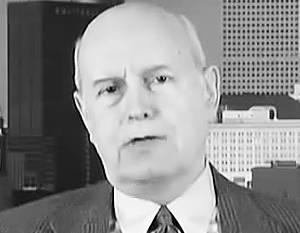 Residents of the South-East of Ukraine declared that they choose freedom ... freedom that is not controlled by the West.


And we, all understanding, just sat and watched it all in the TV-repeat mode. We watched the train slowly crash.

We knew that a disaster would happen, but we couldn’t do anything to prevent it. That is why Kiev and its patrons did everything possible to discredit the east of the country.

We watched as Western leaders literally buried themselves: the worst shame lay, of course, on Obama, the Nobel Peace Prize laureate. The EU, in turn, is in shock and denies the results of the referendum, thus shaming even more.

They all seem to think now about how to get out of the chaos that they themselves have created.

Ukrainian gambit can lead to unprecedented negative consequences for leaders. If Europeans were smart, they would see what their governments really are ... This is the European version of Kiev, which ignorantly demonizes its largest partner, Russia.

Europe needs to do general cleaning at home. The elections to the European Parliament 22 – 25 in May is the ideal time to change the old order and prevent the threat of disintegration: the EU should not take the path of Kiev, which has lost Donetsk, Lugansk regions and the Crimea.

We watched as Western media launched a fake campaign about Iran’s having a nuclear weapons and switched to Russia, presenting it on the pages of publications as an aggressor.

It's funny, if it were not so sad. 150 000 of dead bodies in Syria is not at all ridiculous, and neither the UN nor the Hague did anything to impose sanctions on numerous players involved in these acts of terror: the United States, Israel, Jordan, Turkey, Saudi Arabia and Qatar remained unpunished.

Let's return to Kiev. The US and the EU thought they had involved Putin in the quicksand of Ukraine, and then hoped to use the terrorists they used, for example, in Syria. It is clear that Eastern Ukraine is defenseless against them.

We did not see man-portable anti-aircraft complexes in the East, instead of them there were several RPGs. I have not seen a single 50 machine gun caliber. Instead, we were confronted by unarmed civilians in villages and several armed militias who allegedly attack Kiev’s “anti-terrorist troops”.

After the referendum has passed, it can be argued that there will be car explosions, machine guns, attacks, as in Odessa, attacks on the population. All these actions will be aimed at ensuring that the East could not ensure its security and would turn to the Russians for help.

From my sources, it follows that all the militants and mercenaries are now thrown to the Southeast to create chaos. The CIA has a lot of experience in organizing chaos with the hands of third parties.

Saudi Arabia is the main supplier of foreign terrorist brigades angry at Russia, which prevented them from seizing Syria and gaining access to a pipeline in the Mediterranean to prevent the export of Russian energy to Europe.

All of these wars and regime changes are a war of elites who want to become even richer and snatch their piece of cake from corrupt politicians.

But the Russians did not fall for the bait "to take Eastern Ukraine." They knew that as soon as the referendum was held, Western leaders would deny its results and read morale with a pistol in their hands.

Therefore, the rebels received world support very quickly. Thus, the UN representative said that the issue of recognition of the independence of the eastern regions of Ukraine will be decided by the member countries of the General Assembly. Western masters of coup d'etat will no longer have complete freedom of action. They do not know, but everyone is really tired of their endless lies. People are finally waking up and come to understand that transnational security agencies can use force against us when it is needed.

The next step on the road to sanity should be the participation of new independent areas in the negotiations. If Kiev intends to continue conducting “anti-terrorist” actions that lead to the death of Ukrainians on both sides, he will divide the country out of his own stupidity. Eastern Ukraine is likely to boycott the elections in Kiev.

In the course of the struggle for a place in the European Parliament, they will certainly begin to look for those responsible for this conflict. There is internal opposition in the EU, including among the business community: it begins to raise its voice and declare the stupidity of sanctions as an instrument of pressure on Russia.

The Germans raised a fuss, France recently refused Victoria Nuland to demand to cancel a 1,6 billion-dollar deal to build two Mistral warships for Russia. Thousands of French are working on these shipyards. And yes, France would be waiting for heavy fines for breach of contract.

Western governments are trying to reassure the business: that sanctions will not lead to repression from Russia. And the more they try to calm down the business, the more evil the voters will get.

The Russians can not allow Kiev to dictate at what price they pay for gas. Otherwise, all fines and contracts would be useless. While the Western media say that the gas crisis was provoked by extortion from Russia, all businessmen and officials know that this is actually a question of breach of contract, which is easily resolved in court.

In the end, no one believes that Kiev makes all the decisions without the approval of the US and the EU. Their voters are not as stupid as Victoria Nuland thinks. Believe me, people can easily figure out the cause of their troubles.