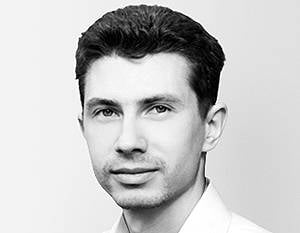 The future Bandera Ukraine is a small country in Eastern Europe.


A landlocked country devoid of heavy industry and large mineral deposits. The only fragment of the industrial archaic is the gas pipe, stretched from east to west. Today it is not used and is an object of religious worship among the locals.

The population of Bandera Ukraine is small - about 20 million. However, a third of the adult population spends most of the year on earnings abroad. Only old and minor children remain at home.

That is why in the cities of Banderia there is so much space, so much empty cheap housing and such an inconspicuous, devoid of noise and energy, cheap life. This is a really great place.

The country earns very little - just over Slovenia or Lebanon. Earns mainly tourism, including intimate tourism for people of all orientations. With the mediation and financial assistance of the European Union, whole streams of concerned Europeans rush into Banderia in the summer.

New Thailand is ready to accept all. In the off-season, the bulk of the budget of Banderia consists of international currency transfers sent by migrant workers from abroad.

The government of Banderia is appointed directly from the United States. The local parliament strictly ensures that the genealogy of the head of state is clean up to the seventh generation. Half-breeds are not allowed to govern the country and are content with the role of "non-citizens".

Non-citizens can not only vote but also get a job (janitor or public utilities) without knowing the state language. The best practices of the Baltic countries helped to build such a fair social scheme of Banderia.

It is very prestigious and profitable to be a member of a language commission testing the knowledge of the state language. Only historians who in Banderia specialize in questions of national oppression and sacrifice can argue with this post.

The country is filled with all kinds of institutions of national memory, universities. Holodomor, collegiums on national consciousness and other "ministries of truth." A special commission has been established to assess the damage caused by former cooperation with some neighboring countries.

In the coming years, the titanic work of the commission will be completed and the neighbors will be billed ... All residents hope that after paying the standard of living in Banderia will increase dramatically and it will finally lose everyone’s nose and become the champion of everything.

In the meantime, a favorite sport in Banderia is jumping on the spot. The game was first tested on the day of the founding of the country on the Holy Maidan and received the name "Who does not jump - that Moskal!".

Every year, on the day of St. Maidan, residents jump and have fun. Usually, on this holiday, non-citizens who do not speak the state language are not recommended to leave home. Otherwise possible accidents and self-harm. He who did not hide is to blame.

For the rest, Banderia piously honors all international rights and obligations and seeks to Europe, of which she feels part of. The third stage of the penultimate phase of the final part of the “roadmap” for the possible acquisition of associate membership will be completed this year.

The next eight stages, the government plans to go to 2030 year and then proceed directly to the preparation of a request for inclusion in the EU.

Banderia is preparing to embellish this difficult path with a number of significant events - the installation of monuments, the renaming of streets, the release of a series of personal awards, and the next course review. stories in school textbooks.

We wish happiness to this amazing country. Happiness away from us.

Ctrl Enter
Noticed oshЫbku Highlight text and press. Ctrl + Enter
We are
List of destroyed the largest and most high-tech enterprisesThe past, present and future of Russia's energy strategy
Military Reviewin Yandex News
Military Reviewin Google News
137 comments
Information
Dear reader, to leave comments on the publication, you must sign in.