Syria: a new round of war?

19 May 2014
33
There are two opinions about the situation in Syria, circulating on blogs and media: 1) Bashar Asad is successfully advancing, crushing the enemy and is about to win a final victory, which will be confirmed by his success in the presidential elections; 2) after the presidential election, which the West is not going to recognize and has already declared an act of tyranny for Assad, the real military actions of some “coalition” will begin against Syria. 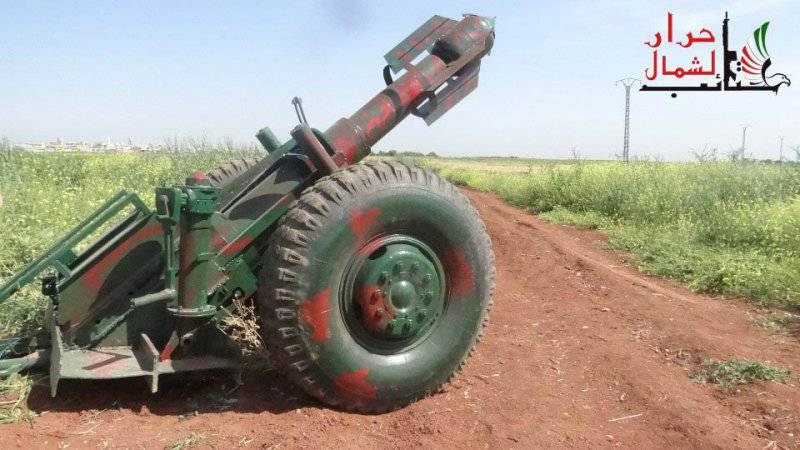 Al-Arabiya political columnist Joyce Karam, whose opinion leads RIA News"He believes that the support of the US National Coalition, as well as the upcoming elections to the SAR, are the direct prerequisites for a new war in Syria.

It seems that Washington decided to take matters into its own hands. The Syrian opposition members who participated in the meeting at the White House say that they not only managed to agree on strategic cooperation, but also enlist the support of Congress.

Joyce Karam notes that the parties have reached agreement on countering extremism in Syria with a fine wording: no matter which side of this extremism is represented. Washington, according to the analyst, is preparing to begin hostilities - not as an “aggressor”, but as a state supporting the “legitimate power” of Syria. The aforementioned power to the government of Assad, of course, is not relevant.

And with a swoop the American administration will not take Damascus.

Karam believes that the arming of the "moderate Syrian opposition" will proceed gradually. First, the link between the political and military wings of the opposition will be strengthened. The main role in this is assigned to the leader of the NKORS Ahmed Jarbe.

RIA "News"Quoting the observer:" While terrorist groups linked to Al-Qaida are building up their presence on the border of Syria and Iraq, and the diplomatic corridor to solve the problem is narrowing, Syria can only prepare itself for a new bloody war.

But what does the deputy editor-in-chief of France Media Monde, Mustafa Tossa, think, the author of the article The Incredible Victories of Bashar al-Assad, published in the French Le Huffington Post (the translation source is "InoSMI").

“Must be, Bashar Asad is now quite rubbing his hands, sitting in his impregnable palace. The confrontation with the opposition, neighbors in the region and the international community is gradually beginning to turn around in its favor. After the military environment, stifling economic sanctions and quarantine in the media, his regime should inevitably collapse. He could not help but consider the prospect of defeat, despite the benevolent patronage of Russia and the indulgence of Iran. Be that as it may, nothing now indicates a coming regime change in Damascus. Bashar Assad was incredibly lucky, and even the most astute observers find it difficult to find an explanation for this. ”

The author of the article explained the successes of Assad for two reasons.

By the first reason, as can be understood from the explanations, Asad has nothing to do.

The United States decided to abandon the military overthrow of the "regime", the journalist writes. Saddam Hussein in Iraq and Muammar Gaddafi in Libya overthrown, and Assad did not overthrow. “This move gave the Syrian regime more freedom to maneuver,” points out Mustafa Tossa, “and he was able to agree on survival with the help of Vladimir Putin.” (So, Putin also helped.)

The second reason, the analyst points out, was the fatal mistake of two Arab states that were blinded by “hatred of Bashar Assad.” Speech about Saudi Arabia and Qatar. It was they who financed the al-Qaeda fundamentalist groups.

As a result, the Syrian crisis has turned from an ordinary power struggle between the regime and the opposition into a confrontation between the authorities and terrorist movements that are striving to create an Islamic state, the author believes.

The European leadership consulted and decided to think about measures to counter the Islamists. Finally, a “late admission in the misjudgment of events” came.

The author quotes the words of the CIA head John Brennan, who expressed the changed spirit of the international community: "We are concerned about the use of al-Qaida by the Syrian territory to recruit supporters, create conditions for carrying out terrorist acts in Syria and turn Syria into a strong point."

Following Brennan, the new US Homeland Security Secretary Jay Johnson showed up: "Syria has become a problem of internal security."

The author summarizes: B. Assad has never been so close to success.

By the above two points of view, you need to add on the situation in Ukraine, which the US is closely involved with the EU. At the moment, Washington and Brussels are passionate about the split of Ukraine, financing there “reforms” and are seriously considering a geopolitical scenario called “New Yugoslavia” (which will later be blamed on Russians). Sanctions against Russia, the dumping of nuclear waste in the Chernobyl exclusion zone, the commercial activities of the atomic Westinghouse and the environmentally harmful production of shale gas on the separatist gas are all much more interesting topics than Syria, which Washington seems to have put aside for the nineteenth plan. In the end, nothing prevents a cohesive political team of Americans and Europeans from engaging in a weakened Syria after it is finally consolidated in Ukraine and turned into accountable territory.

Observed and commented on Oleg Chuvakin
- especially for topwar.ru
Ctrl Enter
Noticed oshЫbku Highlight text and press. Ctrl + Enter
We are
Syria: Bashar Assad comes, and for that he will not be allowed to attend the Olympics in LondonSyria: Americans scare themselves, and Asma Asad buys chairs
Military Reviewin Yandex News
Military Reviewin Google News
33 comments
Information
Dear reader, to leave comments on the publication, you must sign in.