North Korea has got the newest warships

16 May 2014
16
According to RIA "News", with reference to the online portal 38 North, on satellite images obtained from December 2013 to January 2014, you can see two of the latest warships fleet North Korea, standing in the ports of Nampho and Najin. 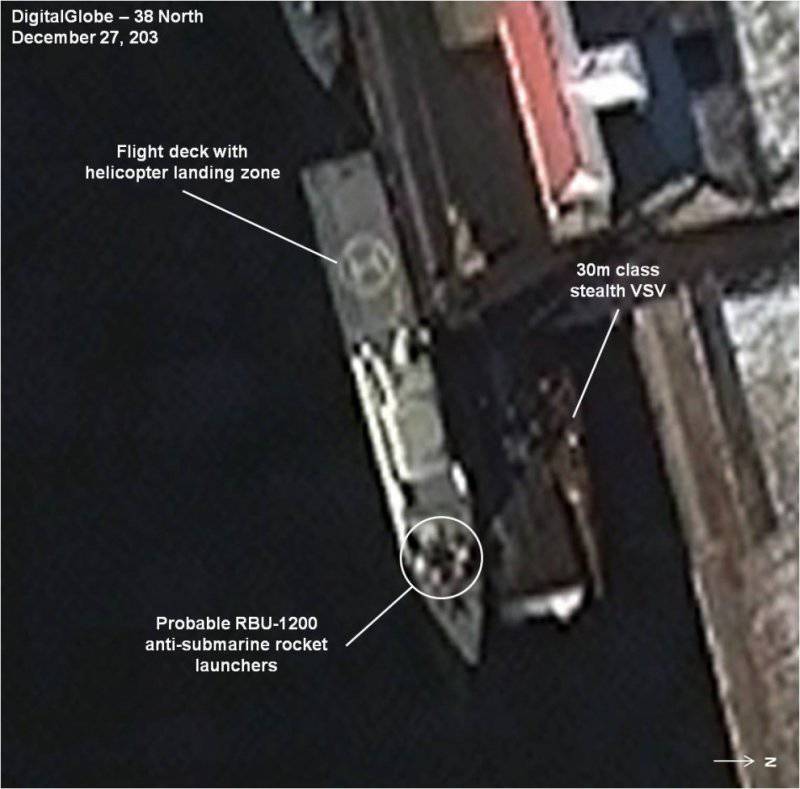 According to experts, on the new ships of the DPRK there are helipads, as well as special missile systems, allowing to fight with South Korean submarines.

A leading US expert on armaments in North Korea, Joseph Bermudez, said that over the past ten years, North Korean authorities have continued to build a military fleet, despite economic sanctions from the world community, as well as industrial and economic stagnation.

Bermudez noted that the adaptation of new ships to the conduct of marine operations will last for several more years.

According to Bruce Bennett, senior analyst at RAND Corporation, the technical and volumetric characteristics of the new frigates are superior to those of any other warship in the DPRK.

“The appearance of these two new ships will not make North Korea a powerful naval power. In the event of a serious conflict, the combined naval and air forces of the United States and South Korea will easily sink their ships, ”he added.

Ctrl Enter
Noticed oshЫbku Highlight text and press. Ctrl + Enter
We are
The guys from our yard. Photo report from the opening of a unique sports groundNorth Korea promises a “sea of ​​fire" in response to "provocations"
Military Reviewin Yandex News
Military Reviewin Google News
16 comments
Information
Dear reader, to leave comments on the publication, you must sign in.