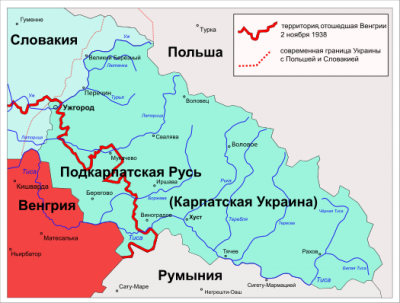 A month ago, parliamentary elections were held in Hungary, in which the ruling Fides party won. Thus, Viktor Orban retained the post of prime minister. Orban and his party members, who became famous for political scandals at the EU level, oppose not only European “tolerance”, but also the “Great Hungary”.


Recall that the popularity of Orban and the Fides Party is based on the country's social policy. Measures to reduce utility tariffs gave the prime minister enormous chances of winning the election. Mr. Orban managed to find funds for his domestic policy: transnational corporations and banks doing business in the country had to pay extra. tax (for which the EU was separately offended by the Hungarian prime minister).

Orban's foreign policy can be called "non-aggressive expansion." The prime minister, it seems, seriously intended to cut off the stratum from the Ukrainian Transcarpathian region. He has long been promoting to the masses the idea of ​​granting citizenship to Hungarians living in neighboring countries, including the Transcarpathian region of Ukraine. And Orban - this is not some empty talk. He said - done.

To date, more than six hundred thousand Hungarians abroad (that is, not only Ukrainian) have received citizenship - and any of them has the right to vote in the Hungarian parliamentary elections, including the Fides Party. Very wise policy.

At the April session of the PACE, the Hungarian delegate (not related to the party of Orban, but, nevertheless, the official delegate) went even further. He told the audience that Ukraine is an “artificial state”. Transcarpathia for many years belonged to Hungary. As for the Transcarpathian Rusyns, “no one recognizes them in Ukraine.” The Hungarian representative agreed to the fact that he turned off the microphone.

At the same time, Hungary is not tired of condemning the Russian "annexation" of the Crimea. And the Hungarian government would like to squeeze out Gazprom from the EU market and replace Russian gas with US shale gas.

Recently, Viktor Orban confirmed his claims regarding Transcarpathia. Having taken the reins of the prime minister for a third term, he declared the need for autonomy and dual citizenship for Hungarians living in neighboring countries, including Ukraine. Reported by IA "REGNUM" with reference to "Ukrinform".

Orban's message, as always, was simple and intelligible.

Speaking in parliament after taking the oath of the head of government, the prime minister said: “We view the Hungarian issue as a European issue. Hungarians living in the Carpathian region have the right to dual citizenship, to the rights of the national community and to autonomy. ”

“The position of 200 of thousands of ethnic Hungarians living in Ukraine makes this issue particularly acute. The Hungarian community there should receive dual citizenship, all the rights of a national community, and also it should receive the possibility of self-government. These are our clear expectations from the new Ukraine, ”Orban explained.

The Prime Minister also said that ethnic Hungarians support his policy of uniting the nation “across borders”, "Moscow Komsomol".

It should be noted that Mr. Orban chose the most convenient time for his statement. Ukraine is in deep crisis. In fact, there is a civil war. There are few people who trust temporary workers in Kiev within the country. Crimea went to Russia. Lugansk and Donetsk regions held referendums and are trying to become independent states. It’s time for Hungary to help its national kin in Transcarpathia. And there it is not far to redrawing the borders: it will only be necessary to hold an appropriate referendum in the new autonomy.

Mr. Orban definitely decided to write his name on the table of "Great Hungary". AND история gives him cards in hand. Maps ...