16 May 2014
67
One of the problematic industries related to the strategically important basis for the development of the state remains agriculture. The heap of problems that Russia's agricultural sector has managed to acquire does not yet allow the country to reach potential food security levels and export levels of high-quality food products. The root of the problem is the difficulties in the demographic situation in the countryside, in providing the population with jobs, in the investment policy of both the state and private structures.

According to estimates by state statistical agencies, over the past 13-14 years, the rural population of Russia has decreased by 3 million people (from 40 to 37 million). This information was voiced by President Vladimir Putin at a meeting of the State Council. Government reports are far from rosy, although many independent experts are confident that they, too, say, are very powdered. In fact, the decline in the number of rural residents in the Russian Federation for the specified period of time still exceeds 10% of the original composition. Many villagers are sometimes simply forced to abandon their farm operations and move to the city for a number of reasons: the lack of a full-fledged village’s gas supply (the gasification process often proceeds with great creak), the lack of income satisfying the family’s needs, poor development (or complete lack of) roads to telephone).

To stop the process of migration from the villages to the cities, to ensure the full development of the Russian village, government programs seem to be running: subsidizing loans for private farms, issuing “lifting” grants to beginners, compensatory work on registration of land ownership documentation. However, programs do not always lead to positive results for the development of the agricultural industry. On paper, they bring, but in reality ... 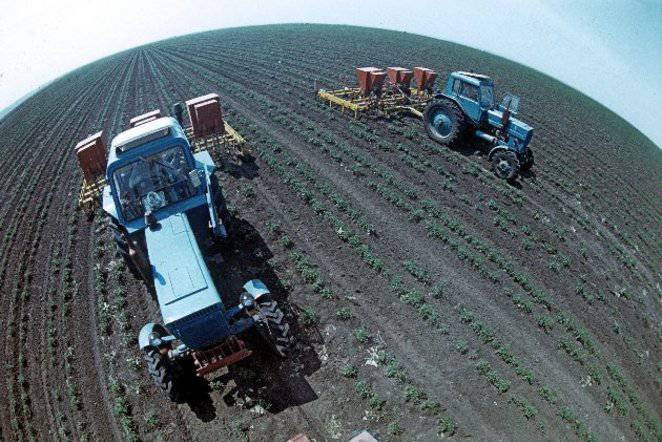 The main reasons for excluding lands from the list of agricultural ones again seem to look quite good on paper: from increasing the area of ​​nature reserves to converting lands to a special category for laying pipelines for various purposes. It is practically impossible to carry out full monitoring of whether the “expanding” reserves and gas pipelines, which grow by kilometers, take away millions of hectares from agriculture, and whether land suddenly departs from the strategic fund for elite cottage settlements.

Reducing the area of ​​agricultural land, which is capable of bringing huge amounts of high-quality food products in Russia, looks more than strange against the background of how in a number of agricultural producing countries there is literally a struggle for every hectare of land with the aim of expanding its production former level. As one of such examples, we can consider China, where almost 20% of arable land today is polluted with toxic industrial wastes, in which heavy metals occupy a considerable percentage. The report of the Ministry of Environmental Protection of China, which was voiced by the Xinhua news agency at the end of last year, increased by about 50% the pollution of the fertile lands of the coastal provinces of the Middle Kingdom Cadmium from 1990. However, Chinese farmers are not eager to abandon agricultural production, even in contaminated land. One can imagine the quality of the products that the neighboring country grows on lands with an exorbitant content of heavy metals. And due to the more than widespread prevalence of Chinese agricultural products in the world, one can hardly be sure that such products are not on the shelves of the average Russian store “around the corner”.

In other words, the Chinese comrades identified their problem, but did not at all say no to growing agricultural products on lands of more than dubious quality. In our country, in this regard, the situation looks altogether paradoxical: we ourselves, with our own hands, take the fertile lands of excellent quality from the agricultural fund, declaring that there are enough land left in the fund “with head”, and then we suddenly think about why profit growth from s / x in Russia can not be achieved. With such an approach, forgive the hackneyed term, to the people's good, you can hope for as much as you want to subsidize agriculture and expect to increase its efficiency, but in the end there is a considerable risk of simply squandering farmland, with only one form of which the foreign "partners" are salivating.
When representatives of the regional delegation from Germany arrived in one of the districts of the Voronezh region and in one of the conversations they learned that instead of developing agrarian enterprises in the heart of fertile chernozems, they were going to open up nickel mining, they looked at each other, expressing bewilderment. To put it mildly, local residents express bewilderment about this, knowing full well that even in Soviet times, a ban was imposed on nickel mines on Khopra due to the threat to the eco-complex and the development of the agricultural sector in the region that feeds millions of Russians on bread. 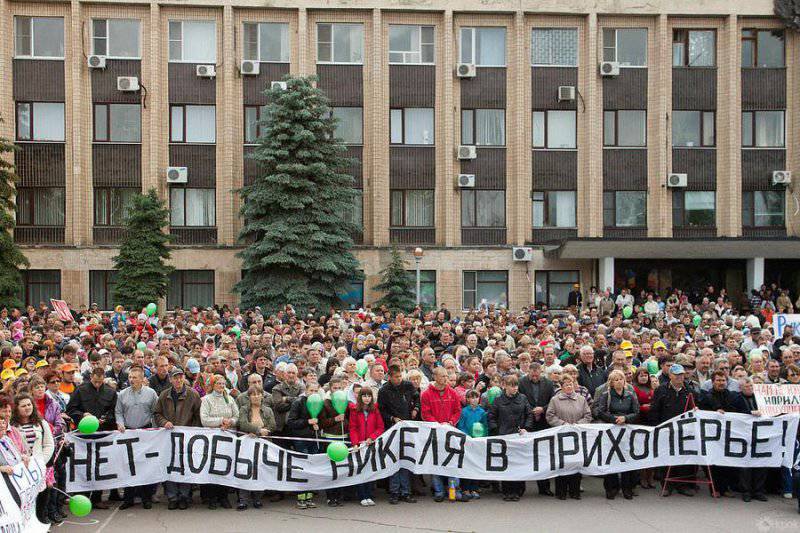 However, more recently, Voronezh residents have a hope that nickel developments in fertile lands and lands of the local reserve will still freeze. People’s aspirations reached the Kremlin, and presidential adviser Sergei Glazyev stated in his letter:

Mass protests and justified demands of the population on the observance of their environmental rights and the preservation of the vital structure of these territories should be a decisive factor for stopping work in Prikhopyere.

Sergei Glazyev recalled that Russia is implementing a strategy for food security, which means it is criminal to eliminate truly powerful agricultural potentials.

It would be desirable to hope that in this and in other cases, support for the agricultural sector of the country, which is one of the foundations of Russia's security and commodity independence, will also be rendered in practice.