17 2010 June
16
At the international arms salon Eurosatory-2010, which opened yesterday in the French capital, many interesting new products are presented. But the sensational one is Russian.

Even the top leaders of the state are severely criticizing the national defense industry today. It seems that nothing good can be born in its depths. And at the Eurosatory-2010 showroom, no surprises were expected from our delegation. And Rosoboronexport took and showed that our defense-industrial complex is still capable of military-technical miracles.

The Zenit Special Design Bureau from Zelenograd near Moscow demonstrates the work of the active protection system for helicopters against modern anti-aircraft anti-aircraft missile systems (MANPADS), including those from the Stingers. Russian designers managed to do something that was beyond the power of anyone in the world.

Over the problem of repelling the impacts of missiles, induced by the thermal radiation of engines, they have been fighting since the infrared homing heads appeared. The first solution was the simplest, but effective. Missiles fired from MANPADS began to be deceived by thermal noise. For a while, the snag worked. Today, all combat aircraft and helicopters are equipped with special devices that fire up brightly burning traps in case of a missile strike danger. Such a salute looks beautiful during air shows and parades. Here are just an aircraft from the defeat of the American "Stinger" and especially our "Needle" heat traps do not save. Missiles smarter. The latest generation MANPADS control system instantly selects all the celestial lights and guides the rocket in pursuit of a moving target — an airplane or a helicopter.

In the middle of the 1990-ies, the Americans publicly stated that they had created a comprehensive system for protecting aircraft against rockets with a thermal homing head. The system seems to include radar, scanning the airspace, laser systems, classic heat traps and light suppression devices. They called it the mysterious name "Nemesis". And as if such an impenetrable defense is on the presidential plane. It is quite possible, "Nemesis" really exists, but ... Most likely, in a single copy and only on "board N 1". In any case, over the past fifteen years, no one in the world market has seen the installation with a mythical name.

But Russia shows the system of protection against MANPADS to the whole world. The complex was created by specialists of Samara, Moscow and Zelenograd. The basis of it is a unique station of optical-electronic suppression, developed under the guidance of Doctor of Technical Sciences, Professor Alexander Ivanovich Kobzar. 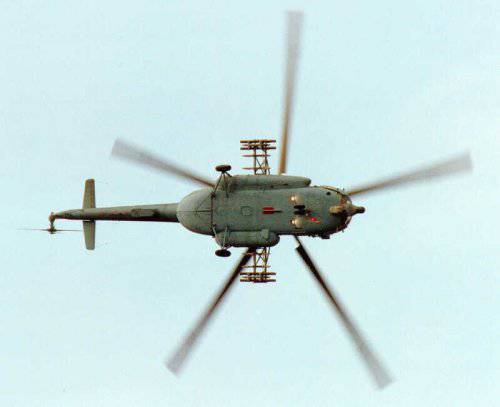 The protection complex was once and for some reason named for market promotion: "President-S". Under this "modest" name and demonstrated in the overall exposure of "Rosoboronexport." The heart of the complex, as has been said, is an opto-electronic suppression station. This is a metal ball with a diameter of about half a meter. The whole secret is in the filling of the ball and in the completely unique mathematical algorithms that underlie the program control of the system. Mathematics is developed by experts of Samara and Zelenograd - this is Russian know-how.

On the big screen you can see how the complex works. On a slide on a special tower, a target is fixed - the Mi-8 helicopter, whose engines go out to almost maximum power. Three balls are fastened under the hull of the helicopter fuselage and on the tail boom. The operator with the rocket "Needle" on the shoulder chooses the most advantageous position for shooting - behind and behind the helicopter. The firing range for the helicopter is minimal - 1000 meters. The brightly lit nozzles of the engines of a rotary-wing machine are clearly visible in the "Needles" sight. Start!

The rocket rushes to the helicopter almost in a straight line. And suddenly a real fire whistle dance forms around the rotor-wing machine. It is impossible to convey in words. Where the helicopter was just clearly visible and the main thing for a rocket, the thermal spot of its engines, a brightest cloud appears in which a myriad of some lights shimmer, mini-lightnings slip and, flashing, curl something resembling Avatar special effects . The rocket, as if frightened by what he saw, abruptly moves away from the intended and absolutely correct course, somewhere in the direction of self-destruction. 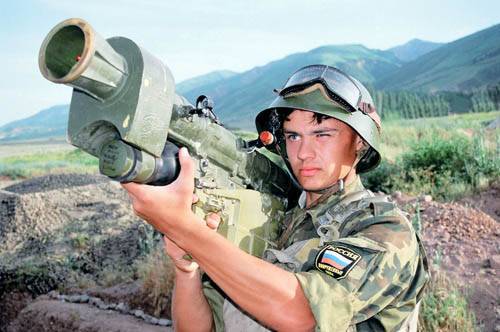 In the USSR, comparative tests of the Stingers captured in Afghanistan and the Eagle developed in Kolomna were specially conducted. Our MANPADS showed better performance than the American. And if the “Needle” is past the target, then protection from the “Stinger” is guaranteed.

This is what Alexander Z. Kobzar, general director of Zenit, told the correspondent:

- The work of our complex is based on a highly targeted and specially modulated radiation of a specially designed sapphire lamp. A phantom image of a target arises in the rocket control system, which its electronic “brain” perceives as its main goal. A kind of extraordinary virtual reality appears that persistently attracts itself. The rocket rushes into the empty space, where it is self-liquidating at the estimated time. And the fiery cloud around the helicopter is the optical effect of the work of a very powerful sapphire lamp. It would seem that everything is very simple, but no one has yet decided this "simplest" task, and we have not embodied it in metal.