Prosecutor General’s Office of Ukraine: no crimes against civilians were recorded 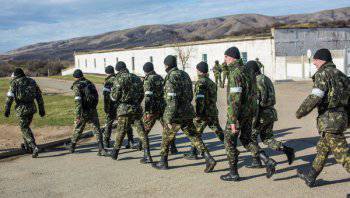 According to RIA "News", with reference to Ukrainian 5 Channel, Dmitry Viznyuk, head of the main law enforcement supervision in the military sphere of the General Prosecutor’s Office of Ukraine, stated that the agency’s officers did not register any crimes against civilians by the Ukrainian armed forces, the National Guard and the border guards during the operation in the south-east of the country.


“Not a single crime has been recorded against the civilian population,” said Vizniuk.

Recall that a special operation against supporters of federalization with the participation of heavy armored vehicles, combat aviation and artillery runs from mid-April.

Ctrl Enter
Noticed oshЫbku Highlight text and press. Ctrl + Enter
We are
Reports from the militia of New Russia for 1 September 2014 of the year
Military Reviewin Yandex News
Military Reviewin Google News
61 comment
Information
Dear reader, to leave comments on the publication, you must sign in.