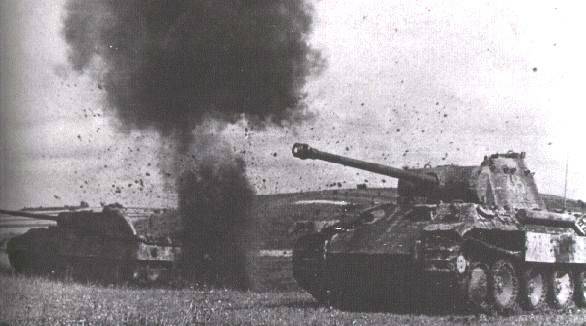 At the Wehrmacht in response to the new Soviet Tanks T-34 and KV appeared their "miracle tanks" - "Tigers" and "Panthers". A rare Soviet-Russian film, the series "about the war" does without them, or rather, tanks depicting them.


Although their development in the Third Reich began even before World War II, the Germans had been developing a heavy tank with an 75-mm gun, with an initial speed of 650 m / s from the middle of the 30-s. This tank was needed by the Wehrmacht to fight the French heavy tanks 2C, B1bis, medium tanks D-1 and D-2. During the French campaign, the Wehrmacht collided with the British tank Mk.II "Matilda".

In addition, the tank had to fight with ground targets, long-term firing points, which is why the caliber of the Tiger cannon was increased to 88 mm. The beginning of the war with the USSR made the need for new tanks even more acute. Firms Henschel and Porsche prepared their samples for the spring of 1942, after testing they were shown to Hitler on their birthday, April 20, they adopted the Henschel tank. By August 18 released the first 4 serial "Tiger". PzKpfw VI “Tigr” (Panzerkampfwagen VI “Tiger I” Ausf E, we called it T-6 or T-VI) from the very beginning was considered a tank of high-quality reinforcement of infantry and tank units. Therefore, his main tactical unit was a battalion of two or three companies, which had support services, an air defense unit, but without its own infantry, artillery and reconnaissance. In May, the first battalions of the T-1942 — 6 and 501 — began to be built by the 502, except for the T-6, which they were armed with and the T-3 to support the Tigers, to suppress less significant targets.

In a battalion of three companies, there were T-45 units in the 6 state. In 1943, one company of T-6s each received German elite divisions: the Great Germany motorized division, the Adolf Hitler, SS divisions, the Reich and the Dead Head. 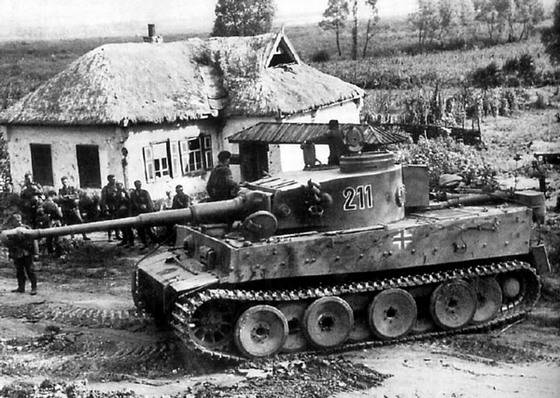 First fight: The first battleships of the 502 Battalion entered the battle, they were brought to Leningrad in August, but they walked slowly from the factory, at the beginning they brought the entire 4 units - 29 August 1942 of the year. They tried to send them on the move into battle — the Red Army conducted the Sinyavino offensive operation, but the damage immediately began, three of the 4 tanks broke down during the transition. It took about a month to troubleshoot, and the 21 Infantry Division of the 170 Army of Manstein added them to the 11 of September. And 22, they took part in the offensive against the positions of the surrounded 2 units of the Soviet shock army. The Soviet units, with their stubborn resistance, forged the army of Manstein, designed to strike at Leningrad, it was necessary to free them for the main task as soon as possible.

The first battle for the "Tigers" was unsuccessful - one was hit (due to a projectile hit the engine failed), three other cars were able to reach the Soviet positions damaged, eventually got bogged down in the furnace area and stopped. Then the Germans were able to evacuate three tanks, in the fourth they removed the equipment and blew up (at the end of November 1942 of the year). They shot up a tank with the 122-mm A-19 corps cannon model 1931 of the year. This time the Germans managed to keep their tank secret.

The next combat use of the tank will be only in January 1943: January 12 The Tigers, supporting the defense of the 96 Infantry Division, hit several T-34s, but on January 17 happiness smiled at the Red Army, captured an intact Tiger, the crew did not even destroyed the equipment. The Germans near Leningrad lost several more “Tigers”, quite routinely, without much effort by the Red Army, the tanks got stuck in the marshland, broke down and the crew left them, exploding; others shot down anti-tank guns, T-34.

In addition, T-6 cost 4 times as much as T-4; The upgraded T-4 was often mistaken for the Tiger, increasing its popularity, especially given the small number of Tigers. 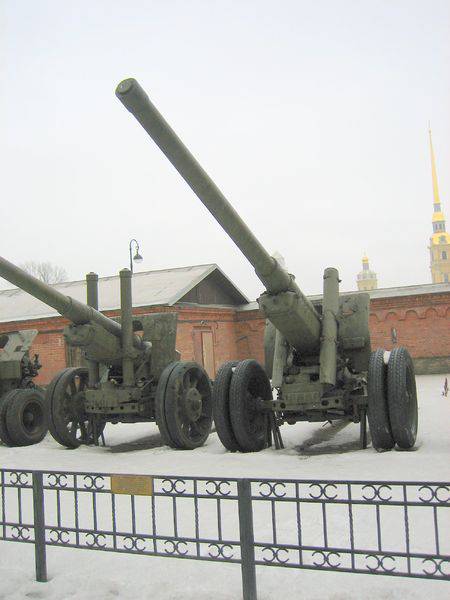 "Tigers" in the Battle of Kursk

Only T-6 were in the “tiger” battalion of the Kursk battle, they refused from a mixed configuration, about 134 units took part in the battle. Often they led the shock units from other tanks, they were a strong opponent for Soviet artillery and tanks. The main losses in the Kursk offensive "Tigers" suffered because of explosions in mines, so 6 on July 4th the commander of the 503 heavy tank battalion reported the loss of 13 tanks in one company (from 14). Nine units were blown up by mines and demanded 1-3 days to recover. The reason for the defeat in other companies was about the same - there were few irretrievable losses, most of the destroyed tanks could be repaired.

The Miracle Tanks could not be the decisive trump card in this battle, although it cannot be said that the German offensive completely failed. The Germans penetrated deeply into the orders of the defending Soviet fronts, but the usual role was played by the usual means of the Wehrmacht: artillery, aviation, other armored vehicles. Only thanks to the powerful reserve armies did the Soviet command turn the tide of the battle in their favor.

Following the results of the combat use of the Tigers in Operation Citadel, the commander of the 3 tank corps, General Breit, issued a July directive to 21. According to it, commanders were credited with using T-6, due to their good security and firepower, against enemy tanks and anti-tank guns and as exceptions against infantry targets. It was attributed to start firing from large distances - over 1000 meters, the tank could hit enemy armored vehicles at a distance of 2000 meters and more. Armored personnel carriers, medium and light tanks, self-propelled guns must go close to the "Tigers", covering them from the flanks, expanding and consolidating success. Covering the "Tigers" from "tank hunters" should have been sappers, infantry. Sappers should explore the area before the attack due to the great danger from enemy mines. In defense, "Tigers" must be used to counterattack in at least a company. It was forbidden to spray tanks.

The serial production of "Panther" continued from January 1943 of the year to April of the 1945 year, by the beginning of the Kursk battle the 51 and 52 tank battalions were created - for 96 of new machines. They were combined into the 10-th tank brigade and attached to the division "Great Germany", it was another tank regiment. Perhaps it was a mistake - such a concentration of tanks, including new T-5 in one division, it was 129 tanks, including 15 "Tigers" and 200 "Panthers". For example, the 503 Tiger Battalion was divided between three divisions of the 3 Corps and the T-6 and received infantry support.

As a result, already in the first battles "Panthers" suffered heavy losses, due to the fact that the number of tanks in the division increased dramatically, and the infantry, artillery, and sappers no longer became. The most significant percentage of losses was caused by mines, so 10 T-131 was damaged on July 5, of them with suspension damage (due to mine explosions) - 70; 12 July from 116 tanks - 38. But they were positively evaluated by both the German command and ours, the T-5, became the main anti-tank weapon of the 48 tank corps, in this battle having destroyed up to 50% of all Soviet tanks that the entire corps had destroyed.

In further battles, the Panthers showed themselves well, the crews were pleased with them, respected the enemy. Thus, the Adolf Hitler battalion of the Leibstandard SS tank division armed with the T-5 battalion fought in the Berdichev area in November 1943. Without maintenance for 6 days of battles, he passed 210 km, destroying 40 Red Army tanks and losing seven, they were shot down in the side and stern.

But T-5, like KV and T-34 at the beginning of the war, became hostages of the Wehrmacht defeat period in the 1943-1945 years. The Germans often did not have the opportunity to evacuate damaged or left due to breakdown tanks, which could be restored and re-commissioned.

German industry could not give them enough army - on 31 in May 1944 of the year (before the summer campaign ”) of the 15-Tank Divisions who fought on the Eastern Front, only six had battalions with T-5. 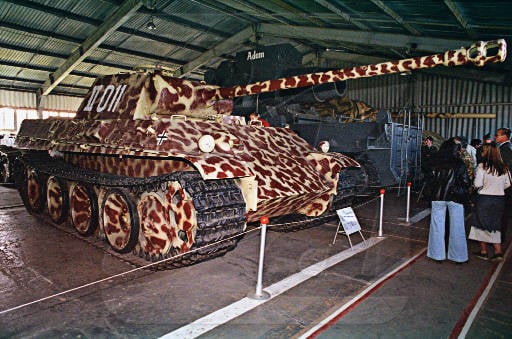 German tank T-VG Panther in the museum of weapons in Kubinka.

What could the Red Army oppose to the German “wonder tanks”?

No need to think that the Red Army simply “crushed” new Wehrmacht tanks with its mass, or besides mines there were no other methods against them. When inspecting the X-NUMX tank T-31 on the fields of the Kursk Bulge, the commission of the Red Army's Main Armored Directorate found the following causes for the destruction of the vehicles: The 5 tank was destroyed by an 1 kg bomb, three were blown up on mines and land mines, four were broken and thrown by crews, 100 tanks were knocked out artillery. On 22 tanks, 22 hits were counted: 58 hit the front of the hull — all ricocheted; shells into the 10 turret — all pierced through the armor; all the tanks broke through the 16 sides. It turned out that the 24-mm, 45-mm, 76-mm armor-piercing shells hit the turret. The upper front hull sheet held all types of armor-piercing shells. The forehead of the turret and the mask of the cannon pierced 85-mm armor-piercing and 85-mm snapping shells.

The fact that the Wehrmacht lost most of their armored vehicles due to enemy artillery is confirmed by the Germans themselves. In addition, T-5 and T-6 have not actually been weapons front breakthrough, the strategic initiative of the Wehrmacht lost. Tanks had to throw in counterattacks to try to "shut up" the front, restore it.

Tanks were not the main weapon against other tanks, it was the task of artillery. The task of the tank units was the development of a breakthrough, not a counter tank battle. For example, in 1941, the Wehrmacht’s tank divisions tried to put up an anti-tank barrier against the enemy’s tank units and move on, and the Red Army’s tank corps and mechanized corps of the 1943-1945 also arrived. The defender, on the contrary, tried to impose a tank battle in order to hold down the main forces of the enemy, to prevent the breakthrough of large enemy forces to the rear. Therefore, defending, the tank units of the Red Army in 1941-1942 tried to impose a tank battle with the help of KV and T-34, as well as the Wehrmacht in 1943-1945 - tried to stop the front breakthrough with their new T-5, T-6 tanks. 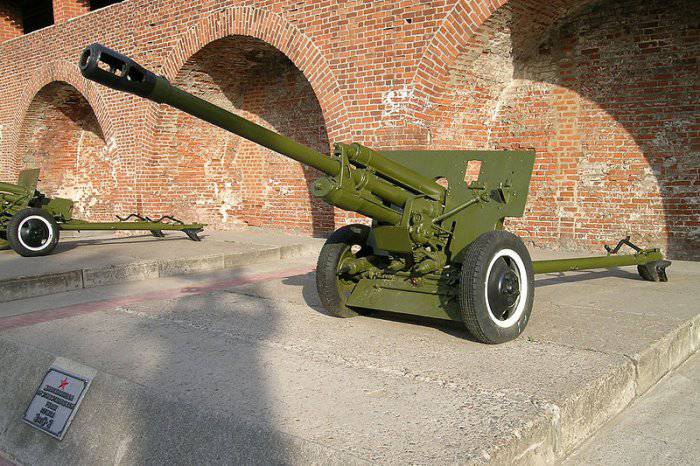 “Miracle Tanks” was not from the Soviet or the German side, this is just a myth of cinema and a number of authors of patriotic or liberal persuasions. And against the KV, the T-34 of the Wehrmacht were methods of struggle, and the "Tigers" and the "Panthers" did not pull on the role of "miracle weapons", which will turn the tide of war. There were anti-aircraft guns, corps guns, aircraft, mines, it was possible to beat them into the boards of anti-tank artillery - the armies of industrialized countries had a wide range to fight "miracle tanks". In addition, their number was relatively small, and it was possible to “grind” them without any particular overvoltage. When new tanks became more, more powerful anti-tank guns were already created, methods of fighting new tanks were worked out. Tanks were just one of the tools of war, you cannot demand a radical change at the front. These were good cars, with their "childhood diseases", in the end, the thirty-four became the best tank of the Second World War, and the Panther was the best tank of the Wehrmacht. Opponents were worthy of each other, as were their weapons. But the Soviet people were stronger, their system was superior to the Nazi, their weapons were the best, so they won. 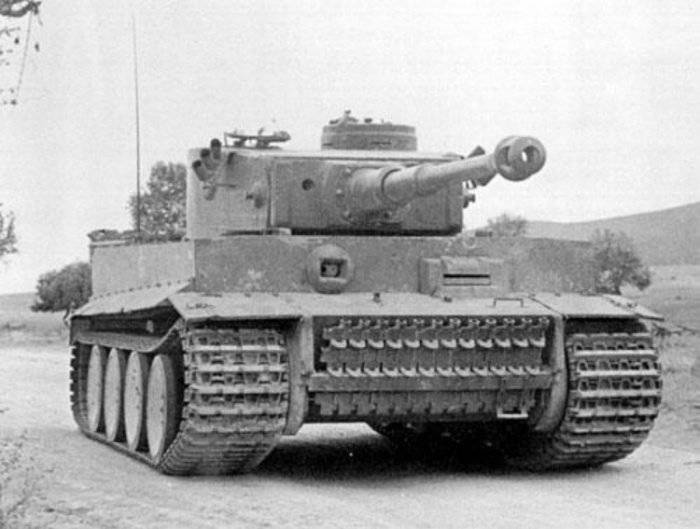