Will Russia be able to withstand the US military machine? ("lainformacion.com", Spain) 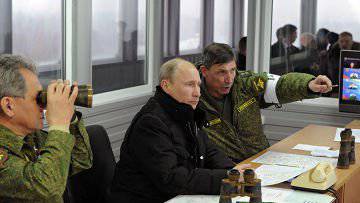 Is there a real danger of a military confrontation between Russia and the United States? In the event of armed conflict, which forces will oppose each other? These and other questions of the Spanish edition of Lainformacion were answered by Major General Jesus Argumosa Pyla, Deputy Director of the Center for Military Strategic Studies Athena Group. The Spanish general tried to explain a possible scenario for the development of a large-scale military conflict in connection with the crisis in Ukraine.


At present, the Russian army is undergoing a process of modernization and rearmament, so it is now quite difficult to say what parameters the armed forces will take upon completion of the military reform. The complexes of Topol-M intercontinental missiles at a military parade in Moscow showed the current level of equipment of the Russian army.

Thus, Moscow has once again demonstrated to the West that Russia is a powerful nuclear power. At the same time, according to American military experts, the level of development of the latest technological developments of conventional weapons in Russia lags significantly behind the United States.

Undoubtedly, Topol-M is a revolutionary missile, but it may have problems when they want to intercept it. The Topol-M with insufficient combat capabilities and more than a modest deployment scale cannot in any way become a symmetrical response to a promising multi-US missile defense system, the Spanish general believes.

According to the International Institute for Strategic Studies (IISS), Russia allocated 2013 a billion dollars to 68,2 in the year 600, while US military spending exceeded XNUMX billions of dollars.

Obviously, the level of military spending of the two countries is incomparable. The United States, as the leading world economic power, can afford defense spending that Russia does not have to “afford”.

To date, there is no doubt that the United States from a geostrategic point of view has armed forces that are superior to the Russian army. First of all, it concerns the possibility of fast moving mobile units over a distance of more than 4 thousands of kilometers. Russia can carry out a similar operation of only a limited military contingent, while the United States has virtually unlimited possibilities, Argumosa believes. 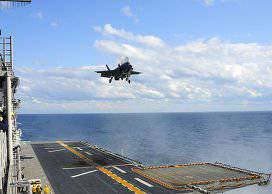 The United States in the near future intends to adopt the latest development of American aircraft designers, the fifth-generation fighter F-35 Joint Strike Fighter (as in the article - ed.), Which by its flight characteristics significantly exceeds the Russian aircraft in service.

To date, the following balance of forces and means in the armed forces of the United States and Russia:

The number of military personnel in the US is 1 million 492 thousand, in Russia - 845 thousand.

Strategic aircraft aviationcapable of carrying on board a nuclear weapon: USA - 154, Russia - 141.

From the point of view of training, training, the latest technology, efficiency and ability to respond quickly to the emergence of military threats - superiority, of course, is on the American side. At the same time, the Russian military surpass the Americans in readiness for self-sacrifice and the ability to bravely endure military service.

According to the Spanish general, it is now safe to say that nuclear parity has developed between the United States and Russia, so it’s almost impossible to imagine a military conflict between these two states in its pure form. If we take the ratio of the nuclear forces of the so-called "triad" - intercontinental ballistic missiles (ICBM), submarine ballistic missiles (SLBMs) ​​and strategic aviation (heavy bombers) - then it is about the same.

Western countries are concerned about the disposal of Russian nuclear submarines decommissioned with nuclear fuel on board.

The high probability of accidents at such facilities, withdrawn from service, has become the scale of an international threat. For example, in Vladivostok there are dozens of decommissioned nuclear submarines waiting for their turn for recycling.

Thus, it is quite obvious that at present there is no threat of the current confrontation between Russia and the West growing into an armed nuclear conflict. President Vladimir Putin, who has worked in Germany for many years as an officer of the special services, understands this well.

It should be noted that the Russian president has recently gained strength as a world leader, while the West, Obama and Europe are lagging behind, especially after the events in Crimea. The superiority of Russian weapons now lies in the fact that the Kremlin has managed to show the West who is in charge of the house.