Roman Ratner: "We want to divide the parties in the Donbass buffer" 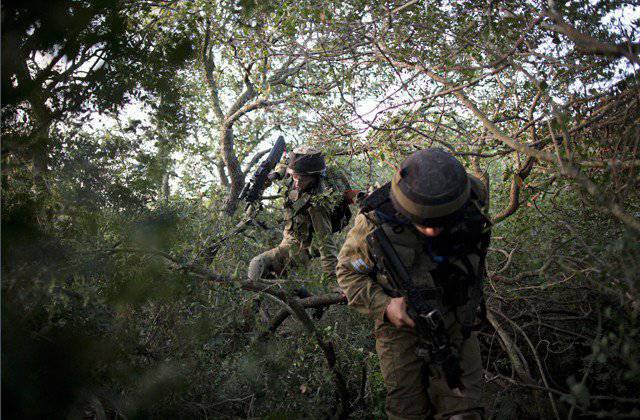 The Israeli battalion "Aliya", formed from the former Soviet security forces, is ready to restore order in the south-east of Ukraine
The commander of the Israeli battalion "Aliya" Roman Ratner said that his military are ready to go to the Donbass to stop the bloodshed there. Aliya is a unit consisting of former Soviet and Russian military personnel. "Russian Planet" decided to find out what motives are driven by these people.

Where are the Soviet officers in Israel

At the start of the 1990s, a million-strong wave of immigrants from the disappeared USSR hit Israel. Among them were thousands of servicemen of the Soviet army that no longer existed - generals and officers of all combat arms and types, special forces and airborne troops.

Thousands of personnel officers who arrived at that time in Israel hoped to find application in their combat experience in the Israeli army. But for all appeals to the IDF recruiting offices, the repatriate officers received a polite, but firm refusal.

There is only one chance to make a military career in Israel - to forget their former ranks and services and to start a service from scratch - from a private soldier, from the “Course of the Young Fighter”, and even if the age and health of the candidate meets the strict criteria of the Israeli army. The IDF does not recognize the military ranks of newcomers, they received in the countries of origin.

This cold reception was not only waiting for former officers of the Soviet army. Earlier in the same way, the IDF refused to call on hundreds of officers from Poland. In the 1950, at the height of the anti-Semitic campaign in Poland, hundreds of Jewish officers in the ranks from general to lieutenant were dismissed, despite their combat experience and merit. They were experienced people who had passed the war in the ranks of the Polish Army before Berlin. Many of them repatriated to Israel, but their plans to continue their military career failed.

Perhaps only one of the Polish officers managed to make a career in Israel - Colonel of the Polish Army Roman Yagel. Colonel Yagel began service in the Soviet border troops. The war for him began 22 June 1941, when his outpost took the first battle at the border, and he ended it in Berlin. After the war, Yagel made a successful career in the Polish army - he became a colonel, commander of an infantry regiment. However, at the height of the anti-Semitic campaign in Poland, he, along with other Jewish officers, was dismissed from the army.

By repatriating to Israel, Yagel tried to achieve a call to the IDF, but to no avail. After long negotiations, he managed to call in the border troops. Not a colonel, but a foreman. Over time, he was promoted to the rank of General of the Israeli border troops.

"Aliya" in Hebrew means "Ascent." In Israel, the process of returning Jews from around the world to their historical homeland. Having called their volunteer formation the “Aliya” battalion, its creators, apparently, wanted to emphasize their patriotism and the intention of the new immigrants to join the IDF as defenders of the newly acquired country. 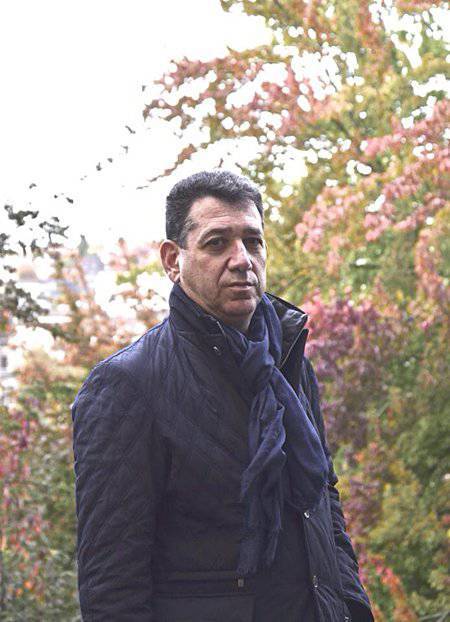 My first acquaintance with the commanders and fighters of the Aliya battalion took place in September 2002. Then I came to a small mansion in the center of Tel Aviv, where there was a kind of battalion headquarters. The stairs and corridors of the mansion were filled with strong guys whose civilian clothes did not hide the army bearing. In their conversations the words were constantly heard - the airborne assault battalion, military intelligence, special forces of the Airborne Forces, special forces of GSVG, special forces of the GRU and KGB ... So these guys, who came to volunteer inscribed in the Aliya battalion, told about their former duty stations.

Then I had a conversation with the leader of the Aliya battalion Roman Ratner and his “right hand” - Sergey Kulikov. In the old Soviet life, Kulikov was a "krapovy beret" - the captain of the special forces of the internal troops who had passed all the hot spots of the USSR.

Time passed, and recent statements by Roman Ratner about the willingness of volunteers from the Aliya battalion to go on a peacekeeping mission to Ukraine caused our new meeting. In an interview with the Russian Planet, Ratner talks about his plans to send Israeli volunteers to Ukraine.

- What was the starting point for the creation of the battalion "Aliya"?

- The idea of ​​creating a military unit in the IDF from among the former soldiers of the Soviet army living in Israel arose after the terrorist attack in Dolfi, when in the evening of June 1, a Palestinian suicide bomber exploded at a children's disco in the Dolfi club in Tel Aviv. More than twenty boys and girls aged 2001 — 12 have become victims of the killer, dozens of children have been injured. Most of the killed and wounded children were from families of repatriates from the former USSR.

We were most impressed with the terrorist attacks in Dolphi - the Palestinians killed our children, and we - in the recent past, cadre officers of the Soviet army who have vast combat experience gained in Afghanistan, Chechnya, in numerous military conflicts on the territory of the former USSR - could not protect your children. But according to the criteria of the IDF, we were not subject to military recruitment. Immediately, an initiative group emerged that decided, by all means, to break through the question of our service in the ranks of the Israeli army.

- What did you do to implement your plans for invoking the former Soviet soldiers of the Soviet Army in the IDF?

- We started with collective appeals to the Ministry of Defense and the Ministry of Police. We were first met by the then police minister Uzi Landau. He supported us, and we gave him lists of volunteers. Then we met with the then Secretary of Defense F. Ben Eliezer. He also reacted positively to our proposal and gave the command to prepare for recruiting our volunteers to the army.

- The call to the army of a large group of new immigrants who had not previously met the criteria of the IDF, certainly did not go very smoothly?

“We handed over the lists of volunteers, and the police and military counterintelligence began to check them.” There were a total of 450 people on the lists. In the first set called 100 people, including me. We have passed an army refresher course on a special program.

- As far as I know, a group of six snipers was formed from volunteers from the Aliya battalion, who had a lot of sniper experience as part of the special forces of the Soviet army and the Interior Ministry. How was the adaptation of Soviet snipers in the ranks of the IDF?

- A separate anti-sniper unit, Carmel Yarok, was created in August 2003. Among the tasks assigned to us was the fight against enemy snipers, which seriously plagued our troops. The unit consisted of six people, including me. 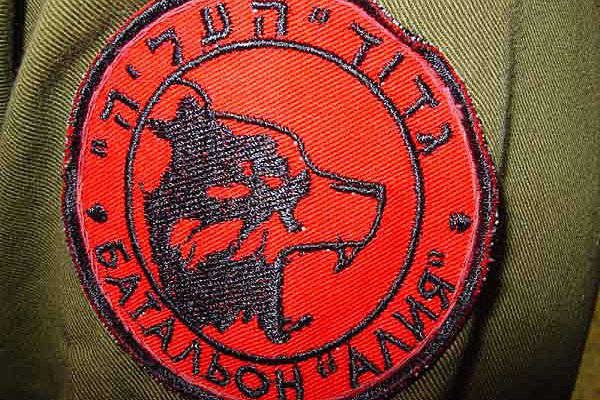 All our snipers were still with the Soviet special training and combat sniper experience. Because we did not need a long preparatory course, just mastered the new types weapons and special equipment. We confirmed the qualifications of snipers in the sniper school of the IDF and received the appropriate certificate.

The decision to create a unit of snipers was taken in the general staff at the request of the Gaza division commander, General Gadi Shamni. We are directly subordinate to the headquarters of the division. He supervised us and was responsible for interaction with other divisional divisions of a specially assigned officer. I was appointed as commander of our sniper group.

- And what are the results of the work of your anti-sniper units in Gaza?

- We worked in Gaza in 2003 — 2004. And quite effectively - in our account dozens of successfully conducted sniper ambushes. I think that the liquidated Palestinian terrorists were also quite a few. I was wounded in the battle of Khan Yunis.

- Was your sniper experience in further service useful?

- Yes. When the Lebanese war began in July 2006, our sniper unit in the Israeli forces entered Lebanon. As part of my reserve service, until the end of 2007, I was an instructor in a sniper school.

- In what other areas were the people of the Aliya battalion busy?

- Many of our fighters served as police volunteers in their places of residence. They were engaged in the maintenance of public order, helped the police in the fight against criminality and in the prevention of terrorist attacks.

A notable aspect of our work was the participation of our fighters in the protection of Jewish settlements in Judea and in Samaria - where the problem of Palestinian terror is most acute. Our units guarded the Jewish settlements of Homesh, Megron, and Eli.

- It was the protection of the settlements that caused sharp criticism in your address. Ultimately, you had to abandon this mission.

- The settlements were closed for us - they didn’t want us to get weapons in the settlements, and there is nothing to do to the unarmed in the local conditions. Some people really wanted to get rid of our presence in Judea and Samaria on the eve of the disengagement. As is known, the eviction of residents from the Jewish settlement of Homesh, carried out by decision of the Sharon government, was accompanied by clashes between the army and the police with the settlers. There were people who feared that during the confrontation we would be on the side of the settlers.

I think that there are a lot of people who didn’t like the idea of ​​the battalion from the very beginning, there are people who tried to make a political career for themselves through the Aliya battalion and failed to do so. This is the cause of many attacks on us.

- Let's go back to your recent initiative to send fighters to the south-east of Ukraine. Many believe that this will be the support of the forces opposing the Kiev authorities?

- We are not going to fight on any side. We want to divide the sides with a buffer so that the sides stop fighting. We have a lot of volunteers ready to go there today. These are adults serious and responsible people aged 35-45 years, with extensive combat experience.

To avoid further speculations about the intentions of a group of volunteers from the Aliya battalion to take part in the peacekeeping mission in Ukraine, I consider it necessary to state:

1. A group of volunteers from the Aliya battalion expressed its readiness to join the peacekeeping corps to prevent a civil war in Ukraine, if such a corps would be formed legally.

2. None of the volunteers of the Aliya battalion is currently involved in an armed conflict in Ukraine.

3. Our intention to go on a peacekeeping mission is a purely private initiative, in no way coordinated with the Israeli authorities.

The plans of Roman Ratner and his comrades in sending volunteers to the south-east of Ukraine are perceived ambiguously by Russian-speaking Israelis. The prevailing point of view is that this is not our war and the Israelis should not get involved in the flare-up Russian-Ukrainian conflict.

Ctrl Enter
Noticed oshЫbku Highlight text and press. Ctrl + Enter
We are
If not for the generals ... Shameful history of the Ukrainian armyWho defends Ukraine as part of the terrorist defense battalions (Channel 112 Ukraine)
Military Reviewin Yandex News
Military Reviewin Google News
126 comments
Information
Dear reader, to leave comments on the publication, you must sign in.