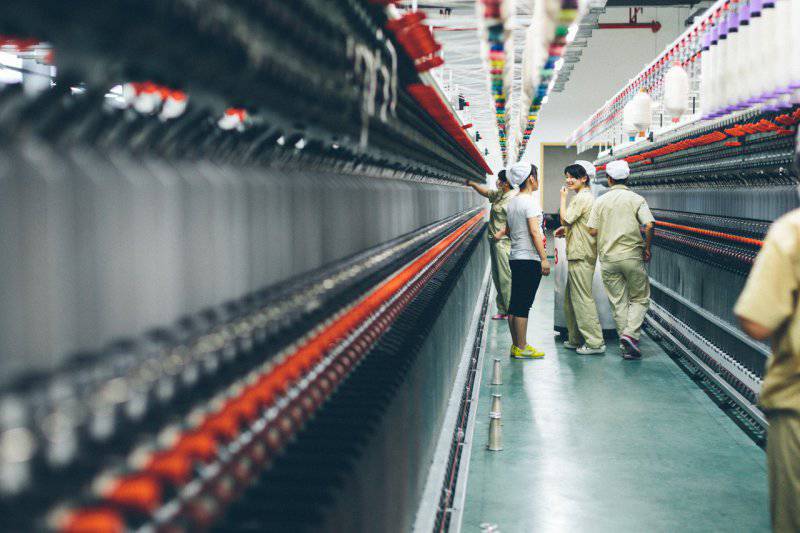 Western corporations are changing the way they work in the international market, and return production to "home". In particular, such trends are manifested in trade and economic relations between the United States and China: American companies are gradually phasing out production in the Middle Kingdom, and are reorienting to the American labor market. Beijing, meanwhile, is trying to patronize national corporations, and creates artificial barriers for foreigners.

After the death of Mao Zedong in 1976, the leadership of mainland China began to implement a policy of integrating the country into the world economy. This led to unprecedented success: the Celestial Empire developed at a staggering pace, rapidly escaping from the category of third world countries, and reached almost the same heights as the most powerful states. The fact is that cheap labor from China has become available to foreign investors: they transferred their factories and plants from the USA and Europe to the Celestial, turning it into a new workshop in the world.

The relocation of the production center from the West to the East radically changed the entire system of international economic relations. In China, labor-intensive and environmentally friendly enterprises were concentrated, since Beijing practically did not require companies to adhere to some environmental and occupational safety standards. In the West, there are, for the most part, managers - various “effective managers”, as well as financiers. In their hands were all the proceeds from the sale of goods manufactured in China.

However, despite the fact that most of the revenues did not "settle" in the Middle Kingdom, Beijing gained substantial benefits from the inflow of foreign capital. We are talking about modern technologies: Chinese specialists surprisingly quickly mastered the secrets of production in several sectors of the national economy at once. Of course, not without mistakes, over time, China has established the release of its own goods of various types, ranging from internal combustion engines and ending with portable electronic devices.

Also, the PRC at the expense of foreigners managed to feed its population and provide it with work. This contributed to the stabilization of the country: the hungry and unemployed masses are dangerous for any government. In turn, the West, thanks to China, overcame the effects of the economic crisis of the 70s.

Over the next several decades, the rapid growth of the global economy was ensured by the fact that India and the countries of Southeast Asia followed the example of the PRC and favored Western corporations in every way. It is interesting that in Great Britain and the United States economic growth is considered to be the merit of Margaret Thatcher and Ronald Reagan, deliberately or unknowingly keeping silent about the importance of hardworking Asians.

Deep crisis in the West

At the end of the “zero” source of growth due to Asia was almost exhausted. In terms of economic development and quality of life, the East has become like the West, and no longer agrees to play the role of a production site: Beijing, like other Asian capitals, wants to be similar to the business centers of the United States and Europe, which control a lot of assets abroad. The cost of China’s workforce has increased along with the consumer needs of the citizens of the republic, and the maintenance of production capacity in China for Western companies becomes unprofitable.

Modern economic trends in Asian countries are comparable to those processes that occurred in Europe, the United States and the USSR in the second half of the 20 century, when national economies stabilized and a full life came, known in the Soviet Union as the "era of stagnation." It should be expected that China will also have its “stagnation”: it is almost at the peak of production capacity, and it can no longer, and does not want to maintain the record rates of development of the national economy.

For the United States, this situation is unprofitable. The Celestial Empire loses productivity and is no longer guided by quality, but by trying to produce less, but better. Chinese workers have become “too smart,” and they demand that employers respect their rights, as well as raise wages in accordance with the new standards of living. In such conditions, the growth of the business of Western corporations is slowing down, and they can no longer rely on their strength — all in Asia for a long time. This partly explains the last protracted economic crisis, the ghost of which still haunts European economists.

Against this background, America is trying to revive the industry - the pillar of a stable national economy. After the transfer of production to Asian countries in the USA, the population of entire cities dependent on the welfare of local enterprises remained without work. The “rusty belt” of the United States - depressed de-industrialized townships - runs across the territory of several northern states, and is almost under the nose of Washington.

There are problems with unemployment in America. Modern post-industrial society does not need working hands, there is enough of a small cohort of specialists to carry out operations and maintain infrastructure. However, freed citizens are not always resigned to the fact that they are thrown on the sidelines of life under one pretext or another, and at times pose a serious threat to internal security.

Finally, the United States is preparing for a global confrontation with China, and in recent years has been moving rapidly towards its borders. But how to start the cold war with the Middle Kingdom, if your enemy controls the heart of your national industry - hundreds of factories and plants? It is precisely for this reason that the war between the United States and China now seems impossible, except that Beijing wants to launch a preemptive strike and starts nationalizing American property, or it will in every way impede the activities of foreign companies. True, such actions of the PRC are unprofitable, and the leaders of the Celestial Empire are unlikely to dare to start the conflict first.

In general, China will lose a lot if Western countries begin to withdraw production from Asia. It is difficult to predict what problems the Celestial Empire will face if it loses its foreign-owned factories and plants, but now we can talk about the growth of unemployment and the reduction of economic growth.

What benefits can Russia gain from emerging trends? The rupture of economic ties between China and the United States will play into our hands. As China once acted on the principle of the “wise monkey”, Russia should not interfere in the impending conflict, watching how its participants lose their strength. No need to indulge yourself with the illusion that China urgently needs to be rescued - in the long run it poses a threat to the Russian Far East, and the Kremlin needs to achieve its maximum weakening. In the end, it would be useful for the Russian Federation if the position of Russia prevails in the Moscow-Beijing tandem.

The same applies to the United States: it will take a lot of time and effort to return the factories to the “homeland”. In addition, the United States will be able to implement a more decisive policy towards the PRC, which will tie their hands, and Russia will have a unique opportunity to deal with problems in Eastern Europe and the Middle East.

In general, the looming economic confrontation between the United States and China will for a long time distract both of these states from problems that are not directly related to the conflict. Until the cold war between Beijing and Washington has begun, Russia will have to withstand some pressure; however, after two or three years, the United States will switch to a new victim, and the spring will open up - at the same time Moscow will be able to regain its former influence in conditions when its actions are practically ignored and, moreover, in the hope of finding a powerful ally, they even offer Russia Become a member of an alliance.