"The burden of a white man." A few words about the girls of Nigeria and not only 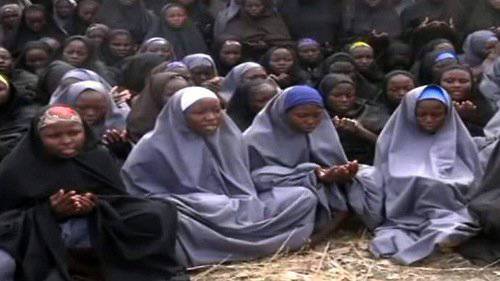 The Nigerian militants from Boko Haram provided the other day to the French international Agency of the Republic of Azerbaijan photographs of girls captured in mid-April. According to Commander Boko Haram, many of them have converted to Islam and do not want to come back. These words, no matter how sad - are not a lie at all. And sadness is not in the "desire" of girls to recognize / accept Islam as a new religion, but in the fact that they did not have and have no choice.

North of Nigeria - conditional "wild field". Unlike the southern parts, where the oil and gas reserves are located, the Europeans hardly mastered the northern part - the power was nominal, and that was, unlike the South (where this process was entrusted to the leaders of key tribes and ethnic groups). ), was built on intertribal differences and, as a result - violence.

The main population of the north is Muslim. A certain percentage are Christians, but it is very small. Contrary to popular opinion, clashes on religious grounds in the country did not begin after zero, “being provoked by the Anglo-Saxon countries,” but long before. But the relative remoteness of the country from the conditional civilization, the lack of a stable connection and the fact that in jurisprudence is called "the absence of public interest" did not cause almost no reaction from the "world community". Meanwhile, they cut each other constantly and thoroughly - both in 80, in 90, and in zero.

Serious - already explored, and not yet - oil reserves and the "quiet" appearance of the Chinese, before that, unlike the south of the continent, almost imperceptible in this part of the region, the interest of the West to the country seriously revived. Where potential investors - there is lave. Very big. There are many applicants for it. Where lave is blood. It is not less than money. Less than it can not be - a direct link.

Money, plus poverty and, as a result, anger and aggression, plus a reliance on religion (in this case, what a surprising coincidence is Islam) in the minds of backward masses is a recipe for ready-made conflict. The interests of serious corporations and the countries behind them are his guarantee.

This is exactly what is happening in the country.

Returning to abduction. Abductions in the country (and on the continent) occur regularly. Moreover, in Nigeria, the abduction of foreigners is almost as frequent as, for example, in the Horn of Africa. Moreover, in the West everyone understands and knows this, and not only keep their MTRs ready (SBS operation at 2012), train the official army or keep their Private Military Companies, but also teach tribes in the north of the country at their own expense. Also Muslim, but less extremist.

How to check what is “less”, what is “more”, is difficult for me to say. Clit girls cut and those and others. Although, here, Egypt is considered more developed, but the unofficial laws are the same there. The Chinese are no exception. Pay everyone. One - for what they give, others, so as not to interfere. And better, focused on the mezhdusoboychik. This is so, by the way, if anyone immediately had patriotic feelings against the background of dislike for the Anglo-Saxons.

Why did I write that girls are doomed anyway? Because even the Christians in that part of the country did not particularly leave Muslims in their development. Abduction of children and their subsequent sale into slavery, or voluntary sale — the economic situation of families is poor, and many children are common there (in the south too, but not to that extent) as well as in times of slave markets. The internal laws are also almost unchanged.

It’s naive to expect the girls to come back unruly. So not only in Africa, but here especially. The chances that families and villages will be able to fully accept them after all the above are small. To put it mildly. Specifically, by experience - the girl is doomed. As in the East, there is only one way for her - in the best (for European thinking) case - a prostitute, an object for ridicule and bullying. At worst (for her - on the contrary) - the father or brothers will deprive her of life. Her happiness - if painless.

I may be mistaken in some way, but experience suggests that if there are exceptions to the rules, then only external ones. For the civilized world. Or for girls from wealthy families who are ready to give a ransom.

Another part of the girls would prefer to stay with the kidnappers. Strange as it may seem, but for them this is a definite way out of the situation. The ability to avoid shame. 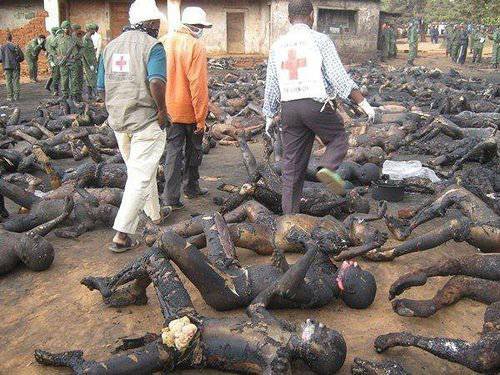 In one of the publications, I came across a rhetorical question - why the West is not doing anything to release them. In fact - taking. And, I have no doubt, in the near future, if they fail to reach an agreement, a force action will be held to free them (its effectiveness is a separate issue). However, the question that was asked, to a greater extent, is moral, not operational. It is exactly from the same plane as the questions - why did not they prevent the genocide in Rwanda or the many years of massacre in the Congo, or the recent slaughter in Sudan. Substantial slaughter - even the northerners did not have so much time during the years of attempts, as the southerners themselves were not at all. Not prevented for two reasons. First, as a kind of revenge for the decolonization mentioned - they say, devour what they dreamed of.

The second - much more cynical and evil - cut each other, does not concern us. To do this, do not need official statements by politicians, it is enough to know the instructions for the UN parts located on the continent. The main thing is non-interference. Exceptions are countries in which serious states have strategic interests. Example - the French in the northwest - Ivory Coast, Mali ..

By the way, "West" - in this case - is a relative concept. So would any other "civilized" country. Accustomed to colonization.

The potential (recent or next) massacre in the conditional Kyrgyzstan (or Kirghizia?) Is hardly an exception to the rule.

And the only exception to the rule that comes to mind is the actions of the Special Forces in Tajikistan in 92-95, with all professionalism - the result of the same strategic interests of the country. But not the morality of its politicians.

On the other hand, if politics were moral, wouldn't it be the other way around? As in the photo above.

Ctrl Enter
Noticed oshЫbku Highlight text and press. Ctrl + Enter
We are
A side child of capitalism. The phenomenon of "Boko Haram"Taliban in Nigerian. As the richest country in Africa comes to civil war
Military Reviewin Yandex News
Military Reviewin Google News
26 comments
Information
Dear reader, to leave comments on the publication, you must sign in.