Terrorists will not kill the desire for life 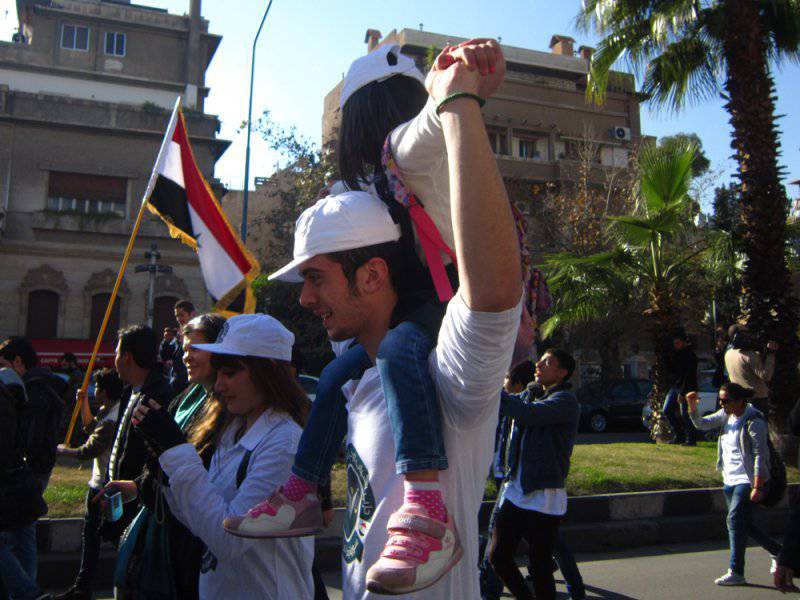 The other day, the head of the Syrian state, Bashar Al-Assad, received a delegation of public and cultural figures, educators from the province of Hama. After listening to guests who spoke about the problems of the province, he stressed that the state will continue to fight terrorism, while supporting the practice of local pacification. The President assured that the leadership of the country will pay great attention to the restoration of everything destroyed by terrorists, as well as the issue of the release of the abducted citizens.

A few days after the meeting, Bashar Al-Asad signed a decree creating a new university in the province of Hama. The new educational institution will include 11 faculties, including: medical, veterinary, pedagogical, agricultural, architectural, economic. This fact suggests that life in the country is gradually improving, despite the most difficult conditions and the activities of the bandits supported by the West and its satellites.

And the latter make themselves felt, with ruthlessness continuing to destroy the civilian population.

13 May in Damascus in the quarter Masaken Al-Arin Jadida exploded mined car, which was a suicide bomber. Killed 4 citizen, there are wounded.

6 people were injured as a result of a mortar bombardment of the Bab Tum quarter in the capital. In the Yarmuk Palestinian refugee camp, gunmen attacked a humanitarian aid distribution center. One person died, another was seriously injured.

In the north of Syria in the city of Aleppo, gangsters fired Saadallah Al-Jaberi Square with mortars. 25 residents suffered.

A few days earlier, a car bomb attack occurred in the province of Hama. At the entrance to the village of Al-Hamra, a suicide bomber in a car detonated an explosive device. Three people died, three more were injured. There were more than a ton of explosives in the car, so the victims could have been much more if the car had not been stopped at the entrance.
Despite the bombings and shelling, the election campaign is in full swing in the country. 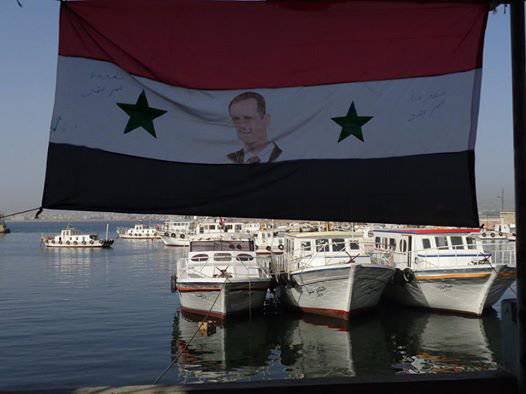 UAR Prime Minister Vail Al Khalki at a weekly meeting of the Council of Ministers said that the government had finished all preparations for the upcoming presidential elections. In various cities, crowded patriotic rallies continue - on May 12, demonstrations took place in Damascus and Latakia, and 13 in Homs and Hama.

In full compliance with the principles of free will of citizens on Syrian television, the floor is given to all presidential candidates. On May 13, patriotic opposition candidate Hassan An-Nouri spoke on television. He condemned those who support and finance the terrorists in Syria, especially Turkey and its ruling Justice and Development Party, stressing that the Syrian people will not forgive this. According to the candidate, “There are no losers in this election, because we are all winners. I will continue to fight with optimism to the end in order to achieve good results and look at the success of the process. ” The oppositionist called on Syrians to participate in the elections in order to "vote for the one they see the need for."

But those who continue to falsely “fight for democracy” are unwilling to see Syria’s constructive opposition. Moreover, these forces are trying to completely disrupt the presidential elections, not to give the Syrians the opportunity to elect their president.

For example, the French authorities have banned the Syrians living in this country from participating in the voting - neither in the territory of the UAR embassy in Paris, nor anywhere else on French soil. Although such a ban is a violation of international laws and world practice, the principles of the very democracy for which the regime of Hollande allegedly stands for, and simply elementary ethical norms. Syrians simply seek to silence.
In this regard, the Syrian diaspora is considering the organization of charter flights to the SAR, so that all who wish can participate in the presidential elections. A protest meeting of the community against such a decision of the French authorities was held in Saint-Michel Square in Paris.

Syrian Foreign Ministry said France is a member of a group of countries supporting terrorists, promoting the shedding of blood of Syrian citizens and leading a propaganda campaign directed against the people of ATS. With such actions against the constitutional law of the Syrians, France revealed its true face and proved that it does not want democracy for the Syrian people.
Unfortunately, Germany joined the actions of France, which is also trying to disrupt the elections in Syria.

In addition, UN Secretary-General Ban Ki-moon announced the resignation of UN Special Envoy for Syria Lakhdar Brahimi from 31 in May of this year. According to the newspaper "New York Times", Brahimi allegedly made such a decision due to the fact that Bashar Al-Assad is participating in the presidential election.

Of course, such a “reason” cannot be called absurd - Bashar Al-Asad, like any other citizen of Syria, has every right to be nominated for the presidency of his country, and this is beyond doubt.

One can only assume that the true reason for the resignation of Lakhdar Brahimi is the pressure exerted on him by the United States and its allies. Those who prevent the settlement of the Syrian crisis by diplomatic channels. Those who, throughout all these years, tried their best to frustrate any agreements, did everything to fail the international conference Geneva-2.

But, despite all their efforts, the conference passed and gave a start to the practice of local pacifications. The fruits of this practice are clearly visible, in particular, in the areas of the Old Town of Homs, which the militants recently left and where civilians are gradually returning.

Neither the terrorists, nor their sponsors and patrons are not able to kill the Syrians' desire for a normal, peaceful life, for free will and restoration of the wounded country.