Saudi Arabian military demonstration: Iran is not the only goal 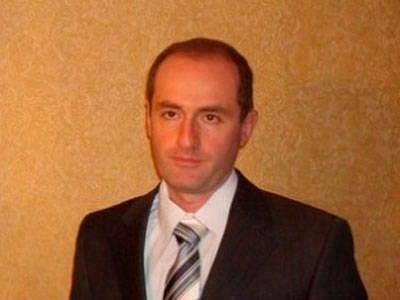 The military maneuvers of Saudi Arabia at the end of last month were evaluated by most experts under the prism of restraining the threat from Iran by Arabians. This was indirectly indicated both by the statements of the representatives of the generals of the largest monarchy of the Persian Gulf, and by the demonstration of certain means of defeat from the Saudi military arsenal. According to the country's chief of staff, Hussein Ibn Abdullah al-Gabayel, the purpose of the exercise was to increase the level of training and to test the capabilities of the armed forces in deterring the attack. Al-Saud family continues to consider Iran as the most likely opponent. Therefore, any reference to "deterring attack" instantly adjusts to the appropriate direction of origin of this threat. The special coloring of the military exercises and the parade of Saudi units and equipment that followed it was given by the fact that 29 showed off medium-range ballistic missiles in April. it weapon It was purchased from China back in the distant 1987 year, but the Arabians decided to demonstrate it to the world only now. The range of missiles (up to 2500 km) and the possibility of filling their warheads with conventional or nuclear weapons led experts to believe that by doing so, the Saudis show the Iranians the seriousness of their intentions in the Persian Gulf and throughout the Middle East region.


Iran’s missile program has achieved significant success in recent years. At the same time, it is important to emphasize, with almost exceptional reliance on local technologies and production facilities. The Saudis didn’t come close to something like this. But they have unlimited financial resources and close military-political ties, for example, with Pakistanis, which allows maintaining a balance of missile deterrence in the region. The adoption of Chinese missiles DF-3s (in the NATO classification - CSS-2) on Saudi weapons was preceded by its own prehistory. American experts emphasize the fact that the United States has provided consent for the supply of missiles from the Middle Kingdom to the Arabian Kingdom only under the condition that they will not be equipped with nuclear warheads. Assuming that the Saudis had nuclear warheads in the distant 1987 year was difficult. After a quarter of a century, this prospect no longer seems unreal. But the Americans continue to insist on the Saudis ’exclusion of plans for nuclear filling their own missiles. So, last year there were reports of the acquisition by Riyadh of Beijing of an improved version of the missiles - DF-21s. Once again, Washington "endorsed" the deal only after receiving further guarantees from the Saudi partners. At the April parade new missiles were not shown. But it was attended by Pakistani generals. A bunch of China - Pakistan - Saudi Arabia is very inconvenient for the United States. It has the potential for self-sufficiency of all the "links" (carrier - warhead - solvent customer), in which the need for American services can simply disappear.

In relations with the Iranians, the Saudis have many contradictions and at the same time everything is extremely clear. What can be said about other issues that concern them in the region and beyond. War with a neighbor is not included in the plans of either Saudi Arabia or Iran. For the latter, a military escalation with the Saudis would mean a return to the situation of the early 1980s, when, during the war with Saddam’s Iraq, the Iranians faced elements of Arab solidarity and interaction. Saudi Arabia has a system of military agreements with the United States and Pakistan on security guarantees and mutual assistance. But the Saudis themselves are no less interested in excluding military clashes with Iranians for a number of reasons. First of all, in view of the continuing likelihood of rapid loosening of the internal foundations of the power of the royal family. Especially in the eastern provinces of the Kingdom, inhabited by Shiites and making the main contribution to the country's oil prosperity.

It has begun to forget that between Iran and Saudi Arabia there is a bilateral security pact signed in 2001. Of course, he is far from an interstate document, which establishes the non-aggression of the parties against each other. But the elements of mutual deterrence are still registered in it. This is indicated by previous years of confrontation between two neighbors, who have never gone over the edge of a direct military conflict between themselves. A case in point is the introduction in March of 2011 of the units of the Saudi army in Bahrain to crush the local Shiite front in the bud. Iran reacted to this attack of Arabians in a hard-judged manner, but exclusively in the language of diplomacy. According to dedicated sources, in the spring of 2011, Tehran did not even go for a substantive consideration of military responses. The Iranian leadership found it extremely unprofitable for itself to fight with Saudi Arabia over Bahrain.

The Iran-Saudi Pact of the Year 2001 is an important factor in the system of maintaining the balance of power in the Middle East. All the trusting contacts of the parties of recent years, and they, admittedly, were prohibitively small, one way or another, derived from the operation of this bilateral document. The visit to Saudi Arabia in December 2011 by the head of the Iranian Ministry of Information (the country's intelligence agency) Heydar Moslehi fits into the mainstream of the parties ’mutual desire to eliminate open confrontation in their relations. The Moslehi mission took place at the peak of awareness of the inevitability of the civil war in Syria, within a few months after the entry of Saudi troops into Bahrain.

With the resignation of Bandar Ben Sultan from the post of head of intelligence in Saudi Arabia, there were expectations of detente in Iran-Saudi relations, their transition to a less accented level. The person of Ben Sultan was closely associated with the policy of Riyadh hostile to Tehran in Syria, Lebanon, and Iraq. However, well-known experts in the Middle East do not recommend building far-reaching conclusions from this personnel decision of the Saudi authorities in favor of a qualitative improvement in relations with the Iranians.

While recognizing in the demonstration by the Saudis of their military capabilities, a significant signal towards the Iranians, however, it is necessary to point out other motives of Riyadh. Military exercises and a parade were held on the eve of the parliamentary elections in Iraq, in close proximity to the Iraqi-Saudi border (in the area of ​​responsibility of the military base of Hafr al-Batin Saudi Arabia). Al-Saud unwilling to again see the government of Nuri al-Maliki in Baghdad, with whom they clearly did not have a relationship. The current Iraqi prime minister in the midst of the election campaign made an angry tirade addressed personally to the Saudis. Al-Maliki accused the guardians of two Islamic shrines in Mecca and Medina of interfering in the internal affairs of a sovereign state. The Saudis are not doing well with their former close partners in the Gulf Cooperation Council. First of all, with the Qatari.

Saudi Arabia’s ambition to lead the Arab world is increasingly annoying its neighbors. Taking advantage of the instability of the region at once from several of its key points (Syria, Lebanon, Iraq, Yemen), the Saudis decided to monopolize their rights to determine the pan-Arab agenda, dictate their dominance to all Sunnis and Arabs of the Middle East. It is in this direction that the latest fundamental decisions of Riyadh, taken against radical Islamic associations, fit. Even relatively moderate (against the background of the Islamic State of Iraq and the Levant, Dzhebhat al-Nusra, Al-Qaeda) and received political recognition from individual states, the Muslim Brotherhood were outlawed by the Saudis. In the face of the fight against disorder in the Arab world, military exercises and parades give the Arabian monarchy important elements for self-affirmation in the role of regional leader.

Nor should we lose sight of the oil motivation of the military demonstration of the al-Saud family. Her well-being and existence itself as the ruling clan is closely dependent on the supply to the world market of large volumes of "black gold". Analysts of the world oil market predict the OPEC leader a difficult period in hydrocarbon production this summer. Seasonal increase in domestic demand, as well as continuing problems in Libya, will force the Saudis to raise production above 10 million barrels per day and keep it at this level during the summer months. And to protect the most capacious oil “barrels” of the region, an appropriate level of possession of modern weapons and military equipment and combat skills of the Saudi army are necessary. In terms of combat capability, having experience of participation in local and large-scale military campaigns, the armed forces of the Kingdom have a noticeable deficit. Meanwhile, the number of accumulated weapons arsenals, their qualitative composition, the availability of security guarantees from the main external partners instill confidence in the al-Saud family of tomorrow.

Thus, the gaining Saudi policy of demonstrating their own power is not caused solely by targets in the Iranian direction. Saudi Arabia faces more pressing issues of external and internal, political and economic nature than absolutely unpromising involvement in confrontational relations with Iran.