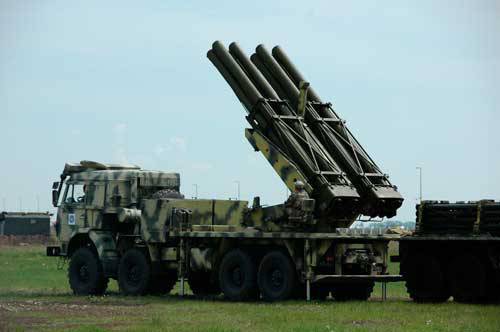 The best options for upgrading their weapons are still offered by developers.

Active promotion of Israeli defense industry companies weapons Kazakhstan’s market is yielding its own, yet not so clearly distinguishable at a glance, but quite real fruits. The KADEX-2010 exhibition held in Astana demonstrated this quite clearly. In addition to a very representative exposition of the actual Israeli manufacturers, one could also see a number of products developed by them in cooperation with Kazakhstani colleagues. True, active military-technical cooperation between the former Soviet republic and the Jewish state brings other results - in the form of corruption scandals and criminal cases.

Among the relative novelties of this cooperation, in particular, the stabilized combat module WAVE 300 "Tolkyn" can be noted. It is a joint product of a private West-Kazakhstan machine-building company (ZKMK, the former Ural plant Metallist) and IMI, and is a remote-controlled installation with an NSV 12,7-mm machine gun produced in Uralsk, equipped with an opto-electronic aiming system made in Israel. According to the ZKMK representative, the module is intended both for equipping armored vehicles and for stationary ground deployment. The guidance system allows automatic capture and tracking of the target, as well as to conduct aimed fire at night and in bad weather conditions.

ZKMK plans for WAVE 300 are quite ambitious. It is supposed to be exported to the neighboring states of Central Asia, and possibly to Russia. In any case, on the flyer of the module there is a photo in which he seems to be “mounted” on the Russian armored Tiger, negotiations on possible supplies of which to the armed forces of Kazakhstan are still at the initial stage.

Among the other proposals of the Israelites can be noted tank T-72, presented by Elbit Systems and providing for equipping the machine with a new control system with a thermal imaging channel (TISAS), an internal communication system, an auxiliary power unit, as well as active armor. And on the basis of the BRDM-2, the Israelis propose creating an intelligence complex, equipping this machine with a telescopic mast with a long-range surveillance system, an automated control system, a remotely controlled module with a heavy machine gun. In addition, the complex included wearable equipment for a crew member sent for reconnaissance outside the BRDM. 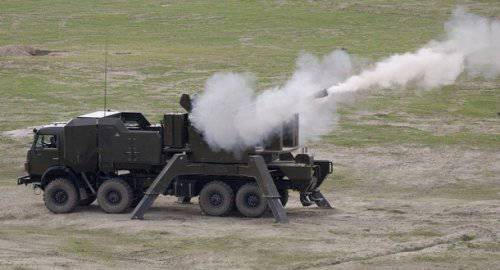 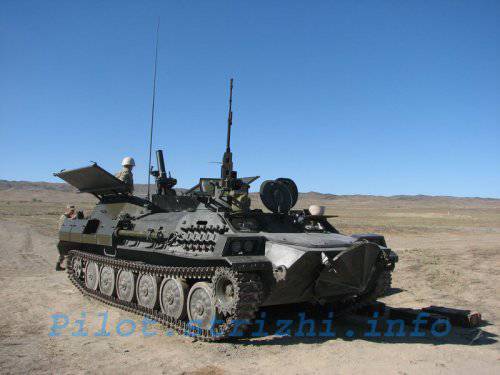 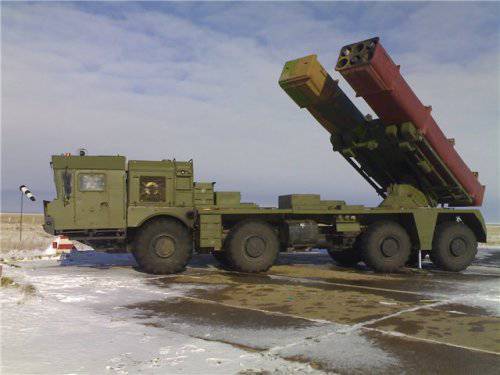 However, the most ambitious, but at the same time, the most scandalous project implemented in the course of cooperation between the defense industry of Kazakhstan and companies from Israel, was the development of Semser, Aybat and Naisa weapons systems. All three samples are modernization, respectively, of 122-mm D-30 howitzer, 120-mm mortar 2B11, and also Grad and Uragan multiple rocket launcher systems, a kind of symbiosis of carriers and trunks of Soviet / Russian production and modern technologies of Israeli companies Soltam systems and IMI. 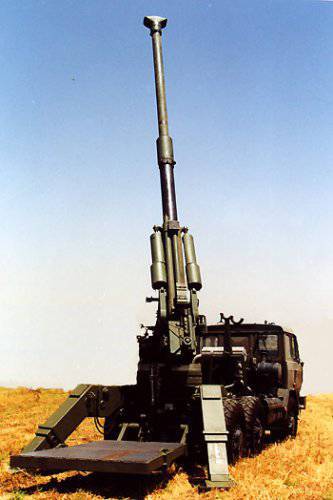 “Aibat” is an MTNB 120-mm 2B11 mortar mounted on the chassis with an Israeli recoil system and a CARDOM complex. The latter includes a computerized LMS and inertial navigation equipment, the use of which reduces the time of preparation for opening fire (up to 30 seconds) and increases the likelihood of hitting from the first shot. The system rate of fire reaches 16 rounds per minute. Opportunities for Aibat allow the mortar unit to operate according to the “shot - disappeared” scheme. The complex also has an 82-mm mortar. Both tools can be used in the usual way - for this purpose, fasteners for base plates and two legs are provided on the machine. 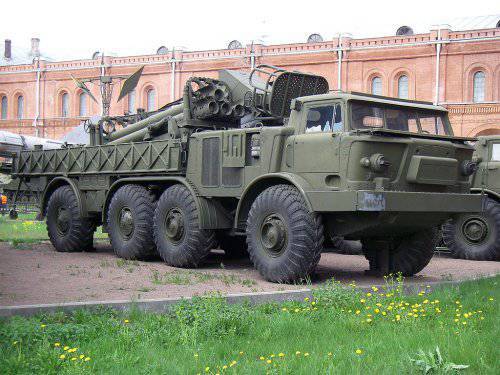 Naiza is a versatile system that can be mounted on a launcher with guide packages for 122-mm Grad rockets, Uragan 220-mm, Hurricane 160-mm Israeli LAR-160, as well as Extra, Super Extra and Delilah from IMI . The production of the MLA “Naiza” in Kazakhstan was carried out by the Petropavlovsk Heavy Machine Building Plant (PZTM). According to the company’s representatives, containers for firing Grad and Uragan rockets, a transport-loading machine, were developed here, according to the IMI project, a launcher was manufactured, that is, up to 90% of the mechanical part of the complex was made in Kazakhstan. 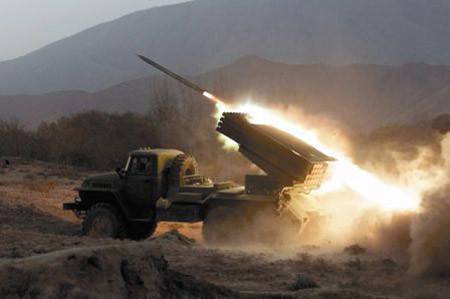 Contracts with Israeli firms were concluded by the Ministry of Defense of Kazakhstan in 2007. The republic's army received three 120-mm Aibat self-propelled mortar batteries, one 122-mm Semser self-propelled howitzer division, and one Naiza MLRS division.

The idea of ​​such a relatively inexpensive modernization, which makes it possible to increase the mobility and combat characteristics of rocket-artillery systems, can be considered very successful. But the implementation of the idea itself can not be called.

In August, 2008 began an investigation related to kickbacks during the conclusion and execution of contracts. As a result, a citizen of a Jewish state, Boris Sheinkman, representing the interests of Israeli defense companies in Kazakhstan, and the Deputy Minister of Defense of Kazakhstan, Lieutenant-General Kazimurat Maermanov, who oversaw these projects, were arrested and subsequently convicted in 2009.

The Kazakh media reported that Israeli enterprises had been paid over 190 million dollars, which is 82 million more than the real value of the weapons received. In addition, in the course of firing practice, deficiencies in the design of new weapons were identified. The Vremya newspaper wrote that Naiza is unsafe for calculation, since “in some cases the rocket jet will get into the platform of the vehicle on which the installation is based, and in some cases into the cabin where people are hiding. Contrary to the claims of the generals, the Smerch and Hurricane missiles cannot be fired at all. It will simply turn over. ”

After the demonstration of the Aibat mortar, a deformation of the bottom of the hull of the tracked tractor was revealed. As for the Semser howitzer, according to the newspaper Vremya, the “chassis of the car on which the D-30 cannon is installed is even visually overloaded. In addition, the usual field howitzer D-30 is fully operational in accordance with the standard for 90 seconds. The Semser artillery system takes up to three minutes to do this. ” 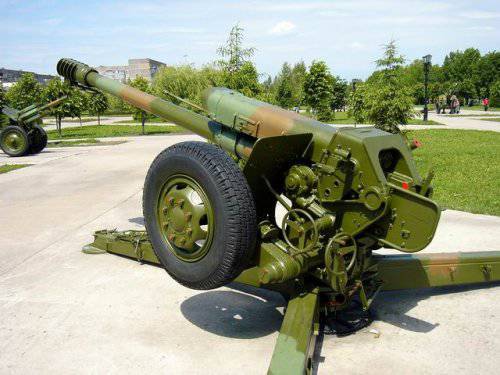 In some cases, it is rather difficult to understand the meaning of the claims of journalists, although the low quality of the work clearly took place. It is worth recalling that the weight of the D-30 howitzer in a combat position is 3200 kg, and the KamAZ-6350 chassis has a payload of 12 tons, therefore the loading system and the retractable supports along with the howitzer itself are not in weight with this tonnage. It takes from 30 to 1,5 minutes to transfer a conventional D-2,5 from a traveling to a combat position.

CARDOM adopted by the armies of Israel and the United States, but cases of damage to armored vehicles, on which mortars were installed, did not seem to be identified. Damage to the MTLB during firing in the army of Kazakhstan may be the result of poor-quality manufacturing recoil devices.

Judging by the appearance of the installation “Naiza”, then the jet during firing is really able to get on the platform, if the launch is directed along the axis of the machine and has a high elevation. As regards the possibility of opening fire by deploying the starting rear part to the cabin, even if the design does not provide appropriate restraints, the calculation should not allow the banal self-preservation instinct to act. From Nise, they used Grad and Hurricane rockets, and LAR-160 was not able to use it.

Be that as it may, but the discontent of Kazakhstan with the samples created in cooperation with Israel plays into the hands of Russian producers, first of all - the SNPP Splav. This company at the exhibition KADEX-2010 deployed quite a representative stand. Splav is ready to offer the Kazakh army its own version of the modernization of the three types of MLRS, which will increase the firing range, automate combat vehicles, reduce the time to prepare for opening fire, extend the life cycle of Uragan system missiles, and provide new ones, including high-precision ammunition "Tornado".

As for Niza, the developer of the Russian MLRS, naturally, refuses to bear any responsibility for the safety and combat effectiveness of the systems upgraded in accordance with this project. On this issue, the representatives of Splava made a report to the President, the Prime Minister, the Minister of Defense and the Commander-in-Chief of the Rocket Forces and Artillery of Kazakhstan.

Increasing the combat capabilities of rocket launchers is one of the priorities for modernizing the equipment of the armed forces of Kazakhstan. Indicative in this regard is the great interest shown by the Kazakh military to the heavy flamethrower system TOC-1А, also known as “Buratino”. During the KADEX-2010 exhibition, specialists from Rosoboron-Export and Russian defense enterprises held a special presentation of this system for the leadership of the Ministry of Defense of Kazakhstan. According to the adviser to the General Director of FSUE "Rosoboronexport" Esen Topoy, an agreement was reached that the Kazakh side will send applications for the purchase of ready-made TOC-1А, and for their joint production. The second option may look like the mounting of the launchers made in Russia on the chassis of the T-72 tanks, which are in excess for the army in Kazakhstan.

We are in Yandex Zen
Women in the armed forces of Kazakhstan (photo)
Add a comment
Information
Dear reader, to leave comments on the publication, you must to register.