Moscow as a peacemaker? 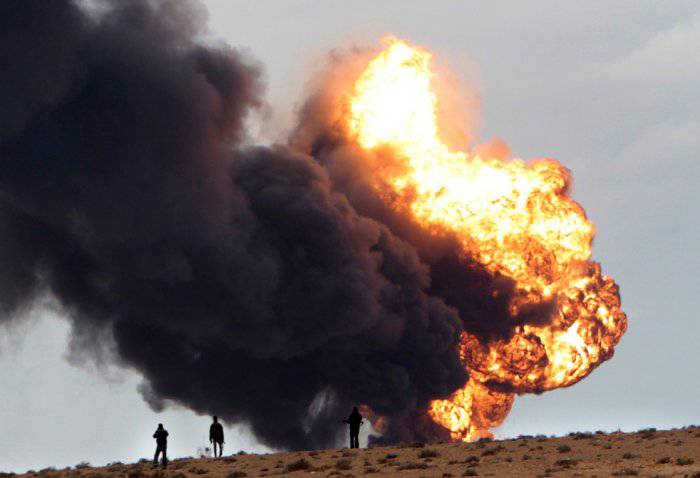 The Russian Federation is again trying to become a "peacemaker", having reconciled the states of the Western coalition, the "rebels" and Libya. Russian Foreign Minister Sergei Lavrov shared his plans for talks between Libyan leader Muammar Gaddafi and representatives of the Libyan rebel movement. The negotiations were to begin on May 16-17 in Moscow, but, according to S. Lavrov, broke down due to technical reasons.

True, several questions arise, for what purpose did Moscow decide to become a peacemaker — does it really want to stop the war and help Libya return to peace or is it fulfilling an order from Western countries ?! In this regard, the war in Yugoslavia is recalled - 1999, the NATO bombing did not lead to the desired result: the Yugoslav army retained its combat capability, beat Albanian gangsters, could well deliver several sensitive blows to the aggressor countries outside Yugoslavia, be it a political decision and the Will of the leadership . Without its capitulation, the land part of the operation was impossible - NATO members were clearly not ready to fight the Serbs and bear real losses. Under pressure from Russia, Chernomyrdin fulfilled this mission, the Serbs gave up and surrendered. Although there was a real opportunity to include Serbia in the new Russian Union - 12 on April 1999, the parliament of the Federal Republic of Yugoslavia voted in favor of Yugoslavia joining the union of Russia and Belarus. At an emergency meeting, our parliament fully supported its Serbian counterparts and invited President Yeltsin to begin the unification process, which blocked this decision. To the credit of our State Duma, which still had its Will, she even offered to immediately send our military advisers to help the Serbs, the necessary equipment, weapon. As a result, Yugoslavia has surrendered, and now it is no longer there: Montenegro has become an independent republic, is practically independent and recognized by the West, the edge of Kosovo is the “heart” of Serbia, the army is “optimized” by endless “reforms”, the “democrats” are in power, the Western states, “Automatization” of Vojvodina, Serbia is practically broken.

The intensification of Moscow’s “peacekeeping” efforts is possible, the idea of ​​the West, by force of war, they have nothing sensible: the “rebels” are regularly beaten; the army of Libya retains its fighting efficiency and finds new methods of fighting the enemies; handed out weapons to the people, and in the event of a NATO ground operation, serious losses are possible; Gaddafi does not give up, he did not kill him; time goes on, the operation to enter the next stage - the strike on Syria - has been postponed. Although, of course, the West can act according to the “Iraqi scenario”: after the 1991 war of the year, S. Hussein remained in power, and the country was blocked, suffering huge human losses from lack of medicines and food. The question is - does the West have time for this ?!

On the whole, Moscow is an ideal platform for negotiations: before the war with Gaddafi, we had good relations, the Libyan authorities turned to Russia to help end the war, the West would have kept its face, turning a failed military operation “for peace”. Although it is clear that the "Libyan rebels" - a mixture of Islamic radicals, separatists - not an independent figure, they are a pawn in the Big Game, under the control of London, Paris and Washington.

In addition, the operation may be transferred to the UN format, according to Lavrov, he should have a meeting with the special representative of the United Nations Secretary-General for Libya Abdelilla Khatyb, where they plan to "discuss the role of the UN in the early resolution of the situation in Libya", moreover, Moscow plans to accept a representative from Lebanon. Representatives of the "rebels" also turned to Moscow with a request for a meeting.