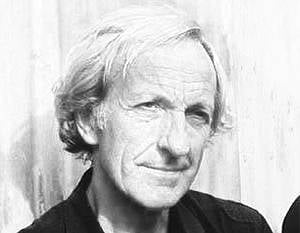 Why do we tolerate the threat of a new world war being waged on our behalf? Why do we allow false claims to justify this risk?

Each year, the American historian William Blum publishes his “US foreign policy report,” according to which the US, starting with 1945, tried to overthrow more than 50 governments, many of which were democratically elected; grossly intervened in elections in 30 countries; the civilian population of 30 countries was bombed; used chemical and biological weapon; attempted assassination of foreign leaders.

Britain in all these events was on the side of the United States. The West cares little for human sacrifice and suffering, and it rarely reports them, despite advanced communication technologies and nominally free journalism.

The fact that the victims of terrorism - our terrorism - are Muslims, it is customary to hush up. The fact that jihadism and extremism was the weapon of Anglo-American politics (remember the operation "Cyclone" in Afghanistan) is also ignored. In April, the State Department announced that after the NATO campaign in Libya, which was conducted in 2011, the country became a “refuge for terrorists”.

During these years, our enemy was called communism or Islamism, that is, any regime free from the influence of the West and operating in a territory rich in strategic resources. Leaders interfering with the United States are usually pushed aside, such as the former Iranian prime minister Mohamed Mozaddyk and Chilean President Salvador Allende, or killed like Patrice Lumumba in the Congo.

But all of them in the Western media are exposed to reproach on numerous caricatures - like Fidel Castro, Hugo Chavez, and now Vladimir Putin. For the first time since Reagan’s time, the United States threatens peace with war.

Eastern Europe and the Balkans became NATO’s military outposts, the last “buffer zone” torn apart on the border with Russia. We now support the neo-Nazis in a country in which Ukrainian nationalists used to support Hitler.

Secretly committing a coup in February against a democratically elected government in Kiev, Washington planned to seize historical Russian naval base located in the Crimea. But he failed. The Russians defended themselves, as they did centuries ago, from all threats and intrusions from the West.

But NATO decided to accelerate and organized attacks on ethnic Russians in Ukraine. If Putin had been provoked to come to their aid, the role of an “outcast” would have been fixed for him, and NATO would have started a civil war that could spread to Russia.

But instead, Putin confused the maps, agreed with the US and the EU on the withdrawal of troops, and called on ethnic Russians in the East to postpone the provocative referendum.

For the most part, these Russian-speaking or bilingual citizens - one third of the population of Ukraine - have long been trying to create a democratic federation that would reflect the diversity of political views and would be autonomous. Most of them are neither “separatists” nor “rebels”, but citizens who want to live in security in their homeland.

As it happened in Iraq and Afghanistan, Ukraine has become a CIA theme park, headed by CIA director John Brennan in Kiev. There are special units of the CIA and the FBI, who instruct members of the Security Service of Ukraine, conducting interrogations and attacking those who spoke out against the coup d'état.

Watch the video, read eyewitness stories about the slaughter in Odessa, which occurred this month. The fascist thugs burned down the House of Trade Unions, killing 41 a man, caught in a fiery trap from the inside. See how the police stand and do nothing.

One of the doctors who were there told how he tried to save people, but was stopped by radicals: “One of them pushed me rudely, saying that the same fate awaited other Odessa Jews. I wonder why the whole world is silent. ”

The Russian-speaking population of Ukraine is fighting for survival. When Putin announced the withdrawal of troops from the Russian-Ukrainian border, the junta’s defense minister, a member of the Freedom fascist party, boasted that the attacks on the “rebels” would continue.

In the “best traditions” of Orwell, Western propaganda turned the arrows on Moscow, accusing it of “organizing conflict and provocations,” as William Hague put it. His cynicism was accompanied by congratulations from Obama to the junta, who, he said, retains “remarkable restraint” after the massacre in Odessa.

The illegitimate and fascist junta is declared by Obama as “legitimately elected”. As Henry Kissinger once said, “what matters is not what is true, but what is perceived as truth.”

In the American media, events in Odessa are downplayed and called "gloomy and tragic." According to their version, the “nationalists” attacked the “separatists” (in fact, they were people who collected signatures for a referendum). The Wall Street Journal, owned by Rupert Murdoch, condemned the victims of the massacre: "The fire in Ukraine was committed by the rebels, according to the government."

Propaganda in Germany is pure cold war, so the Frankfurter Allgemeine Zeitung warns its readers about the “undeclared war” of Russia. For the Germans, the irony is that Putin became the only leader to condemn fascism in the 21 century in Europe.

A popular expression is that “the world has changed” after 11 September. But what has changed? As the great whistleblower Daniel Ellsberg said, a quiet coup took place in Washington, and now ferocious militarism reigns there.

The Pentagon is currently conducting “special operations” in 124 countries, but in reality these are secret wars. And within the country, poverty is growing and freedoms are being lost. Add to this the threat of nuclear war and ask yourself: why do we put up with it?

Ctrl Enter
Noticed oshЫbku Highlight text and press. Ctrl + Enter
We are
First report 2015 of the yearBashar al-Assad: Captain does not run from the ship
Military Reviewin Yandex News
Military Reviewin Google News
4 comments
Information
Dear reader, to leave comments on the publication, you must sign in.