Staff appointments of President Vladimir Putin, or Concrete to strengthen the vertical and statehood

15 May 2014
8
The Presidential Administration of the Russian Federation marks the anniversary. Staff Manager Vladimir Putin congratulated on the official website with this significant date. From the letter of the president:

Over the past years, the Office of Affairs has been formed as a large, multi-disciplinary department that has significantly strengthened its potential, professional and human resources. And today - shows an example of successful, effective work.

I am confident that your creative potential, experience, and loyalty to professional traditions will continue to serve the interests of the Fatherland. 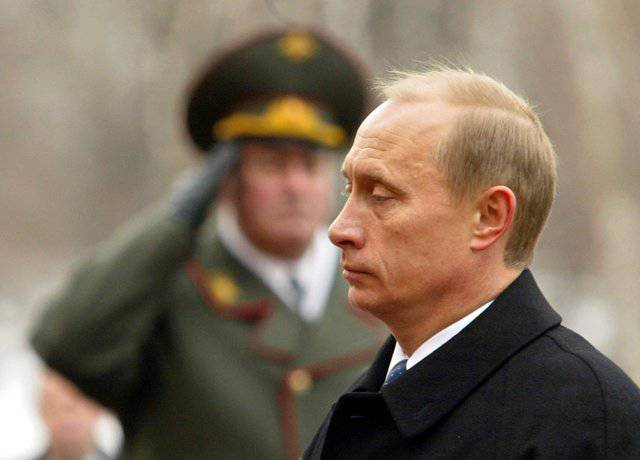 At the same time, during the week, Vladimir Putin made a substantial correction of the human resource mentioned by him, dismissed the head of the Administrative Department of President Vladimir Kozhin, who held this post for about 14 years, and appointed the former head of administration “B” of the security service of President Alexander Kolpakov to this position. Kozhin got a job as an adviser to the president, which in fact has far less significance, although theoretically it is considered to be of higher status.

Rotation in the leadership of the Presidential Affairs Department is not the only personnel change that the head of state personally made the other day. Vladimir Putin decrees replaced presidential plenipotentiaries in two federal districts at once. In the North Caucasus Federal District, the president has been represented by Sergey Melikov since the beginning of this week. Nikolai Rogozhkin became the plenipotentiary in the Siberian Federal District.

The similarity of these appointments is that both Melikov and Rogozhkin are people from a military cage. A native of the city of Michurinsk of the Tambov Region, Nikolai Rogozhkin was the Commander-in-Chief of the Interior Troops of the Ministry of Internal Affairs of the Russian Federation for almost 10 years. Instead of Nikolai Rogozhkin, the post of commander-in-chief of the MVD of the Russian Federation was occupied by Colonel-General Viktor Zolotov, whose professionalism is well known to the president due to the fact that Zolotov worked in the FSO and served as head of the presidential guard. It is noted that Viktor Zolotov is a representative of the closest circle of President Vladimir Putin.

And Sergey Melikov is directly related to the Internal Troops of the Ministry of Internal Affairs of the Russian Federation. Until recently, he commanded a joint group of troops for the KTO in the North Caucasus and served as first deputy commander of the regional command of the Russian Interior Ministry in the North-Pacific Military District.

All these appointments can not be called the usual coincidence. The president places people on very significant posts whose principles of work are well known to him. An important aspect here is that the posts of the president’s representatives were occupied by people in uniform - and those who are well aware of the responsibility placed on them. Obviously, such a move is aimed at strengthening the vertical of power - although the term gives it with stamps, but this does not reduce the role of the vertical itself.

Why is the strengthening (reformatting) of the power “facilities” happening now, and why did it take to “drive” new “piles” into the foundation? One of the reasons is the current situation around Russia, around the spectrum of state interests. The authorities are forced to respond to the pressure that foreign “partners” are already putting on, and which they are still preparing to apply.

Here is one example. About two months ago, then-President of the President of the Russian Federation Vladimir Kozhin turned out to be one of those statesmen of the country who were on the Western sanctions list. From the narrow-minded point of view, it seems to be a trifle, but from the point of view of the optimal functioning of the state apparatus, apparently, it is a trifle. And here it was necessary to make a knight's move, which (move) 12 of May was demonstrated by the head of state: there is Kozhin - there are sanctions, no Kozhin - there are no sanctions ...

Vladimir Kozhin was transferred to a very comfortable position, which allows him to have a lot of room for maneuver, but at the same time, he was fenced off the screen from the scrutiny of Western “friends” of Russia. In such a situation, these most Western "friends" automatically become the status of the catch-up. They will either have to gradually forget about their own sanctions against the same Kozhin, or, exposing themselves from a very comical side, transfer the sanctions from the former head of the Presidential Administration to the current head or announce sanctions against any official whose name emerges when studying government contacts Vladimir Putin.

There is another side to new appointments. This side looks mediated, but this fact does not diminish its essential role. This is a game ahead of the curve. “Partners”, who, after Syria and the Crimea, are beginning to gradually realize that it’s impossible to take Russia with bare hands, are clearly looking for a recipe to shake the situation inside the country. For such a swinging, a new US ambassador may start work in Moscow soon. Why precisely for rocking? Yes, because American diplomats sent to Russia are not trained a priori ...
According to the American newspaper New York TimesJohn Tefft, who is widely known for the fact that during his work in various countries, very dramatic events took place in diplomatic posts in these countries (or events whose drama concerned the neighbors of these states) may turn out to be Michael McFaul's changer in Moscow. Moreover, these events began to manifest themselves precisely when Mr. Tefft had been in the diplomatic service in this country for several years or immediately after his departure from the country.

Tefft from 2000 to 2003 - US Ambassador to Lithuania. Event: NATO expansion at the expense of the Baltic republics.

Tefft from 2005 to 2009 was the US ambassador to Georgia. Event: Saakashvili's aggression in South Ossetia in 2008.

There is an opinion that the “partners” will implement the recipes of loosening the situation in Russia into reality and through the US envoy (Tefft or not Tefft). The West has not yet invented anything new, and therefore it is worth expecting another clumsy provocations not without the help of the internal Russian “Maidanophiles”, whom the mentioned gentleman is obviously called to gather into “one fist”. So that with the "fist" everything was very, very difficult, the Russian authorities could easily go to the maneuver with the appointment of those people to the positions indicated above, which, as they say, are their own for the president. Someone will call this step the strengthening of an authoritarian note in the Russian statehood, and someone will call it a common desire to strengthen the state itself, for which many of the “partners” have a “Oriental-Oriental” canine ...

Ctrl Enter
Noticed oshЫbku Highlight text and press. Ctrl + Enter
We are
International Day of Peace. Letters of young residents of Donbass sent to the skyResults of the week. “And the Crimea of ​​the Fatherland is sweet and pleasant for us!”
Military Reviewin Yandex News
Military Reviewin Google News
8 comments
Information
Dear reader, to leave comments on the publication, you must sign in.