The position of the BTK Group regarding publication in the Izvestia newspaper. False information must be refuted 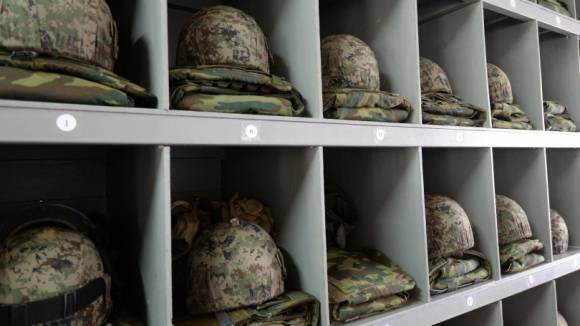 In the newspaper "Izvestia" from 13 in May 2014, an article was published "The Ministry of Defense requires the supplier of the form 3,4 billion rubles." It argues that in the 2 year of cooperation with the sole supplier of clothing and equipment for the army, the Ministry of Defense filed 15 lawsuits in the amount of 3,4 billion rubles. This information is untrue, and the title misleads the readers of the article.

The total amount of claims amounted to 3,127 billion rubles. However, the court found most of the claims unreasonable. Thus, the cumulative sum of payments by BTK Group amounted to 151 million rubles.

In addition, we consider it necessary to comment on the quotation by the President of the Russian Union of Entrepreneurs of Textile and Light Industry, Andrei Razbrodin, cited in the article "Izvestia". In fact, no company can operate on state order at its own discretion, since current legislation (previously - FZ-94, now - FZ-44, as well as the Federal Law on the defense order and the by-laws adopted for their development) and government contracts establish a strict framework of work of the state contractor, including the sole supplier. Thus, the terms of contracts with suppliers and contractors attracted by the "BTK Group" for the execution of the state order must duplicate the conditions of the state contract, in addition, the rules on profit margins apply when determining the price of the state contract. The only supplier produces finished products, and also buys raw materials and materials for their release in strict accordance with the technical conditions of the Ministry of Defense of the Russian Federation. The state customer, for its part, carries out quality control of the supplied products, the samples and standards of which the company and the state customer agree upon after signing the state contract. In addition, the Ministry of Defense of the Russian Federation has information about all the contractors of the BTK Group, attracted by the company to the execution of the state order. Thus, the company attracted 2013 Russian manufacturers of ready-made clothes, footwear, accessories, raw materials and materials for the execution of the 178 state defense order.

Thus, the existing relations between the state customer and the sole supplier are strictly regulated, the rules oblige the parties cooperating under the state order to resolve disputed issues in a dialogue mode, including through judicial instances.

This practice is generally accepted and allows civilized way to resolve the disputes of two economic entities.

The publication in the Izvestia newspaper is an attempt to influence public opinion and convince the audience that BTK Group fulfills its obligations to the Ministry of Defense of the Russian Federation as the sole supplier of clothing property with violations.

The company is outraged by the fact that the newspaper Izvestiya is disseminating information that is defamatory to BTK groups and does not correspond to reality and, without verifying the accuracy of the data, which the media law requires from the newspaper, publishes them.

In this regard, BTK Group demanded a refutation of false information on the pages of the Izvestia newspaper, on the official website of the Izvestia newspaper, as well as on the information resources of the News Media-Rus holding, which actively replicated the article, namely, lifenews.ru . The company earnestly requests publications that have reprinted news "Izvestia" about the "BTK Group", also correct the message.

The company is ready to defend its reputation in court. The purpose of this trial should be to establish the responsibility of the publication, which published inaccurate information, as well as those who contributed to their wide dissemination.

Background information on the work of "BTK Group" in the status of the sole supplier of the Ministry of Defense of the Russian Federation:

BTK Group performs the function of the sole supplier of clothing property of the Ministry of Defense of the Russian Federation on the basis of the current order of the Russian government from 05.09.2012, No. 1612-p, that is, starting in September of 2012.

The practice of working with the sole suppliers of the Ministry of Defense of the Russian Federation was applied even before the appointment of the BTK Group as the sole supplier of property for the needs of the department.

The analysis of the auctions held by the department showed that they often involve legal entities with an unstable financial situation, who do not have the production facilities and human resources necessary to fulfill the contract. Such participants could win in the competitions of the department by dumping. It was also found that the smaller the amount of lots, the greater the number of participants involved in the purchase, which increased the likelihood of failure to place an order due to the possible filing of a large number of complaints and, as a result, delaying the auction. For example, only at the beginning of 2012, the term for placing orders for the supply of clothing and equipment was 4-9 months. This state of affairs led to the threat of disrupting the provision of clothing and equipment to military personnel of the Armed Forces of the Russian Federation.