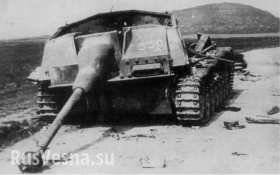 According to the "Russian Spring"On the morning of May 13, a self-propelled artillery unit belonging to a military unit of the Ukrainian Armed Forces deployed in this village council exploded near the village of Rovnoe in the Kherson region.


The explosion claimed the lives of two servicemen, two more were taken to the Genichesky District Hospital. One of the soldiers is in critical condition in intensive care with third-degree burns.

According to the suggestion of local residents, ammunition could explode inside the armored vehicles.

Thus, the list of absurd losses of the Ukrainian army was added. Earlier, the media have already reported on five burned tanks, the fall of a military aircraft, the explosion of a howitzer and the flooding of the Grad multiple launch rocket system.