The loss of Donbass threw Ukraine in the XIX century 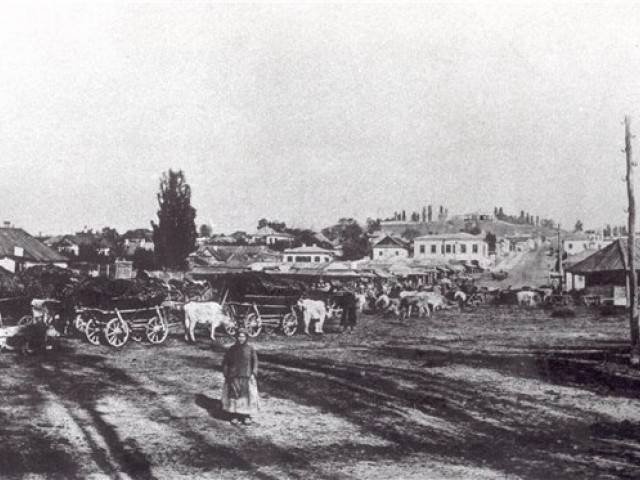 After the referendum in Europe and Kiev, they finally understood: the independence of Donbass is already a reality and it is impossible to change the power in Donetsk and Lugansk either to the regular army, which is now collecting pennies by sms all over Ukraine, or by Kolomoisky’s militants. Officials immediately changed the motive and began songs about the economy.

The biggest expert in the Ukrainian industry, the Swedish Foreign Minister Carl Bildt, unexpectedly declared that the events of recent days would destroy the economy of Donbass and plunge the region into chaos.

Following the Swede, Alexander Turchinov predicts ruin to the southeast.

“Dangerous criminal actions destroy the economy of Donbass: people are left without a salary, production is stopped,” said Acting President of Ukraine, Chairman of the Verkhovna Rada of Ukraine Oleksandr Turchinov.

Sergey Taruta, the governor on the run, frightened by the disaster and was deposed by the activists of the region: “Not a single enterprise of Donbass will be able to work within the framework of isolated territory and unrecognized by any countries,” he said. And Arseniy Yatsenyuk suddenly immediately remembered the problem of the Russian language and even proposed to prescribe it in the constitution, as if after the shootings of civilians, the matter can be solved only by this.

However, it didn’t go farther than empty words and justify why Donbass will fight in convulsions without the support of the Kiev authorities, neither the acting president nor the ex-president. the governor, or even the Swedish minister did not.

Nevertheless, no matter how arrogant it may sound, but for residents of the Southeast, things are not as bad in the economy as it might seem at first glance. And it’s not a fact that the new republic will lose from independence.

Let's imagine: there is no Donetsk People's Republic and activists of the southeast, the Ukrainian flag flies over the regional administration, and enterprises are preparing to live in the conditions of the Association Agreement with the EU, which the Yatsenyuk government is preparing for them.

This has already been written and rewritten, and it will not be a revelation to anyone that most of the products of the region went to the markets of Russia. In the case of the opening of borders with Europe, Russia would tighten the customs policy in relation to Ukrainian producers. Reducing 150 thousands of jobs in the Donetsk region is not a fantasy, it is the conclusion of the Ukrainian government. Was it not the residents of Donetsk who initially began to protest? Is it not against the closure of enterprises that did not fit into the concept of "Ukraine - the breadbasket of the EU"?

The irony of the situation is that it was Russian money and trade with Russia that prevented the final fall of Ukraine into the abyss back in 2013. And to a large extent - due to the cooperation of south-eastern enterprises with Russian ones.

Billions of the IMF would hardly ever have flown to Donetsk and Lugansk. Not the elite in Kiev today to share. And, frankly, those 17 billions that Ukraine will receive for several years, after all the events on the Maidan and the destruction of the economy, this is a drop in the ocean.

No matter how frightened the southeast is from Europe and Kiev, the “Russian regions” of Ukraine are a priori richer than the “Ukrainian” ones. Therefore, the Ukrainian nationalists who came to power would have a clear interest in disposing of Donbass. After all, if you deduct the industrial enterprises of the East, coal mines, metallurgy from the general Ukrainian economy of Ukraine, the third world country turns out, which, ironically, turned out to be in the very center of Europe. Well, or the first, but the sample of the XIX century.

Donetsk region gives almost 18 percent of all Ukrainian exports, second only to Kiev with its 22 percent. In Lugansk - 5 percent. Thus, having lost only two regions, Ukraine’s export earnings are reduced by 23 percent. Export figures of the five western regions of Ukraine are only slightly higher than those of the Luhansk region. (Lviv - 2%, Volyn - 1%, Rivne and Ivano-Frankivsk - according to 0,8%, Ternopil - 0,6%).

Ukraine's GDP for the 2013 year is approximately equal to 1,475 trillion hryvnia - and more than half of it provided the entire 4 of the eastern regions - Donetsk, Dnipropetrovsk, Zaporozhye, and Lugansk.

If we analyze the standard of living, then most of all citizens below the poverty line live in the northwestern and central regions. In the Lviv region, for example, below the poverty line - 30% of the population. No wonder that it was from there that a wave of villagers first poured into Kiev. On Independence at least for free fed.

Under these conditions, it is logical that the government will continue to milk the southeast to distribute pennies among those who are poorer. In the 2013 year, only one Donetsk gave 1,7 billion hryvnia, receiving only 362 million hryvnia back. Of course, part of this money is returned to the donor area to finance infrastructure and industrial facilities, but a large part of this amount goes to support subsidized western regions.

Now in the Transcarpathian, Ivano-Frankivsk and Lviv regions almost 78 thousands of enterprises are operating. However, svidomye regions annually export less than Estonia ($ 15 billion) and Belarus ($ 46 billion). Therefore, for Europe, the west of Ukraine is something like an overgrown Moldavia.

According to the competitiveness rating of the regions of Ukraine 2013, prepared by the Foundation for Effective Governance with the support of the World Economic Forum (WEF), the top five are as follows: Kiev, Kharkiv, Odessa, Donetsk and Dnipropetrovsk regions. Donetsk wins primarily because of the high concentration of large enterprises. According to the effectiveness of corporate governance, the region’s rating is higher than in Switzerland, Canada and the USA, and corresponds to the 11 position in the 148 rating of the countries of the world, the report says.

“In terms of business development, the average rating of Ukraine’s regions is lower than the world average. At the same time, it is higher than the average indicators of the CIS and CEE countries. The growth of regional positions in this component is constrained by the insufficiently wide value chain and the low level of development of production processes. ”

“The undisputed leader in terms of business development in Ukraine for the second year in a row is the Donetsk region, demonstrating good results by world standards. It is at the level of 53-th place in the world, which corresponds to the results of Estonia, Chile and Mexico, ”the report says.

The DPR, through the mouth of its prime minister, Denis Pushilina, has already announced that it is no longer paying taxes to Kiev. "I think that we should have done it before. The fact that we actually paid tribute to the murderers is beyond logic and common sense," he said. And it is possible that the justice of these words will be understood in the Odessa and Kharkov regions, and in Dnepropetrovsk.

By the way, if you forget about politics and speak in the language of finance, then the IMF sadly proclaimed: with the loss of the southeast, Ukraine will have to increase its assistance.

“Ukraine and the program of its authorities faced unprecedented risks. If the central government loses effective control over the east, the economic assistance program for Ukraine will need further processing, ”says Agence France-Presse official IMF statement.

So another big question is who will be bored more - Kiev and Lviv in the Donbas, or the Donbass in Kiev and Lvov.

Ctrl Enter
Noticed oshЫbku Highlight text and press. Ctrl + Enter
We are
A great interview with Sergey Lavrov: about Ukraine, Obama and IranList of destroyed the largest and most high-tech enterprises
Military Reviewin Yandex News
Military Reviewin Google News
163 comments
Information
Dear reader, to leave comments on the publication, you must sign in.