14 May 2014
89
9 in May 2014 celebrated the 69 anniversary of the Victory in the Great Patriotic War throughout Bulgaria. On this day, MPs from the Bulgarian Socialist Party (BSP) and the Ataka Party came to the meeting of the “People’s Assembly” with St. George ribbons on their lapels. In the unicameral parliament of the country, the majority of deputies (83) are from the BSP (more precisely, from the so-called “Coalition for Bulgaria”, in which the BSP is the main participant). Another 23 - from the party "Attack". As a result, the 106 deputies of Bulgaria from 240 came to the meeting of the parliament with St. George ribbons. This gave rise to a flurry of emotions both in the country and far beyond its borders, in the West. 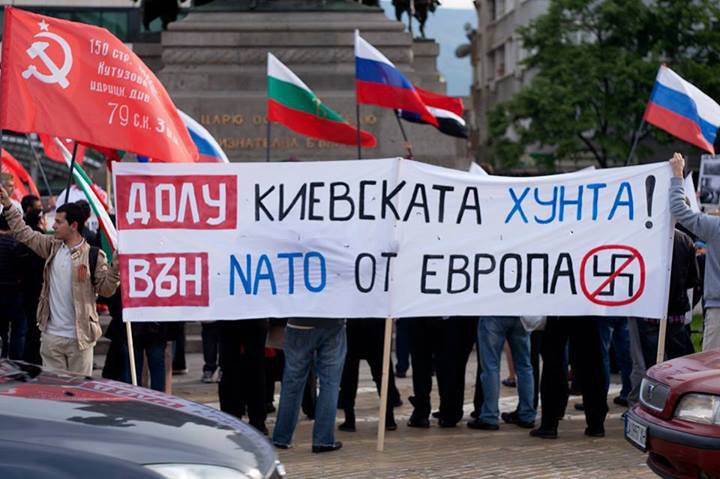 The majority of the people, of course, rejoiced at this demonstration of the symbolism of our friendly power. Although Bulgaria is nominally a member of the EU and NATO, the country's participation in these organizations is going on with great creak. The Bulgarian people do not perceive them as “their own”. 25 May the country will hold elections to the European Parliament. No politician in the world would annoy his voters during the election campaign, at the very peak of political passions. On the contrary, at this time all parties seek to “get out” of the narrow party niche and attract as many followers as possible, although at the cost of some deviations from the traditional program. Suppose that in the pursuit of votes during the election campaign, but the fact remains that by the Victory Day in 2014 almost half of the deputies of the EU member state and NATO came to the meeting of the country's parliament with St. George ribbons. This is in addition to the fact that staunch Russophiles began to appear with St. George ribbons on television and in public places since 1 in May, and some even earlier. In order to fully appreciate the mood in Bulgarian society, we must recall the statement of the deputy of the BSP Nikolai Malinov in the live broadcast of the Bulgarian national television 18 in March 2014: “I congratulate all Orthodox Christians in the world on their victory in the Third Crimean War. And I want to remind you that after the Crimea, the turn of the Balkans is coming, along the southern routes. ” Now we will not understand the reaction to such an open and to some extent even defiant Russophilism, but we assure you that the Democrats and Euroliberats would rather love their tumor, if they had one, than people wearing St. George ribbons.

It is worth mentioning why the Bulgarians suddenly so loudly and loudly rose up to protect the interests of Russia. First, they have already realized that the interests of Russia coincide with the interests of all Orthodox Slavs in the world, these are their own interests. Secondly, the West is already openly leading an information war against Russia, this causes a natural reaction from our people: we are beaten, and comrades cannot be left in trouble. Third, the victories of Russia on the present, field front in the south of Ukraine inspire and inspire the hope expressed by Nikolay Malinov: after the Crimea "the turn of the Balkans will come along the southern routes". After a quarter of a century of Euro-terarasty and the Euro-Liberasty, Bulgarians are waiting for bratushes, as they had expected in 1877, after the five-century Ottoman yoke. 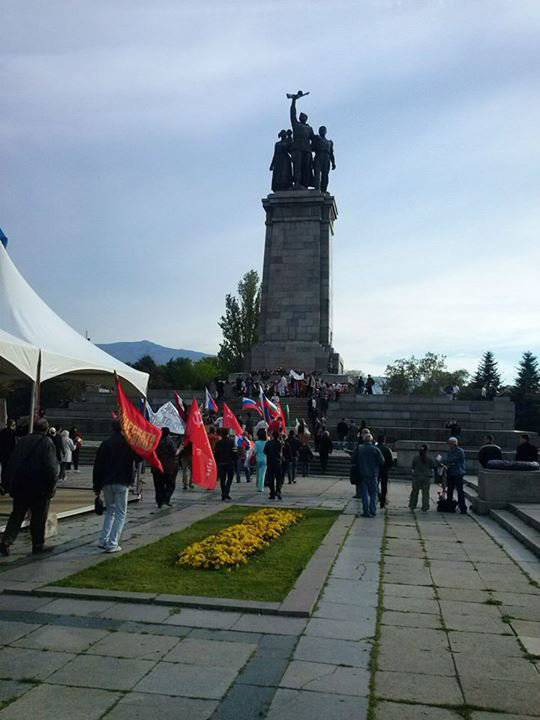 As in every year of the last 24 years, in 2014, the celebration of May 9 was also not easy. May 8 after sunset the followers of Darkness crawled out of their burrows. They gathered near the monument of the Soviet Army, installed in the center of the Bulgarian capital Sofia in honor of the soldiers-liberators. Liberasty and Democrats called their assembly "video performance". With the help of multi-colored searchlights, they lit up the monument in pink - a hint of homosexuality, and then in the colors of the banner of the European Union - this is without hints. Democrats used the monument as a screen for demonstrating slides, one of which read: “This monument is a symbol of the criminal communist regime.”

Normal Bulgarians were on duty near the monument all night so that it will not be defiled again by graffiti. In 90, not only at night, but generally lived around the clock in tents near the monuments to prevent their demolition. But even the longest and darkest night ever ends!

The sun has risen in the Russian Cultural Information Center (RKIC) in the Bulgarian capital. There was a live broadcast of a military parade from Red Square in Moscow. A solemn ceremony of laying wreaths and flowers to the monument of the Soviet Army. Ambassador Extraordinary and Plenipotentiary of the Russian Federation to the Republic of Bulgaria Yuri Nikolayevich Isakov, ambassadors of the CIS countries, military attachés of the anti-Hitler coalition countries, head of the Rossotrudnichestvo office in the Republic of Bulgaria Viktor Bazhenov, employees of the Russian Embassy, ​​representatives of other foreign embassies, members of parliament took part in it. Of the Republic of Bulgaria, members of the Coordination Council “Bulgaria - Russia”, representatives of political parties and public organizations of Bulgaria, employees of the Russian ulturno Information Center, veterans, members of the public and the media.

After the ceremony of laying wreaths and flowers, a gala concert was held at the monument to the Soviet Army, organized by the Bulgaria-Russia Forum. On the same day, wreaths were laid at the Kostnitsa memorial, which is located in the Lozenets district of Sofia. Hieromonk Zotik (Gajewski) served the requiem Litia at the monument to Soviet soldiers.

In 18.00, a concert of pupils of the School of Aesthetic Development was held in the Great Hall of the RCRIC, and in 19.00, the demonstration of the feature film “Stalingrad”, shot by Russian actor and director Fyodor Bondarchuk in 2013, began.

In 17.30, the second demonstration went from the presidential palace of Bulgaria to the monument of the Soviet Army, without the official representatives of the Russian Federation. Bulgarians raised the banners of Russia and the Victory Banner. All participants in the procession donned St. George ribbons. The chairman of the Bulgarian Socialist Party and the Party of European Socialists (PES), Sergey Dmitrievich Stanishev, and representatives of the Ataka party attended the meeting. In front of the monument to the Soviet Army, the Bulgarians burned the banner of the European Union and chanted slogans for friendship with Russia. Looking at this mass free will of the Bulgarian people, liberas and democrats choked with anger in the Internet comments: “Putin has no need to send polite green men to Bulgaria, they will do everything themselves”, “These whole life will turn the ear to the ground to hear the tramp of Cossack hoofs squadrons and the thunder of Russian artillery ". 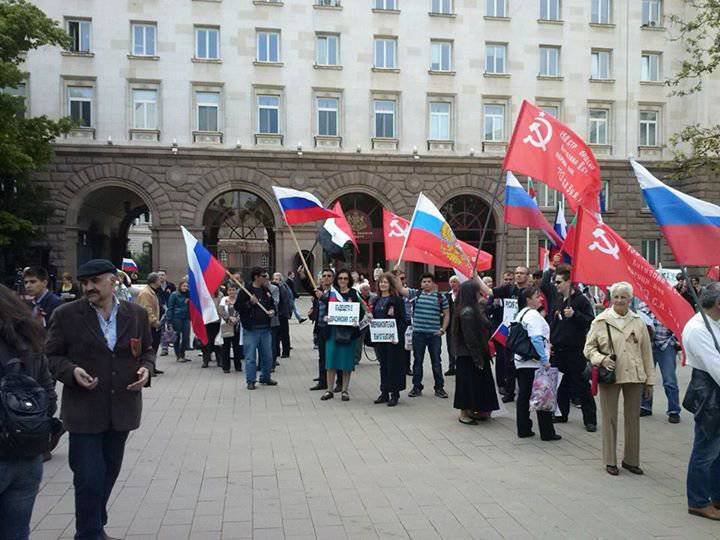 Although the main and most mass events took place in the capital, the whole of Bulgaria celebrated 9 on May. And the farther to the outback, the more Russophiles we have and the less liberastov and democrats.

On May 9, a solemn rally-concert was held at the monument to Alyosha (a Soviet soldier-liberator) in the city of Plovdiv, dedicated to the 69 anniversary of the Victory over fascism. The holiday was organized by the regional and city council of the Socialist Party, the Russian Russophiles National Movement, the Federation of Friendship with the Peoples of Russia and the CIS countries, the Slavic World, the Union of Reserve Officers and Reserve Sergeants, the Union of War Veterans, local clubs of Russian compatriots, the representative office of Rossotrudnichestvo in Bulgaria

Among the many present were veterans, representatives of youth organizations, students and schoolchildren, public figures, representatives of the scientific and artistic-creative intelligentsia, the media, compatriots. Dear guests were greeted cordially and enthusiastically - Ambassador Extraordinary and Plenipotentiary of the Russian Federation to the Republic of Bulgaria Yuri Nikolayevich Isakov, Head of Rossotrudnichestvo Konstantin Kosachev, Head of the Representative Office of Rossotrudnichestvo in the Republic of Bulgaria Viktor Vasilevich Bazhenov, Honorary Consul of Russia in the city of Plovdiv Georgi Gergov.

Wreaths and flowers were solemnly laid at the monuments to Soviet soldiers in the years. Stara Zagora, Varna, Burgas, Ruse and many more cities and villages in Bulgaria. 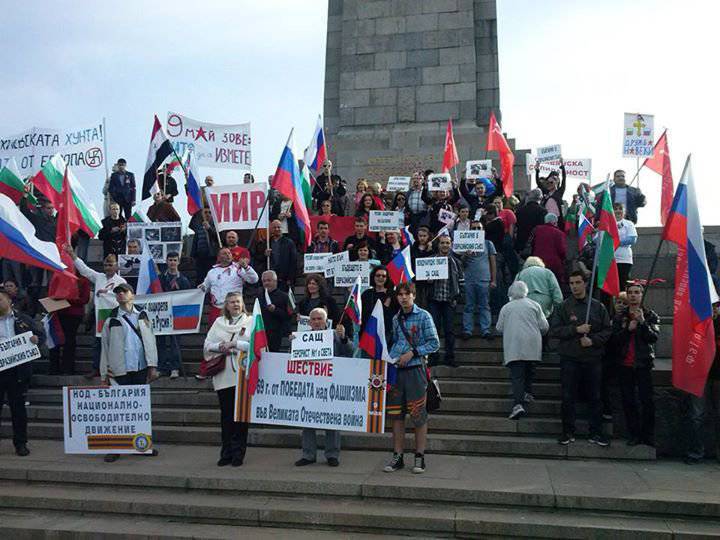 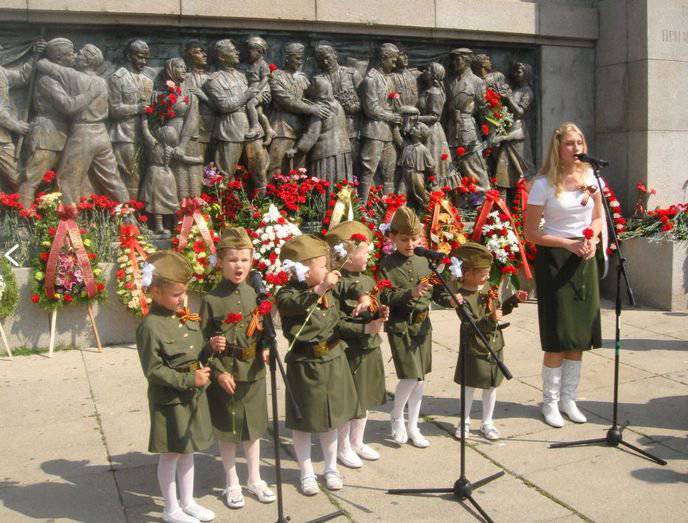