25 May: why this particular date? 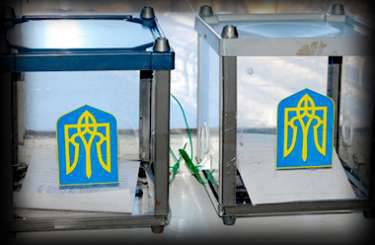 21 February 2014, in the apt expression of our president, the popularly elected Yanukovych personally handed over power to the Maidan, having signed the well-known Agreement in the presence of three "high" diplomats.


Among other concessions, the Agreement assumed that after the constitutional reform and the adoption of the new Constitution, no later than December 2014 would be held in Ukraine, presidential elections would be held.

It would seem that still need? Here it is, Nenka, tepid with a smeared mouth cookies, is given entirely and without remainder. But no, something did not suit Europe and America.

What happened, gentlemen? Why so much blood and tantrums? Why the US Department of State, Merkel, Ashton and Barroso have recently shouted as victims, practically breaking off on a yelp, and taldychat the same thing: "The presidential elections scheduled for May 25 should take place."

The devil, as always, is in the details.

It is well known that 25 May 2014 will be held elections to the European Parliament. Coincidence? Not at all.

In fact, elections to the European Parliament will be held in the EU countries in the period from 22 to 25 in May of this year. On the last day of elections with the tallying of the voting results, the previous composition of the European Parliament resigns with the expiration of a five-year term. The newly elected parliamentarians will take over with the opening of the first session of the new convocation, which is scheduled for July 01, 2014.

It would seem, what a connection, because the European Parliament is in fact a decorative, deliberative institution. But the dog is buried deeper.

The fact is that on the same day, May 25, the powers and members of the European Commission, including its chairman Barroso, and the European Commissioner for International Affairs - Baroness Ashton, should end. The moment of termination of powers by the EU legislation (the Lisbon Treaty) is not precisely regulated, but within the meaning of the contract, the executive bodies of the European Union, which are add-on bodies, do not follow the principle of continuity of functions during rotation, i.e. there is a period when some have already resigned, and new bodies have not yet been elected.

Since the European Commission is actually the executive body of the European Union, which has exclusive powers to conclude agreements on behalf of the European Union (not even the Council of Europe - the European bureaucracy is so arranged), after 25 May, there will be no one who technically sign an agreement on European integration with Ukraine. And for the West it is a disaster, because with the future composition of the European Parliament, it is not at all obvious that it will be possible to bring the right people to the European Commission and to approve the appointment of the “worthy” successor to Barroso in the European Parliament. Theoretically, both he and Ashton can be re-elected, since the law allows for re-election, but in the light of the latest "arts" and with the increasing influence of healthy right-wing forces in Europe, their chances are zero.

This, apparently, is well understood in Brussels and in Washington. And without the European Integration Agreement, which opens the gate for NATO, the whole adventure loses all meaning. After all, it’s not for the sake of a brighter future “Square” that all this has been started.

So decide whether the election of 25 may take place on May 2014.

P.S. Obviously, in view of the upcoming inauguration of the newly elected president of Ukraine, only Yatsenyuk can be the signatory of the European integration agreement on behalf of Ukraine, but “under the shadow of the legally elected president.” Isn’t it possible for them to have prepared the signatures under the agreement in advance and staged a performance with "signing certain provisions" of the agreement? It seems to fear in the time trouble technical overlays.

Ctrl Enter
Noticed oshЫbku Highlight text and press. Ctrl + Enter
We are
A great interview with Sergey Lavrov: about Ukraine, Obama and IranWhat you didn't want to know about England
Military Reviewin Yandex News
Military Reviewin Google News
59 comments
Information
Dear reader, to leave comments on the publication, you must sign in.