Anglo-Saxons are afraid of "Russian weapons" 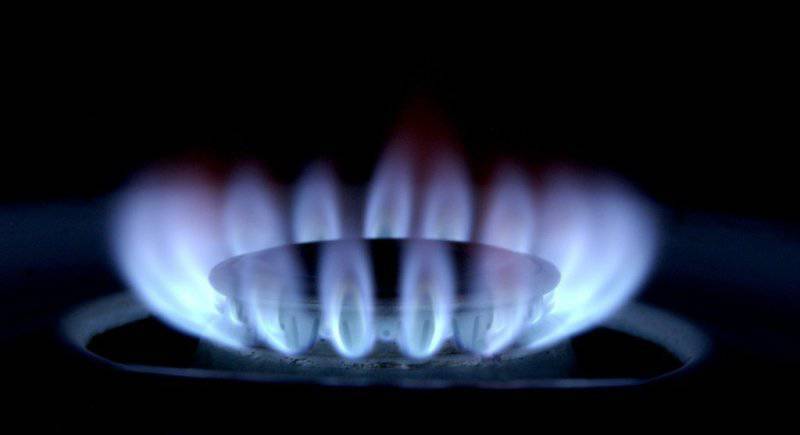 Formerly, the main support of Russia was only the army and navy, but today economic power has been added to them. After all, Russia is a raw material superpower, which has practically no equal to itself in terms of the volume of natural resources. Moscow does not cost anything to crush Europe in two days, raising the price of gas, or even completely shut off the valve. That is why the European Union hesitates and does not want to impose restrictions against Russian businessmen and officials. If Russia, in its relations with the European Union, succeeds in further developing the “gas” topic, the West can completely abandon sanctions.

Total war of a new type

The current conflict between the West and Russia is a war of a new generation, which is being waged not only on the battlefield, but also in the media space, in the markets, in the offices of special services. In the growing confrontation, the opposing sides, in addition to conventional weapons, will use all sorts of political technologies and economic tricks to confuse the opponent and cause him the most powerful demoralizing blow from the rear. Moreover, as during the Cold War, the possibilities of the United States and Russia are absolutely equal here: both Washington and Moscow have the experience and resources to carry out such operations, so the fight promises to be hot, though relatively bloodless.

In the conflict that has unfolded between Russia and the countries of the West, so far the economy is of paramount importance. The situation is complicated by the fact that the sides of the confrontation are interdependent from each other: on the one hand, this allows you to strike at the enemy’s pain points, and on the other, you also have to endure the pain. That is why the countries of the European Union are so reluctant to be led by the United States, and they impose sanctions on Russia very slowly, with a screech, as if the process is about to stall, or even go backwards.

This is understandable: so far no one, except for European and American entrepreneurs, has suffered from the restrictions imposed. Western corporations lost access to the Russian market, and suffered losses. In order to avoid even greater losses, big business lobbies in every way its interests in the parliaments and cabinet ministers of the European Union states, and this is bearing fruit: many officials refuse ideas related to Russia's isolation, and instead of sabotage in favor of Barack Obama, they are addressing more pressing issues.

In any case, Russia has not lifted a finger so far - and the growth of Western economies amid negative forecasts has already begun to slow down. Many economists seriously say that the conflict between Moscow and Washington may prevent Europe from recovering from the recent economic crisis, driving the economies of the European Union countries into a state of stagnation, and even recession. It is impossible to imagine what would happen if Russia on the economic front takes some kind of active actions, for example, raises the price for gas or completely stops its supply.

Speaking of gas: it is the main weapons Moscow in the "war of nerves" with NATO and the European Union. Not secret: in the West, it has long been estimated losses from a shut off valve. And they were horrified.

Europe is urgently taking steps to diversify energy supplies. Strange as it may seem, this process is lobbying the United Kingdom - one of those EU countries that are least dependent on Russian gas. However, the British economy will also suffer if Russia wants to stop supplying blue fuel. Of course, England will not freeze in winter, but the cost of gas for enterprises and the population will increase.

As a member of the European Union, the most “protected” from gas wars, Great Britain, together with the United States, is developing plans to “save” continental Europe from Russian gas. London can afford to engage in demagoguery. But the pedantic plans of the British are broken, like waves on the shore, as soon as they are faced with the harsh reality: no one on the continent, except for the pro-American marginal, will not support the gas supply in London. Let the British talk about their good intentions to the Bulgarians, who, because of Ukraine, even managed to freeze, or to the Germans, who want to do business, and not nonsense.

What is the essence of the Anglo-American plan?

In the United States and Great Britain, they want to replace Russian gas with Middle Eastern gas and are going to build for this purpose several terminals on the coast of Europe capable of receiving liquefied blue fuel. True, this will take about ten years, and during this time the geopolitical situation in Eurasia can change radically - but apparently overseas believe that it is better late than never and with great enthusiasm prepare for the implementation of their belated plan.

Britain also wants Western Europe to supply Ukraine with gas, not Russia. The fact that the West European gas, in fact, is Russian, in London are silent.

Since it was difficult to find allies on the continent, the British decided to negotiate with other countries not through the supranational bodies of the European Union, but within the G7. This informal club includes the United States, Canada and Japan - countries far from European problems, and therefore, together with Great Britain, are ready to break the diplomatic resistance of Italy, France and Germany - other members of the "seven" who oppose the ingenious Anglo-Saxon plans.

The United States, in an agreement with the G-7, is going to lift restrictions on shale gas exports, and Japan announced its intention to reduce its dependence on blue fuel, and promised to start several nuclear power plants that were shut down after the Fukushima accident. The European Union itself will invest heavily in the construction of a gas transmission infrastructure that allows for the delivery of gas from North America.

In the short term, such actions do not pose a threat to Russia's national interests. With all their desire, Europe will not be able to refuse the services of Gazprom, and if something goes wrong, you can always put pressure on it by hinting at possible consequences for the European economy. If desired, Russia can plunge the European Union into the Stone Age without a single shot. And even if Moscow does nothing, the situation will not change in the next 10-15 years.

However, one should expect revitalization of Russian diplomacy, and then Europe’s dependence on Russian gas will continue even after the next decade.

The fate of Ukraine will decide "Gazprom"

As for Ukraine, which is accustomed to take someone else's, then, most likely, the West will not be able to help her in any way: he himself would not have been without fuel, and then the eastern neighbor impudently demands to feed him and warm him, otherwise he will commit an act of suicide and not enough will not seem. In theory, everyone should remain indifferent to such baseless demands, but the suicide of a neighbor will result in unpredictable consequences for the countries of the Balkan Peninsula and Central and Eastern Europe. For example, by complete freezing of gas supplies that cannot be delivered through the Ukrainian gas transport system during a civil war.

It turns out that the European Union is interested in the soonest stabilization of the situation in Ukraine, regardless of whether this country becomes a democratic federation or remains under the authoritarian control of the junta. If Russia returns the status quo in Ukraine, or insists on reforming the state system, Europe will not particularly resist, so they will express concern for the mind, and in two years they will completely “forget” about what happened.

Another thing is the United States, which actively intervenes in Ukrainian and European politics, pursuing its own goals and ready to play against the interests of Brussels, Paris, Berlin or Rome. The task of the White House is to upset relations between Russia and Europe to such an extent that Russian gas supplies become problematic. Washington, in principle, treats the fate of the European economy with indifference, but the potential union of European states with Moscow is unprofitable for it. Using Ukraine to block gas supplies to the West is ideal for America.

At the same time, Barack Obama is trying to force the Arab countries, and especially Saudi Arabia, to increase the volume of blue fuel production in order to bring down gas prices on the world market. For this, the President of the United States at the beginning of spring had already visited the Saudi king, kissed his hands and bowed before him — by God, as soon as he did not humiliate himself. He promised to provide the Islamists in Syria with man-portable air defense systems to fight the air force and probably made many more flattering proposals on cooperation between the United States and Saudi Arabia. Apparently, the humiliation of Obama gave the result: the Arab kingdom declared its readiness to increase gas production "in case of anything." However, how this gas will be delivered to the consumer remains a mystery: Europe does not have the necessary number of terminals for receiving liquefied fuel, and many Europeans will have to languish during the next Ukrainian-Russian gas war (and it is, no doubt, planned).

On the whole, Russia faces the challenge of convincing the European Union that if Brussels aggravates relations with Russia, Moscow will be able to respond adequately. Europe already knows how hard it is to live without gas - in the past decade, Ukraine presented a good lesson to Europeans. For Russia, it is enough just to remind the West about the gas wars, how it will back down and will try to resolve the situation with the world, regardless of the opinion of Washington. This will be the first step towards resolving the Ukrainian crisis and, on a more global scale, towards the true independence of the European Union from the United States.

Thus, with the help of the gas valve, Moscow is capable of shaking the largest military bloc of the Western Hemisphere, NATO, from within. Well, the United Kingdom and the United States are right when they are seriously afraid of the “Russian weapons”, and are doing everything possible to neutralize them - however, they are unlikely to succeed in achieving their goals.

Ctrl Enter
Noticed oshЫbku Highlight text and press. Ctrl + Enter
We are
Yin and Yang ethnic business. In Russia and in the world there are more and more migrant entrepreneursResults of the week. “He who does not regret the collapse of the Soviet Union, has no heart; who wants to recreate it in its previous form, he has no head "
Military Reviewin Yandex News
Military Reviewin Google News
61 comment
Information
Dear reader, to leave comments on the publication, you must sign in.