The special commission of the Verkhovna Rada: on the Maidan, people didn’t shoot Golden Eagle 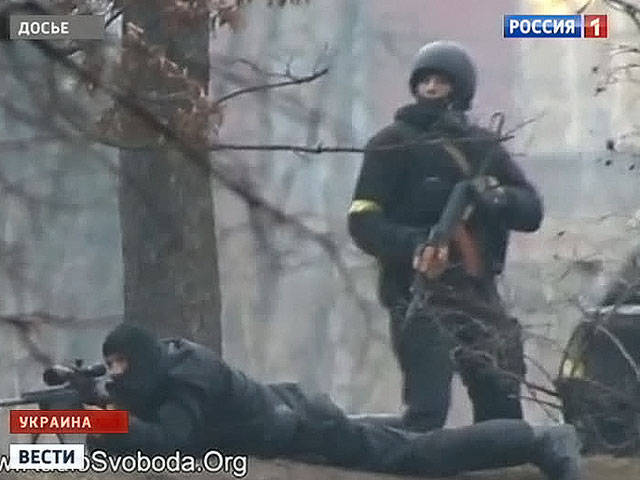 During the tragic February events in Kiev, the rally was fired not by the special forces "Berkut" fighters. This conclusion was made by the temporary investigative commission of the Verkhovna Rada on the results of a study of ammunition used by snipers - cartridges and bullets, ITAR-TASS reported.

According to the head of the commission Gennady Moskal, the representatives of the public organizations that had left the control could shoot at the protesters. Without specifying exactly which organizations we are talking about, Moskal emphasized that then "the first shot was made at the police officers."

“Anyone could join the ranks of the protest movement under the guise of fighting against the“ current government, "he explained at a press conference. According to him, the version that both the Security Service of Ukraine and the Ministry of Internal Affairs staff and their supporters posing as activists.

In April, 2014, Gennady Moskal announced a number of omissions of the law enforcement agencies and the Prosecutor General’s Office during the investigation of this case. “As the head of the commission, I made a decision today to immediately appeal to the Prosecutor General’s Office in order to point out to them all the shortcomings in the investigation of the cases that exist today,” he said.

Moskal also noted that "ballistic and other necessary examinations were not carried out, sniper rifles that could have been featured in the events of February were not seized."

"We see that there is not even material evidence collected, that the bullets are in different hospitals, that no one is carrying out any expertise."
Earlier, at the meeting of the temporary investigative parliamentary commission, the head of the medical service of the Ministry of Internal Affairs, Oleg Petrash, also expressed the opinion that "no material evidence has been collected so far," and the bullets that the doctors extracted from the bodies of the dead are "in the hospital or from relatives or simply lost. "

Despite all these circumstances, the commander of the special eagle of the Berkut was arrested earlier on suspicion of shooting at people on Maidan Nezalezhnosti. The fighters themselves declare that they do not believe in an objective investigation of the events on the Maidan, although almost immediately the experts had doubts about the guilt of the fighters of this special unit.

In early March, it was possible that its leaders (at that time, the opposition) hired snipers for Maidan, in a public telephone conversation with EU representative Catherine Ashton, Estonian Foreign Minister Urmas Paet said.

More than half of the hundred people who died during the revolutionary events in Kiev were killed on February 10 in the Independence Square and Institutskaya Street on the morning of February 20. For the death of the protesters and law enforcement officials no one took responsibility for themselves.

At the same time, the official Kiev continues to insist that the fighters of the "Berkut" are guilty of the death of people. In addition, the former head of the SBU, Alexander Yakimenko, shortly after the coup in Kiev, said that the so-called commandant of the Maidan may be involved in the killings, and now the head of the Security Council Andrei Paruby. In particular, Yakimenko claims that the shooting was carried out from the building of the Conservatory, which was under the control of the Maidan, and it was Parubiy who was in charge of it.

The name of this person was recently mentioned in connection with another tragedy: the massacre of people in the House of Trade Unions in Odessa 2 May. So, it has already been established that in active contact with Parubiy there is an active participant in the Maidan in Kiev, the centurion Mikola. This is the same man in a bulletproof vest who, not hiding from a video camera, shot at the flaming building of the House of Trade Unions, in which people died.