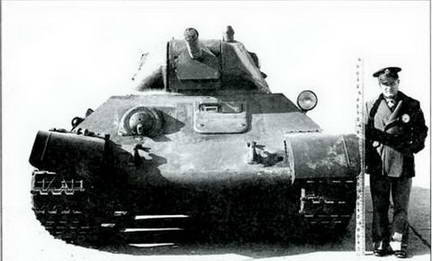 The UTZ at the beginning of 1942 was given the task of shipping five standard T-34 samples, two of which were to go a long way by sea - to the UK and the United States to be studied by Allied specialists of this “miracle of Soviet engineering thought”.


Tanks arrived in the USA presumably in April 1942, and in May they were tested at the Aberdeen Proving Ground. There, the T-34, which caused the greatest interest, underwent long-distance cross-country trials, together with the T-4 wheeled caterpillar tank, whose characteristics most closely corresponded to the performance characteristics of the domestic medium tank.

The first T-34 breakdown (truck burst) occurred approximately at 60-m kilometer, and after overcoming 343 km the tank failed and could not be repaired.

The breakdown occurred due to the poor performance of the air cleaner, why a lot of dust had accumulated in the engine and the pistons and cylinders were destroyed. The tank was removed from the test run, but was tested by firing a KB gun and a 3-inch gun of the M-10 self-propelled cannon, and then found its refuge in the collection of the test site in Aberdeen. The KB tank, despite the greatest fears from our tank builders, will withstand normal tests with a mileage of 50 km.

The hull shape of the T-34 tank was very much liked by all American experts, while KB — not. 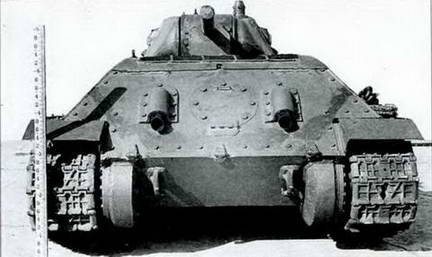 American experts believed. that, by changing the technology of seaming armor plates, it was possible to reduce their thickness, leaving the same projectile resistance. However, this statement was later not confirmed by practice.

The main disadvantage of the hull was water permeability as its lower part when overcoming water obstacles, and the upper part when it rained. In heavy rain a lot of water leaked through the cracks, which could lead to failure of electrical equipment and even ammunition. The location of ammunition found successful.

The main disadvantage noted for the tower and the fighting compartment as a whole - the cramped. The Americans could not understand how our tankers were mad in a tank in winter coats. There was a bad mechanism of rotation of the tower, especially since the motor is weak, overloaded and sparking terribly, resulting in burned resistance adjusting the speed of rotation, crumbled gear teeth. A wish was made to make a hydraulic turning mechanism or to leave only a two-stage manual. 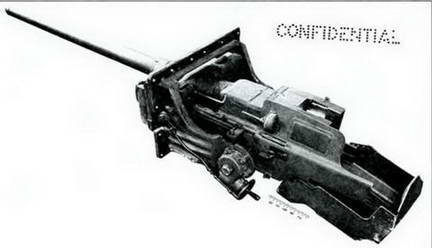 The gun F-34 liked the gunners for its simplicity, reliability in operation and ease of maintenance. The lack of a tool is recognized as an insufficiently high initial speed (around 620 m / s versus a possible 850 m / s), which is associated with the low quality of Soviet powder.

The design of the sight was recognized as beautiful, even the best in the world from the famous American designers, but the quality of the glass left much to be desired.

Steel tracks T-34 were simple in design, wide, but American (rubber-metal), according to their ideas, were better. The disadvantage of our track chain, the Americans found the low strength of the truck to break. This was aggravated by the poor quality of the track fingers.

The suspension on the T-34 tank was considered bad, because the Americans had unconditionally refused the “Christie” suspension as obsolete. At the same time, the suspension tank KB (torsion) is recognized as successful.

The diesel B-2 is lightweight and quick-turn. All the US military liked diesel tanks, they regretted that all the powerful diesel engines in the United States took the fleet for boats, which did not allow them to equip mass-produced tanks.

1) does not clean at all the air entering the motor;

2) the capacity of the air cleaner is small and does not provide the inflow of the required amount of air even when the motor is idling.

As a result, the motor does not develop full power and the dust falling into the cylinders leads to their quick triggering, compression drops and the motor loses power. 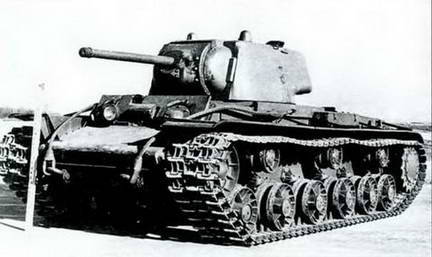 Tank KB-1 on tests at the Aberdeen Proving Ground. Spring 1942

In addition, the filter is made from a mechanical point of view is very primitive: in places of spot electric welding, the metal is burned, which leads to oil leakage, etc.

The KB filter on the KB tank is better made, but it also does not ensure the flow of sufficiently clean air.

Transmission unsatisfactory, obviously outdated design. During its operation on the test she had completely crumbled the teeth on all gears. On both motors, bad starters are thin and of unreliable design.

The T-34 and KB tanks were, from the American point of view, slow-moving, though due to good adhesion with the ground they overcame the slopes better than any of the American tanks. The welding of armor plates is extremely rough and careless. The radio stations during laboratory tests turned out to be quite good, however, due to poor screening and poor protective devices, after installing them in tanks, it was not possible to have a normal connection at a distance greater than 10 miles. The compactness of radio stations and their location in the machines are very successful. Mechanical processing of parts of equipment and parts with rare exceptions is very bad.
So, the Soviet T-34 and KB did not produce a furore overseas (? !!!! And then they had something to compare !!!). American designers have found in them both advantages and disadvantages, which is natural.

Information taken from the book "Tank power of the USSR."